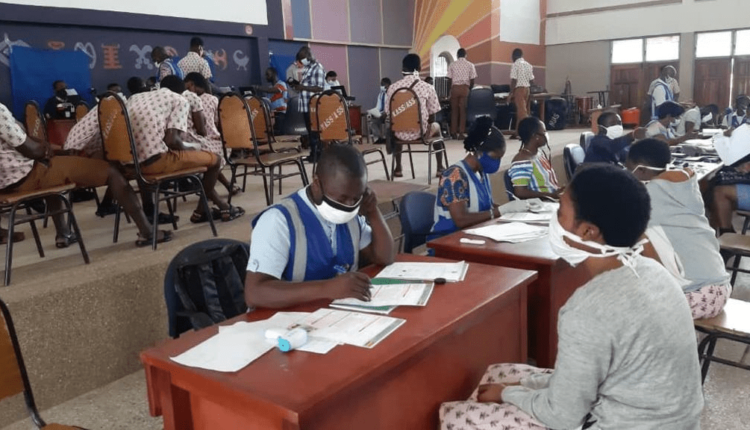 NDC suit against voter registration in SHSs adjourned to October 26

The case is expected to be heard after the legal vacation.

The NDC dragged the Electoral Commission (EC) to court over what the party said was an illegal registration of senior high school students.

According to the NDC, the senior high schools had not been gazetted for the registration and thus asked the court to nullify the three sets of voter registrations already conducted in the schools by the EC.

Both the Court and Counsel for the NDC at the time of the hearing on Tuesday, July 21, 2020, had not been served with the EC’s (defendant) statement of case and response to the application for an injunction.

Though the Court presided over by Justice E.K. Mensah, also made provision for the case to be heard during the legal vacation, lawyers for the election management body said they could not sit during the period.

After the court hearing, the Deputy General Secretary of the NDC, Peter Boamah Otokunor, said the EC had adopted an unfortunate delay tactic to frustrate the case.

“It is rather unfortunate that the Electoral Commission is playing delay tactics. They know exactly what the rudiments of the courts are.

“They know the courts will be going on vacation and by the time they resume, the exercise would have ended, but what they do not know is that the issues we have raised if you think you are swerving it, you will not be able to swerve it.

“We are coming back to the court on the 26th of October, but we are very sure that by then they would have finished the exercise and we are hopeful that even though they would’ve finished exercise, we can still take action of the issues we’ve raised,” he said.