The opposition National Democratic Congress (NDC) has called on the management of Multimedia Group Limited to sanction their journalist, Nana Akua Acheampomaa Sarfo-Adu, within the next 2 days for what they claim to be her derogatory remarks about their flagbearer.

The opposition party emphasized that failure of the management to sanction the staff in question will leave the party no other choice than to boycott all the platforms of Multimedia Group Limited.

The journalist, Nana Akua Acheampomaa Sarfo-Adu, in a live radio broadcast on Monday, November 11, 2019, described the former President, among others, as a hypocrite who engaged in an act to score cheap political points after video of the former President weeding went viral.

John Mahama was recently spotted with a mower weeding close to a roundabout on the road popularly referred to as ‘Mahama Road’  linking Teshie, 37, Spintex Road and Airport because “it was overgrown with weeds and obstructing motorists’ view.”

The party contended that the host of the ‘Kanawu’ show “hurled insults and unprintable words on the person” of Mr. Mahama.

In a statement released by the party and signed by the National Communications Officer, Sammy Gyamfi, sighted by The Ghana Report the party noted, “The NDC is appalled by and disgusted by the uncouth and unprofessional conduct of the said presenter” 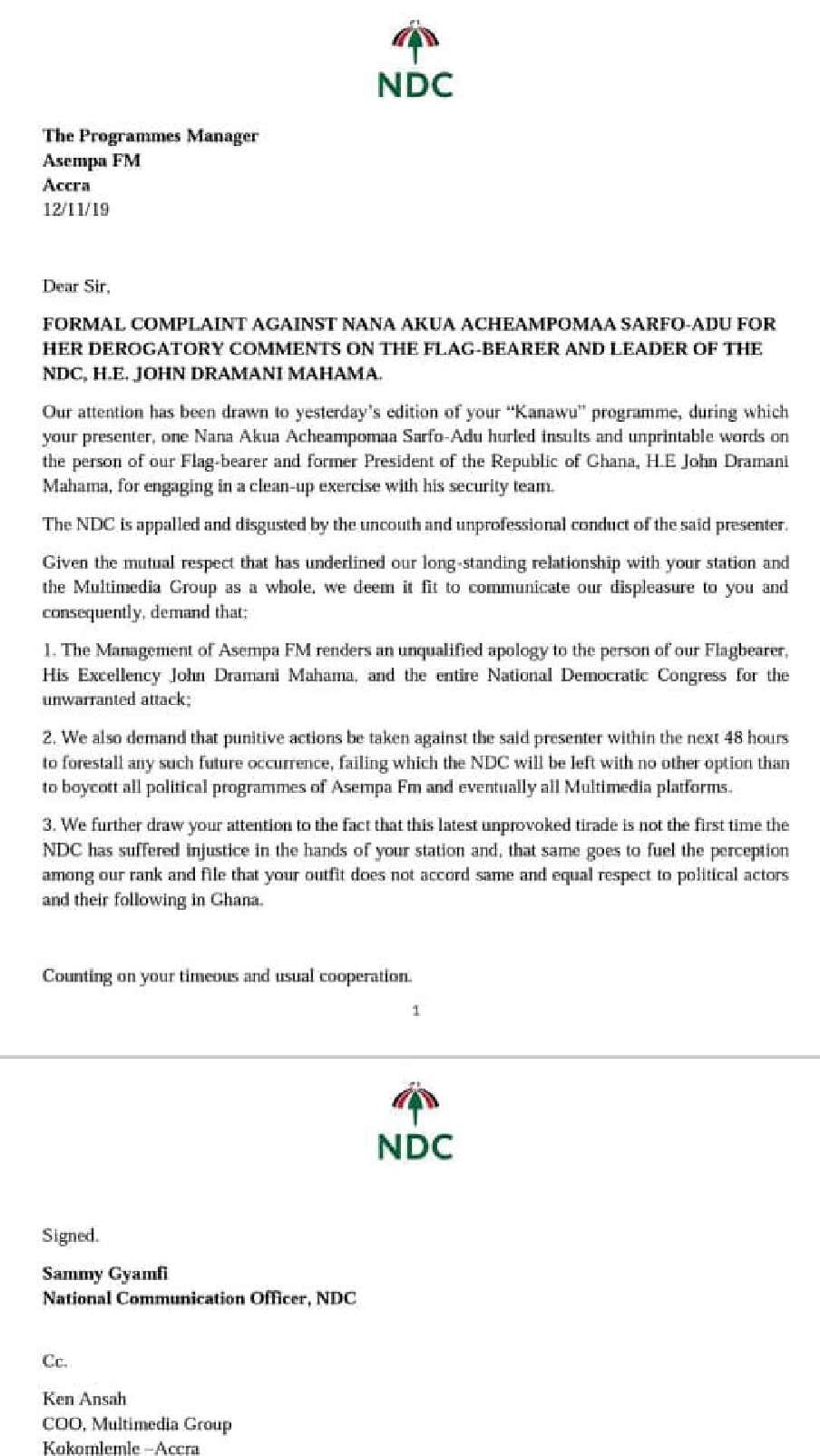