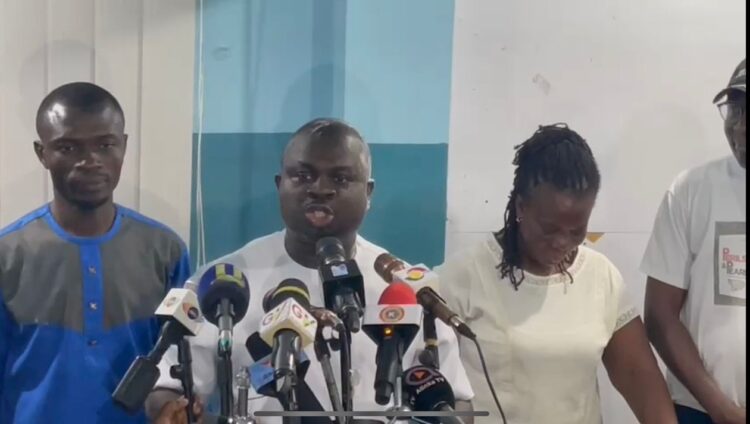 The newly-elected President of the Ghana Journalists Association (GJA) Albert Kwabena Dwumfour has been sworn in despite a lingering court injunction.

Mr Dwumfour, together with five other executives were sworn in at the Accra International Conference Centre in Accra on Friday, 30 June 2022.

The campaign team for Mr Dwumfour told journalists that they have not been served any suit hence nothing barred him from taking the oath of office.

Last Friday, June 24, over 800 members of GJA voted to elect the new national and regional executives.

However, a member of the association Justice Lee Adoboe sued the GJA (1st defendant), past President of the Association, Roland Affail Monney (2nd defendant) and Mr Dwumfuor (the 3rd defendant) for alleged corruption during the polls.

As a result, an injunction was placed on the induction of the newly-elected GJA President.

Justice Lee Adoboe in his suit contends that the bribery allegations levelled against Mr. Dwumfuor ought to have been investigated before the elections were held.

The injunction was served to the officers of the GJA on Wednesday, a day earlier than the swearing in of the newly elected executives.

Justice Lee Adoboe is praying the court to declare the election of Albert Dwumfuor as GJA President null and void.

In the suit, Justice Lee Adoboe alleged that Albert Dwumfuor together with the CEO of Tobinco Pharmaceuticals, Samuel Amoh Tobin, prior to the conduct of the elections, organized a buffet for GJA members in the Western Region at Atlantic Hotel in Takoradi.

He noted that despite a petition by the GJA Western Regional Chairman, Moses Dotsey Koblah Aklorbortu, to the Election Committee for the alleged conduct to be investigated, the committee went ahead to hold the elections and declared Albert Kwabena Dwumfuor winner.

The suit also said that the plaintiff went ahead to petition the Election Dispute Adjudication Committee against the alleged conduct of the newly-elected GJA President.

The plaintiff requested for the swearing in to be halted pending investigations into the alleged breach of the GJA constitution.

But it appears that the Election Dispute Adjudication Committee did not heed the plea of the plaintiff and had scheduled June 30 for the swearing-in ceremony.

To this effect, Justice Lee Adoboe, wants a court order restraining the swearing in of Albert Dwumfuor as GJA President. 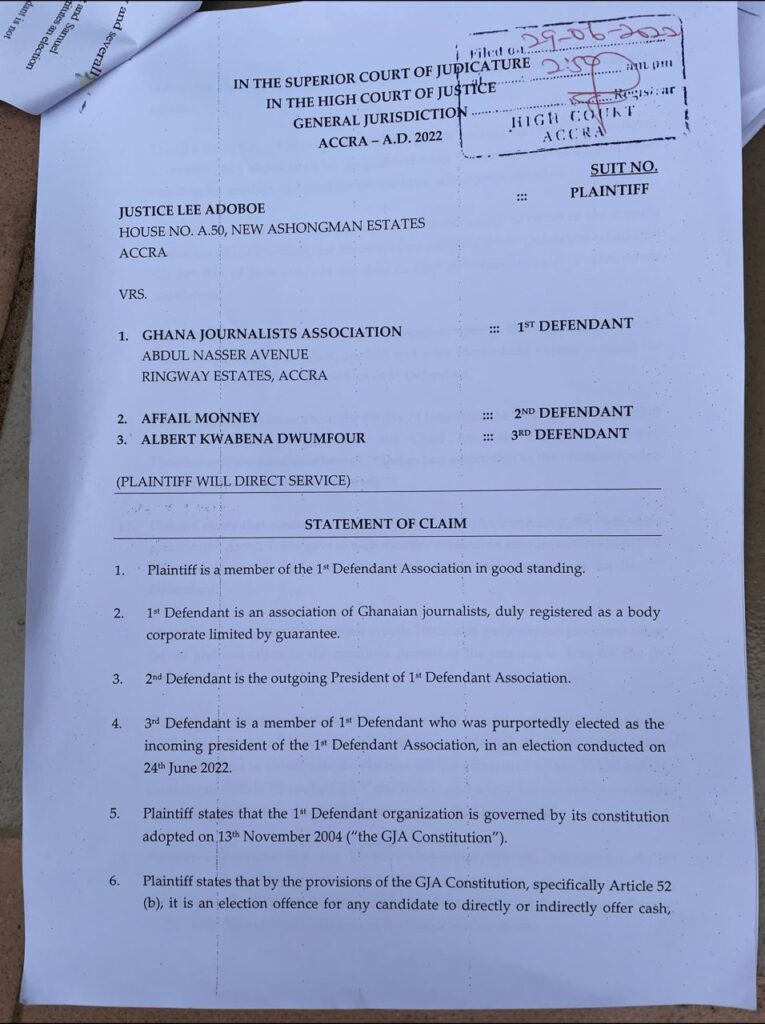 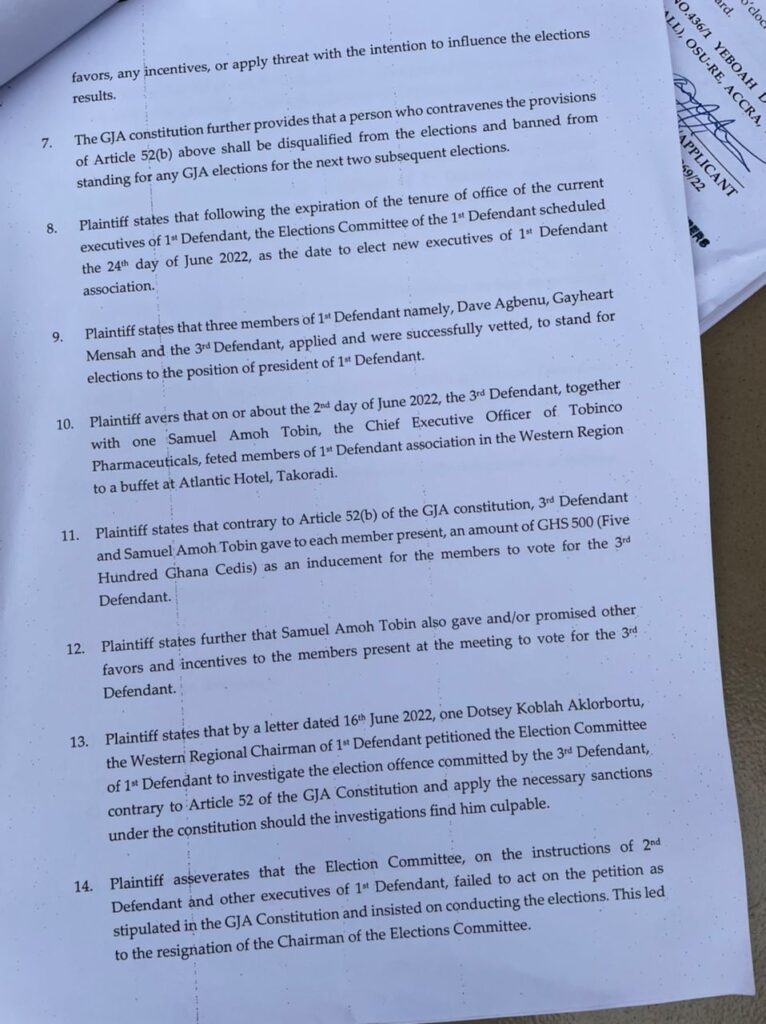 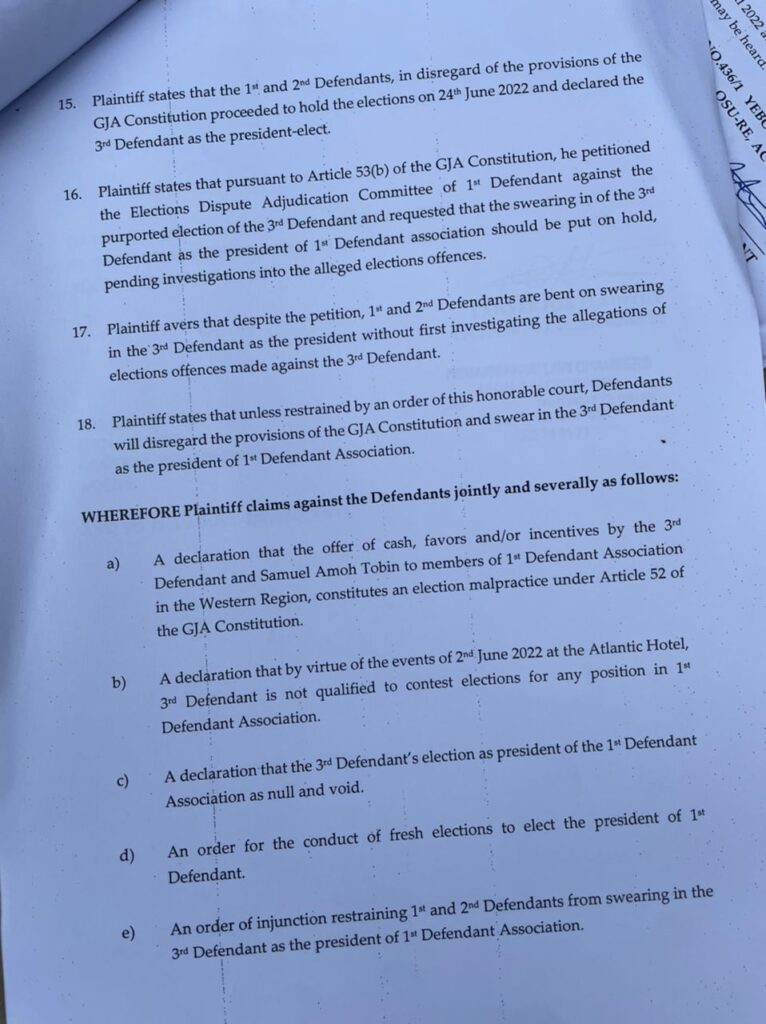 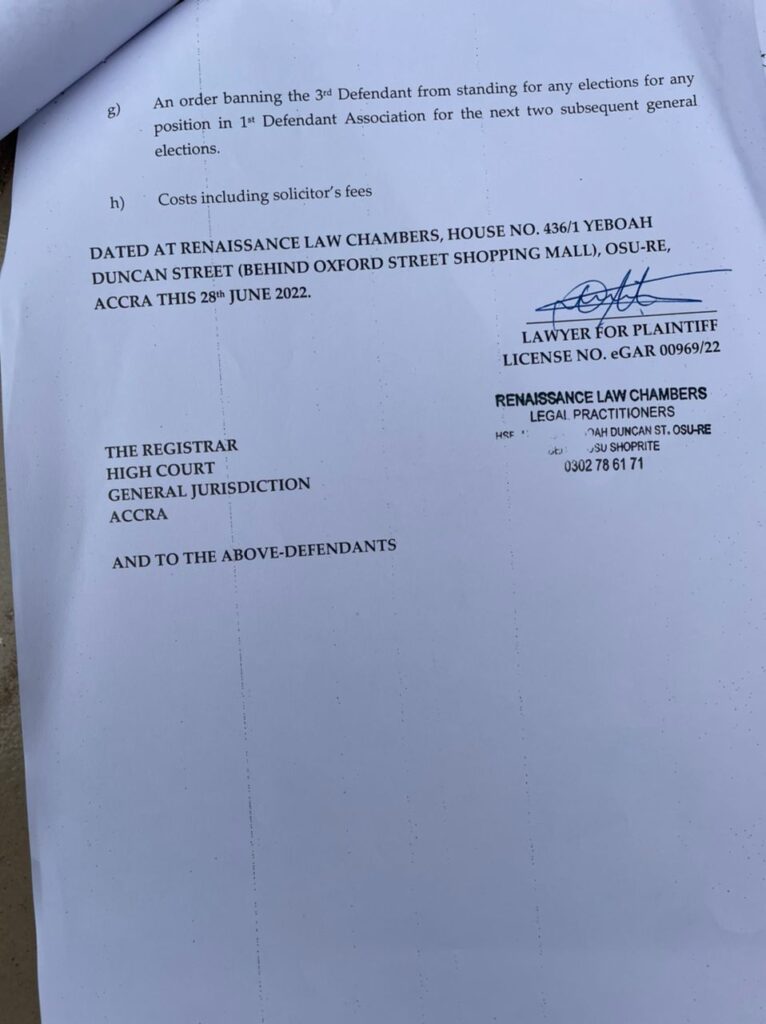