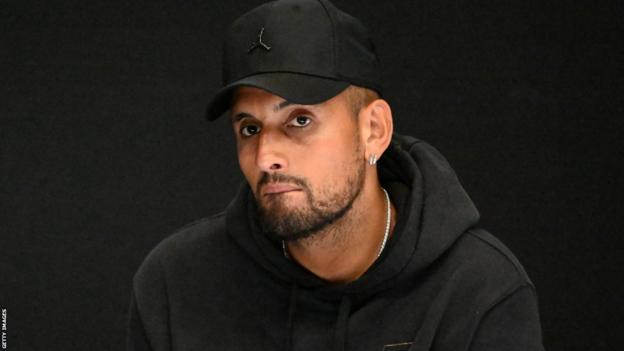 Nick Kyrgios has had surgery after pulling out of the Australian Open with a knee injury.

The Wimbledon runner-up, who was among the favourites to win the title at Melbourne Park, withdrew a day before his opening singles match.

“I’ll be doing everything I can to get back to my best,” the 27-year-old said on Instagram, alongside a photograph of himself in a hospital bed.

The Australian was also unable to defend his doubles crown.

Kyrgios, who withdrew because of a cyst growing in his meniscus, expects to be fully recovered to play at Indian Wells in March.

“To the real ones checking in and sending the vibes…. I love you,” he added.