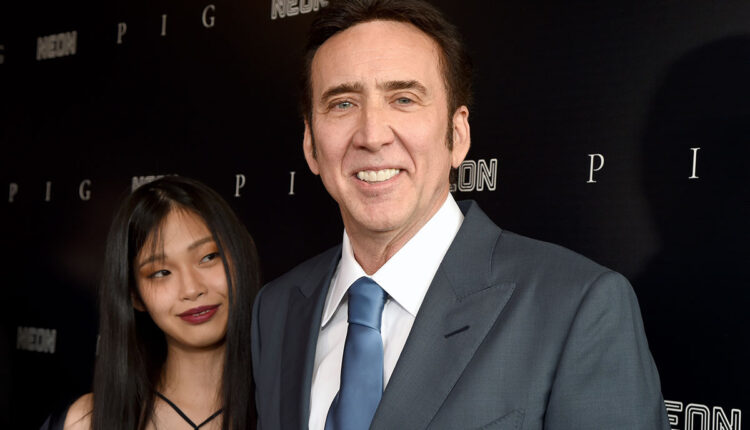 Nicolas Cage has found the one.

Speaking with the Los Angeles Times, the 58-year-old Pig actor was asked to list his favorite things in life, and, according to the newspaper, he named his wife Riko Shibata first and foremost. The pair, who wed on Feb. 16, 2021, are currently expecting their first baby together, Cage’s third.

“I’m really happily married. I know five is a lot, but I think I got it right this time,” he said.

Cage and Shibata, an actress, tied the knot during a “very small and intimate wedding” at the Wynn Hotel in Las Vegas on Feb. 16 of last year, honoring his late father’s birthday. “It’s true, and we are very happy,” he told PEOPLE in a statement at the time.

The couple met in Shiga, Japan, through mutual friends while Cage was filming Prisoners of the Ghostland.

The couple then posed for their first-ever joint magazine cover for Flaunt magazine, which debuted in October 2021. The following month, the pair walked the red carpet of the 2021 GQ Men of the Year party in West Hollywood.

Cage and Shibata had made their red carpet debut in July at the premiere of Cage’s movie Pig.