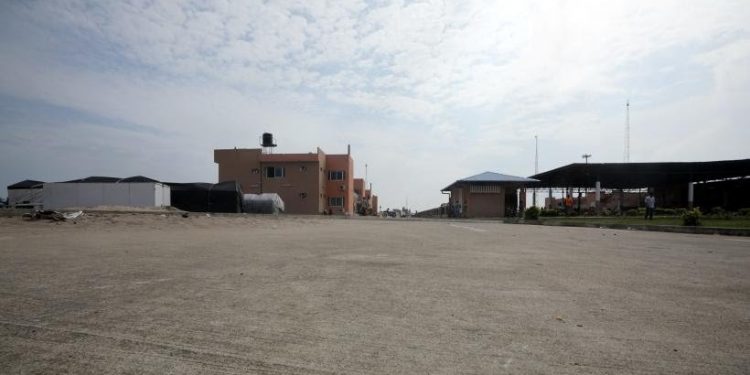 Representatives of both the Ghanaian and Nigerian governments will today, Monday, November 4, 2019, meet to discuss possibilities of opening Nigeria’s border to Ghanaian traders.

The border which was closed in August 2019, according to the Ghana Union of Traders’ Associations (GUTA) has affected their businesses.

Over the weekend, the Nigerian government announced the extension of the border closure to the end of January 2020.

A Deputy Trade and Industry Minister, Carlos Ahenkorah, while speaking in an interview over the weekend said he was hopeful the two parties would reach an agreement that would facilitate trade between the two countries.

“You heard me say that we are going to create a special window for these Ghana trucks to be able to move in, and the Foreign Affairs Minister of Nigeria promised to do this with Ghana and to have that exchange. So the Commissioner of Customs for Ghana and that of Nigeria are supposed to sit down and come up with modalities on Monday. He went further to promise that on Monday we are having a crunch meeting and after that meeting, they are going to come out with a brilliant announcement and so we should all open our ears,” he said.

Nigeria closed its frontiers in what it says is to stop the smuggling of products from its neighbouring West African countries into Nigeria.

The action taken by Nigeria was to express its displeasure at the attitude of the Beninese authorities in order to elicit their cooperation.

The closure of the borders which started in August 2019 was expected to be in force for twenty-eight (28) days, however, it looks like the issues remain unresolved thus the continuous closure.

Many trucks have been stranded at the Seme border for several weeks now.

Nigeria over the weekend extended the period for the closure of its Seme border till January 31, 2020.

The extension which was approved by its President, Muhammadu Buhari is said to be as a result of the ‘overwhelming success’ the closure has chalked in the face of the country’s economy and security.

A memo dated November 1, 2019, and addressed to the Sector Coordinators of the Joint Border Operation Drill announced that;

“I am directed to inform you that it is observed that despite the overwhelming success of the operation, particularly the security and economic benefits to the nation, a few strategic objectives are yet to be achieved. Against this background, Mr President has approved an extension of the exercise to January 31, 2020.”