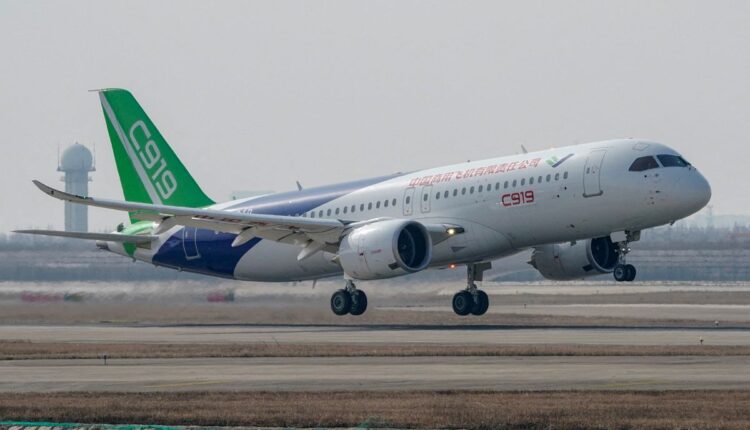 Sirika said the new airline would have a mixture of Airbus and Boeing planes, but added the carrier is also willing to look at the Chinese narrowbody jet, which Chinese regulators certified on Friday.

“We haven’t looked at that C919. But if it’s as good as the others then why not,” he told Reuters on the sidelines of the United Nation’s aviation agency’s triennial assembly in Montreal, Canada.

On Friday, China hailed the development of its first medium-haul passenger jet as the embodiment of the country’s drive towards self-sufficiency, with safety approval awarded to a plane that aims to challenge Western aircraft giants for orders.

The first C919 aircraft, designed to compete with popular single-aisle models made by Airbus and Boeing, will be delivered by the end of the year, state Xinhua News Agency said.

It remains unclear when the plane might be certified by the United States or Europe, opening the way to sales in most foreign markets, but industry analysts say it will be up to a decade before China can seriously tackle the existing Boeing-Airbus duopoly.

“China and Nigeria (have a) very cordial and friendly relationship with mutual benefits,” Sirika said.

For decades, China has loaned billions of dollars to Africa to build railroads, power plants and highways as it deepened ties with the continent while extracting minerals and oil.

Nigeria, Africa’s most populous nation, is the top importer of Chinese goods, hoovering up $23 billion worth in 2021.

Nigeria’s poor transport and power networks have stymied economic growth for decades, holding back the distribution of wealth in Africa’s biggest economy where 40% of people live below the national poverty line.

However, the country is growing its aviation sector, where traffic is now above pre-COVID-19 pandemic levels, Sirika said. The airline is one of President Muhammadu Buhari’s 2015 election campaign promises.