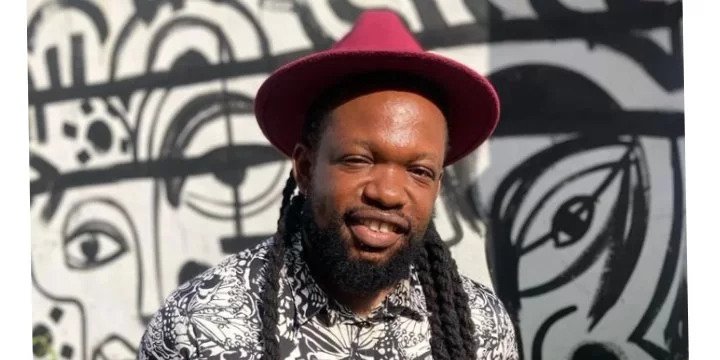 He was found dead at his Badore Ajah apartment on Tuesday night. His death is coming two days after that of cerebral filmmaker Biyi Bandele.

He was said to have seen his doctor, who, after checking him, told him his blood pressure was about 200 and asked him to rest.

Film critic, Shaibu Husseini, said that late Mr. Njama sent him a formal invitation for his much anticipated ‘Sweet Mother Concert’ and followed it up with a call to ensure his attendance.

“The show is held tomorrow, but this morning, we heard that the Filmmaker of ‘inhibition’ Fame Otu Njama 3 is dead,” he wrote on Facebook.

He described the late Mr. Njama’s demise as shocking, tragic, and devastating!

“To know he joined us yesterday to tribute Biyi Yester’s elite WhatsApp platform for creatives FILMIC!

“Journey well, Otu Njama! You were too good to die! Safe bro! Lord, please end this foul spirit of untimely death,” he added.

It is said that some people are known to have a premonition of their demise.

Perhaps this was the case for the late Mr. Njama.

He wrote, “I got more greens than a grocery store, Sunkissed by God; what do I need the rosary for?”

His most notable work as a filmmaker is the documentary chronicling the song ‘Sweet Mother’ by the legendary singer Prince Nico Mbarga.

In collaboration with Chocolate City, the documentary is titled ‘Sweet Mother: The Untold Story.

The documentary is to serve as a 25th Posthumous anniversary celebration in honor of music legend Prince Nico Mbarga.

According to information, the documentary was due for screening on Thursday at a 70s-themed show titled ‘Throwback with Nico Mbarga’.

Featuring entertainers, family, and close friends of Prince Nico Mbaga, the documentary spotlights his hit song, ‘Sweet Mother’, and the disputes about royalties to the music.

Unfortunately, the late Mr. Njama did not live to see that happen.

Njama was also a director and actor. His directorial feature debut film is the 2019 thriller ‘Inhibition’.

Besides that, he is also the brain behind ‘Experience Marathon’, a 2015 documentary centered around athletics.