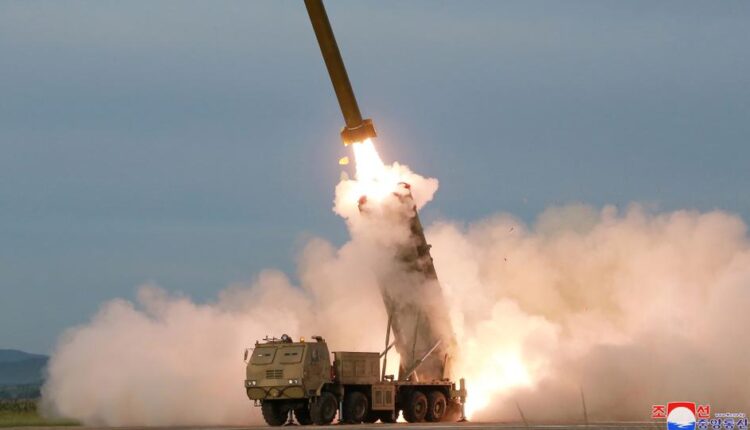 North Korea fired what has been described as an unidentified projectile towards the Sea of Japan, South Korea’s Joint Chiefs of Staff said.

The Japanese Coast Guard also said an object was fired and that it may have been a ballistic missile.

If it is a ballistic missile, it contravenes UN resolutions designed to curb the North’s nuclear activities.

It comes just days after North Korea tested a long-range cruise missile capable of hitting much of Japan.

The UN Security Council does not forbid the test of cruise missiles.

But it considers ballistic missiles to be more threatening because they can carry bigger and more powerful payloads, have a much longer range, and can fly faster.