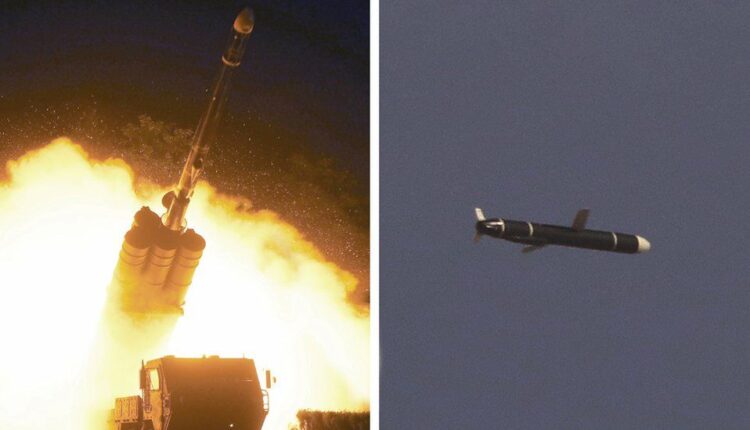 North Korea has tested a new long-range cruise missile capable of hitting much of Japan, state media said on Monday.

Tests staged over the weekend saw missiles travelling as far as 1,500km (930 miles) away, according to KCNA.

However, it does not violate UN Security Council resolutions – they have lead to tough sanctions on North Korea in the past.

But it suggests the country is still capable of developing weapons despite food shortages and an economic crisis.

The test of the cruise missile provides “strategic significance of possessing another effective deterrence means for more reliably guaranteeing the security of our state and strongly containing the military manoeuvres of the hostile forces,” KCNA said.

The US military said the test showed North Korea’s “continuing focus on developing its military programme and the threats that poses to its neighbours and the international community”.

It added that US commitment to defending allies South Korea and Japan “remains ironclad”.

South Korea’s military said it was doing an in-depth analysis of the launches with US intelligence authorities, according to news agency Yonhap.

Top-level officials from the US, South Korea and Japan are due to meet this week to discuss North Korea’s denuclearisation process.