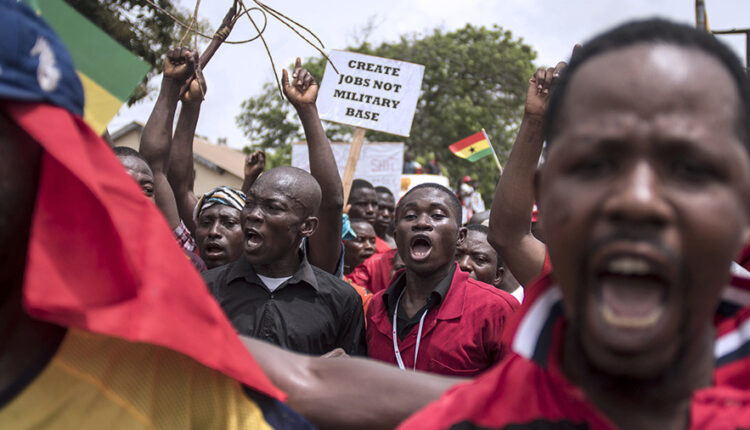 There is no court order restraining #FixTheCountryNow protesters from their intended street demonstration, a five-member panel of the Supreme Court has ruled.

The panel presided over by Justice Yaw Appau explained that the order given by an Accra High Court judge barring the protesters from an intended demonstration on May 9 had long elapsed.

The court was of the view that the order or injunction barring the protesters had a life span of 10 days, and the order became inexistent after 10 days.

“There is no order preventing your clients (Protesters) from holding any demonstration. The law is clear that the injunction should last past 10 days. There is nothing restraining you, so what is your problem,” Justice Appau reiterated.

In its ruling, the court also said it could not grant the second leg of the application which was asking the apex court to restrain the Ghana Police Service from interfering should they set a date for the intended demonstration.

The judge’s ruling comes after Attorney General Godfred Yeboah Dame and counsel for the protesters’ Justice Srem Sai, argued their hearts out.

The Attorney General who said the application was misconceived and unwarranted urged the apex court to dismiss it. He pointed that there was no order in force against the applicants.

He noted that the order made by the Accra High Court had long elapsed, and therefore, there was nothing to be ruled on.

Mr Dame referred the court to the SALL case, where lead counsel Tsatsu Tsikata was able to secure an injunction.

“In the case of Republic versus Ho High Court, that is the SALL case, thought the judge had permission to grant an injunction, it was limited by time so the application died a natural death and was long buried,” he explained.

Counsel for the protestors Justice Srem Sai on the other hand, had argued that the order from the Accra High Court seemed to suggest that the applicant were restrained indefinitely.

Clash with protesters at the Accra High Court

At the last sitting, personnel of the Ghana police were engaged in some clashes with #FixTheCountryNow protesters who had gone to the court for the hearing of the anti-demonstration injunction.

Over a dozen protesters stormed the court in #FixTheCountryNow shirts, placards and Ghana flags. 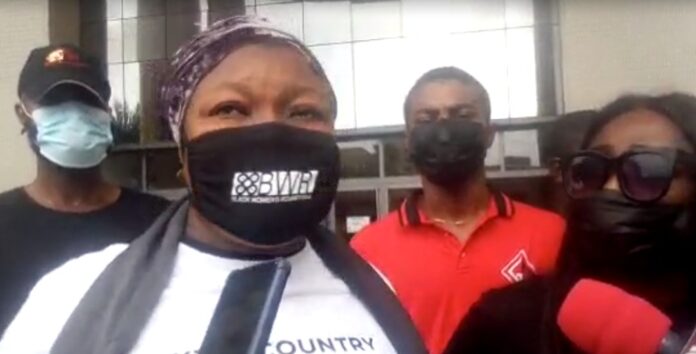 However, the police on duty prevented them from entering the premises of the high court with placards.

This led to a stand-off as videos circulating on social media showed one police in heated exchanges with a lady.

The court presided over by Justice Ruby Aryeetey was informed about the incident, and she subsequently directed the convenors who are the respondent in the case to come to the court individually.

Six of the #FixTheCountryNow convenors subsequently entered for the hearing.

The pending case at the High Court asking that the protestors be restrained from hitting the streets is due for a hearing on June 14, 2021.