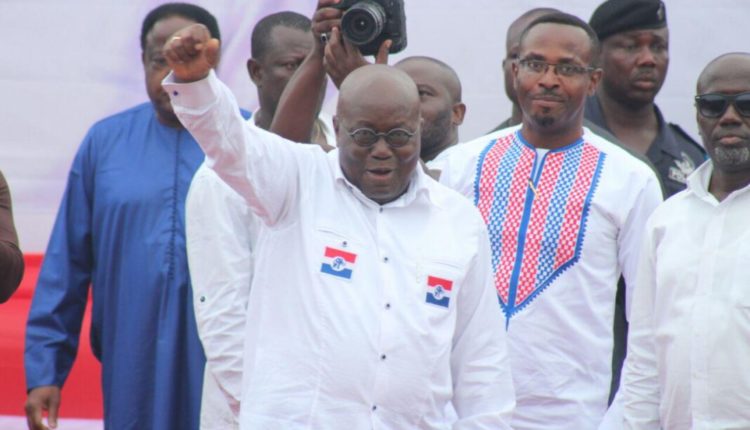 Amid the COVID-19 scourge, the usual bubble and buzz that accompanies such events will be missing, as only members of the party’s National Council will officially endorse the President for another term.

However, the Alisa Hotel in Accra will certainly host some of the crème de la crème of the party, as they formally give their candidate their backing for a spot on the ballot on December 7.

President Akufo-Addo is the only candidate who filed to contest the ruling party’s presidential primary at the close of nominations, on February 20, 2020.

It will be the fourth time Nana Akufo-Addo will be on the Presidential ballot sheet after a failed attempt in 2008 and 2012 against late President, J.E.A Mills and John Mahama, respectively.

He, has, however, been in many of the party’s internal races for the presidential ticket since 1996.  He failed in an attempt to face J.J Rawlings in the 1996 elections, which J.A Kufuor won but lost the ultimate competition to the then sitting President, Rawling.

Nana Akufo-Addo again contested in the NPP’s primaries in 1998, which Kufuor won and beat J.E.A Mills in 2000. Undaunted by the series of internal defeats, he again entered the battle in 2007, won it but was defeated by Mills in the 2008 elections.

Unfazed, he again went for the ticket in 2010 and lost to Mahama. But luck smiled on him in 2014 when he won the NPP primaries and made history by defeating incumbent President, Mahama.

The party’s National Organiser, Sammy Awuku, has served notice that the party would not welcome persons who are not members of the National Council.

He said the acclamation event was not the time for the uninvited big wigs in the party to show their importance by turning up for the event.

“We don’t want to embarrass anyone. Please don’t come to the Alisa Hotel if you are not a member of the National Council,” he said.

This is the second time a sitting President from the New Patriotic Party would be given popular acclamation.

President J.A Kufuor was similarly endorsed for the 2004 elections.

She had less than 5% of the total vote cast during the primaries.

In 2015, President John Mahama went solo during the primaries as the party disqualified his sole contender, George Boateng, for being mentally impaired.