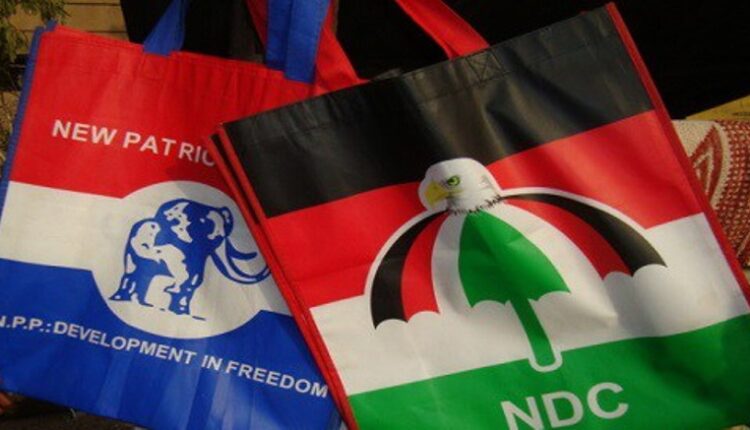 Ghana has gone through eight successful general elections since 1993, with the ninth yet to happen. Next year, the country will go through another epoch elections, with some dubbing it “Breaking the eight” and others “Rallying for victory 2024”.

As the country continues to consolidate its democracy and reap the dividend thereof, it will not be out of place to commend the citizens and indeed all stakeholders for the various roles they have all played since the inception of the Fourth Republic to entrench the country’s democracy which has seen a transfer of political power between the two leading parties in the country, the ruling New Patriotic Party (NPP) and the opposition National Democratic Congress (NDC).

Other political parties, small as they are, such as the Convention People’s Party (CPP), the People’s National Convention (PNC), the Progressive People’s Party (PPP), Liberal Party of Ghana (LPG), and the Great Consolidated Popular Party (GCPP) among others, have all played various roles in the democratic dispensation and must share in the commendation.

Furthermore, it will also not be out of place to laud the people for working to sustain and uphold the democratic values and culture of the country that has ensured the sustenance of peace, unity and stability in spite of the differences in political ideology. I say ayekoo to them.

My focus today, however, is on the two major parties — the NPP and the NDC — who have successfully reorganised their party structures from the polling station to the national level, all in readiness for the 2024 general election. Congratulations to them.

What is left, is for them to complete the reorganisation exercise with the election of their flag bearers and parliamentary candidates for the 2024 polls. Already, some stalwarts of the two parties are lacing their boots to either contest the flagbeareship or the parliamentary polls.

So far, the NDC and the NPP are managing their electoral process quite well and working hard to iron out the rough edges.

Nonetheless, we cannot shy away from the fact that the processes might have left bruises on some disappointed contestants and their supporters, and how the respective parties deal with the matter will go a long way to determine how they will perform in the 2024 general election.

After all, disunity could break their front. It is therefore refreshing to know that both the NPP and the NDC have already initiated an intra-party reconciliation moves to close their ranks as they gear and pick up for the 2024 elections.

Without any doubt, these internal reconciliatory gestures are positive steps to traverse the democratic journey we have embarked upon. After all, a house divided against itself cannot stand.

So far, we have seen the leadership of the NPP visit Cape Coast, the Central regional capital, with their counterpart, the NDC, also pitching camp in Kumasi, the Ashanti regional capital, to engage in reconciliation talks with members. Both parties have also criss-crossed each other’s path in the Volta Region, all in a bid to galvanise their support base in order to win the mandate of the people in that region.

But all said and done, it will be a feather in their cap if the two political parties go beyond their respective intra-party reconciliation talks and build a united country. Ghana is reeling partly because of extreme partisanship which continues to sink the country further.

With both parties seeing the need to engage in this reconciliation process, I believe taking it a step further to involve the citizenry will go a long way to show the readiness of the ruling and opposition parties towards the next general election.

If the saying, “divided we fall, united we stand’’ is anything to go by, I see this move by the two parties as a healthy step for the growth and sustenance of the country’s multiparty democracy.

While there may seem to be time to go into 2024, it is the party that prepares well and organises well that can win the trust of the people.

At the end of the day, if we have all the recognised political parties in the country putting their houses in order, it will present the electorate with a choice to make a better and effective decision.

I therefore wish the leadership of the NPP and the NDC well in their efforts to reconcile members of their respective parties ahead of the 2024 general election, but let us do that with the nation also in mind.

Indeed, we all need one another and a united nation in all our endeavours to stay prosperous.