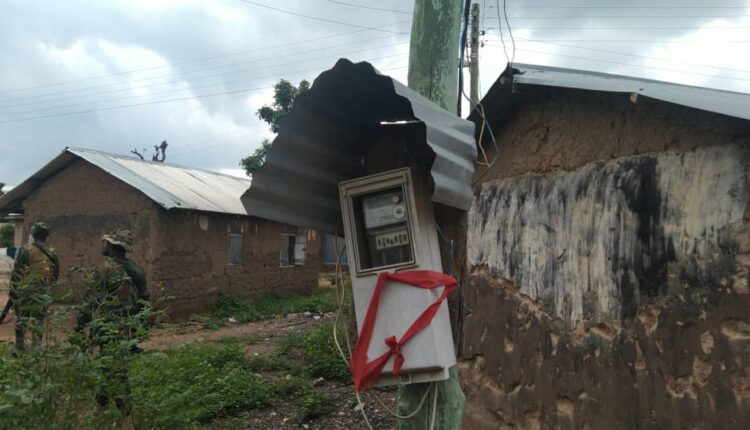 Two persons believed to be victims of military brutality have been discharged from the St. Martin De Porres Hospital in Agormanya for suspected gunshot wounds.

The victims are residents of Nuaso in the Lower Manya Krobo municipality, where Electricity Company of Ghana (ECG) personnel tried to install prepaid meters on Monday, 22 August 2022.

According to the administrator of the facility, Emmanuel Bosompem, two persons have been discharged while the remaining six were still receiving treatment.

“This morning, everything is fine. The one who was in a critical condition is doing well, and the other five are better.

“They were all injuries resulting from gunshot wounds… some were hit in their shoulders and others too, I think it hit their legs,” Mr. Bosompem said.

He added that minor surgery were performed on the victims. Hence, no further referrals will be required.

On Monday, there was tension at Nuaso Old Town in the Lower Manya Krobo Municipality of the Eastern Region over the installation of prepaid meters by the Electricity Company of Ghana (ECG) few days after restoration of electric power to the area.

The residents said a team from the power company with military personnel stormed their houses to install prepaid meters. However, they were subjected to severe beatings.

Their crime, according to them, was their refusal to accept the prepaid meters.

They claim that the assault has led to injuries on their bodies as they have been left with deep wounds.

Speaking on the issue, the ECG in the Tema Region explained that there was resistance by some residents when a woman threatened to pour hot oil on the ECG and military personnel.

Suddenly, crowd started massing up around one ECG team, but the military was able to retrieve a cutlass from one of the aggrieved persons who threatened to inflict cutlass wounds on them.

According to ECG, there have been reports of constant verbal abuse and attacks on the installation personnel in Nuaso Old Town.

Meanwhile, ECG has withdrawn its team from Nuaso Old Town and condemned the attacks and unfortunate situations, calling for peace and calm so they can discharge their duties.