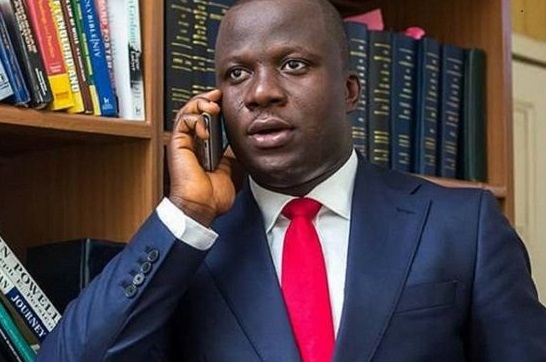 Pressure group OccupyGhana has expressed surprise at a directive by the Lands and Natural Resources Minister for the Forestry Commission to halt the operations of a mining company, Akonta Mining Limited, for allegedly mining without a lease.

According to OccupyGhana in a letter addressed to the Minister, Samuel Abu Jinapor, his directive is not far reaching enough as the mining laws are clear on what sanctions await offending businesses and their officials.

The group wants the Minister to refer the facts and evidence available to him that show that Akonta Mining is operating in breach of the law, and which formed the basis for the directive, to the police and the Attorney-General for further investigation and prosecution of the company and its directors and officers.

Below is the letter by OccupyGhana.

The Minister
Ministry of Lands and Natural Resources
Accra

Just two days ago, on 28 September 2022, we wrote an open letter to the President to ‘ensure that the law, namely the Minerals and Mining Act, 2006 (Act 703), as amended, is enforced without fear and favour and irrespective of whose ox is gored.’ Today, we have seen a Press Release from your Ministry, stating that you have directed the Forestry Commission to halt the mining operations of a company called Akonta Mining Limited in the Tano Nimiri Forest Reserve. You state that the basis for this directive is that the said company is undertaking the mining operations without a mining lease (we have attached a copy of your Press Release to this letter, for ease of reference.)

While congratulating you on this step, we would be taken aback if that was all you did. If the company is engaged in the activities that you have alleged, then it is committing an offence that is punishable by fines and prison terms between 15 and 25 years. Specifically, section 99(2)(a) of Act 703 provides that:

‘A person who, without a licence granted by the Minister, undertakes a mining operation contrary to a provision of this Act, … commits an offence and is liable on summary conviction to a fine of not less than ten thousand penalty units and not more than fifteen thousand penalty units and to a term of imprisonment of not less than fifteen years and not more than twenty-five years.’

The company’s directors and officers would also be culpable because under section 107(1)(a) of Act 703,

‘Where an offence is committed under this Act or under Regulations made under this Act by a body of persons, in the case of a body corporate …, each director or an officer of the body shall also be considered to have committed the offence.’

We therefore demand that you forthwith refer the facts and evidence in your possession that show that the said mining company is undertaking mining operations in breach of the Act, to the police and the Attorney-General for further investigations and prosecution of the company and its directors and officers.

We are copying the Attorney-General, Inspector-General of Police, Minerals Commission, and Forestry Commission on this letter and demanding that they take immediate steps to enforce the law.

Yours in the service of God and Country