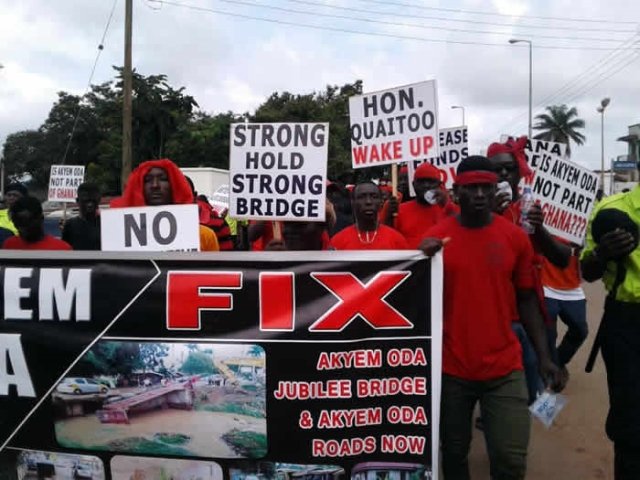 Oda residents up in arms against gov’t over broken bridge

Some residents of Akyem Oda in the Eastern Region have taken to the streets to protest delays by the government to release fund for the rehabilitation of an important access bridge in the area.

The dilapidated bridge near the Jubilee Hospital links the main Oda township to the capital city, Accra and the Central Region.

Led by the Akyem Oda Concerned Citizens Association (AKOCCA), the residents say the deplorable state of poses danger to residents and road users.

They want the government to deal with the situation swiftly.

Drivers say their vehicles get trapped in large craters that have developed on the bridge.

In June this year, a tipper truck with registration number GT – 7528 -15 fell off the edge of the bridge.

That incident prompted a similar protest by citizens led by AKOCCA.