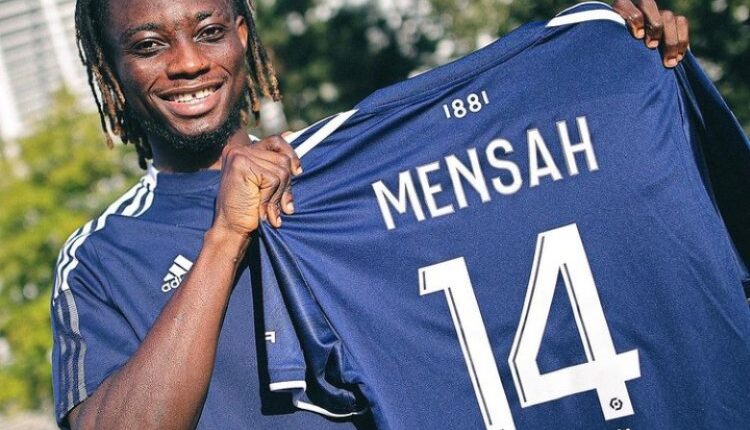 The 23-year-old has joined the Marines and Whites lads on a season-long loan deal with an option to buy from Red Bull Salzburg.

He passed his mandatory medical examination on Tuesday before penning the deal.

The left back has been handed his favorite #14 jersey.

Mensah spent last season on loan at Portuguese top-flight league club Vitoria SC where he managed to make 23 appearances for the club.

The former Ghana U23 full-back was previously farmed out to Liefering FC, Sturm Graz and SV Zulte Waregem.

Mensah has a contract with Red Bull Salzburg until the summer of 2024.