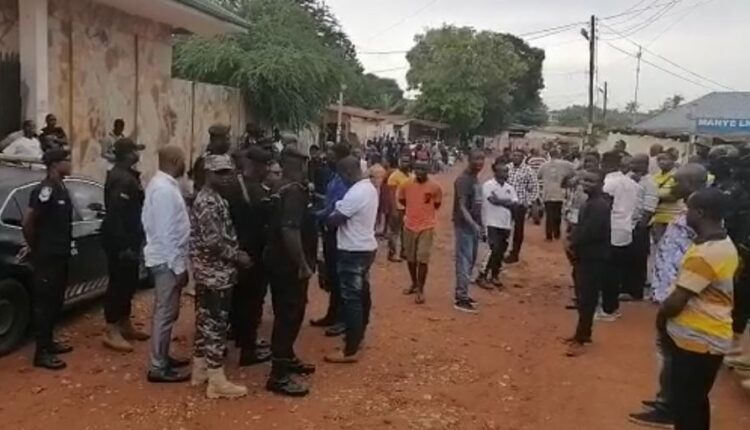 Four delegates of the governing New Patriotic Party (NPP) are in police grips for causing confusion at the ongoing constituency elections at Okaikwei South.

Delegates at the constituency were protesting what they said were unfair processes citing over 400 names that had been removed from the register.

They also alleged that the register had the names of illegal persons who were members of the opposition National Democratic Congress (NDC).

The aggrieved persons demanded to be allowed to vote and blocked Electoral Commission (EC) officials who had made their way to the venue to conduct the polls at about 7:00 AM.

They gathered in large numbers to obstruct the process forcing the police to intervene.

The presence of the fully-armed men did not deter the protestors as they continued to pelt the law enforcement officers with stones. 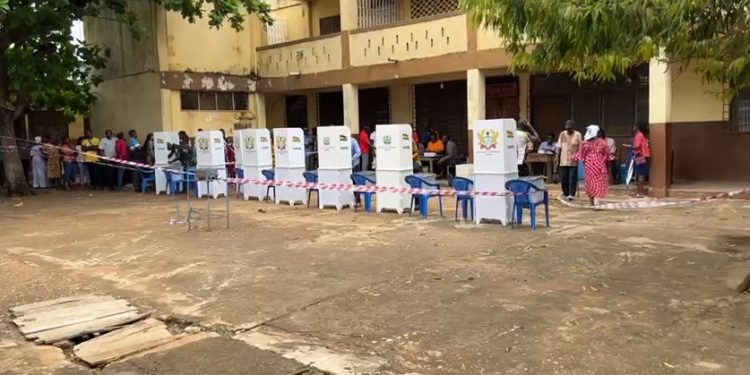 The cops managed to arrest some of the people involved in the violence.

The Kaneshie Divisional Police Commander, ACP Faakye Kumi, revealed that the culprits would be processed and prosecuted.

“As the agitations are rising, we have to make sure there is calm, so we will be here till the election is over to provide security to the people. We have, however made some arrests and will take them through the due process of the law.”

The police managed to restore calm for the voting processes to commence.

Meanwhile, the First Vice-Chairperson of the Constituency, William Songoh, wants elections to be suspended until all aggrievances have been addressed.

“I believe in peace and I believe that in breaking the eight, I need everybody. As the First Vice-Chairperson of the constituency, my number one priority is to make sure that there is peace and that everybody will be happy. I will not be a victim to a situation where it is not going to appease the constituents; I will make sure that I do the right thing.

“The right thing is that their demand is correct. I’ve seen the album myself and I realised that some of them, their names, truly, have been taken out. So, I believe their demand is right. For me, I believe the elections shouldn’t happen because if it happens, then as First Vice-Chairman, I am not being truthful to my party,” he said.

The NPP is organising the exercise nationwide to elect new constituency executives to man the affairs of the party for the next tenure.