Ghana coach Otto Addo has named a 33-man squad for the upcoming 2023 Africa Cup of Nations qualifiers against Madagascar and the Central African Republic (CAR) next month.

Making it on the list released on Thursday, 26 May 2022, were two locally-based players,  Augustine Okrah and Daniel Afriyie Barnie, who have been in great form in the ongoing Ghana Premier League.

The squad also has the return of skipper Andre Ayew and Benjamin Tetteh who missed out on the 2022 World Cup playoff against Nigeria due to suspension.

Bristol City forward Antoine Semenyo will be hoping to make his debut after missing out on his first call-up for the World Cup playoff against Nigeria due to injury.

The team will miss the services of deputy captain and Arsenal midfielder Thomas Partey as well as Strasbourg defender Alexander Djiku who are injured.

However, Rennes youngster Kamaldeen Sulemana, Mubarak Wakaso, and Abdul Baba Rahman are making a return to the squad after recovering from injuries.

The squad is also set to participate in a 4-nation tournament in Japan as part of preparations for the 2022 World Cup.

Tunisia and Chile will also participate in the tournament.

The Black Stars take on Madagascar in their opening game on 1 June at the Cape Coast Sports Stadium and then a trip to Angola for their second game against the Central African Republic. 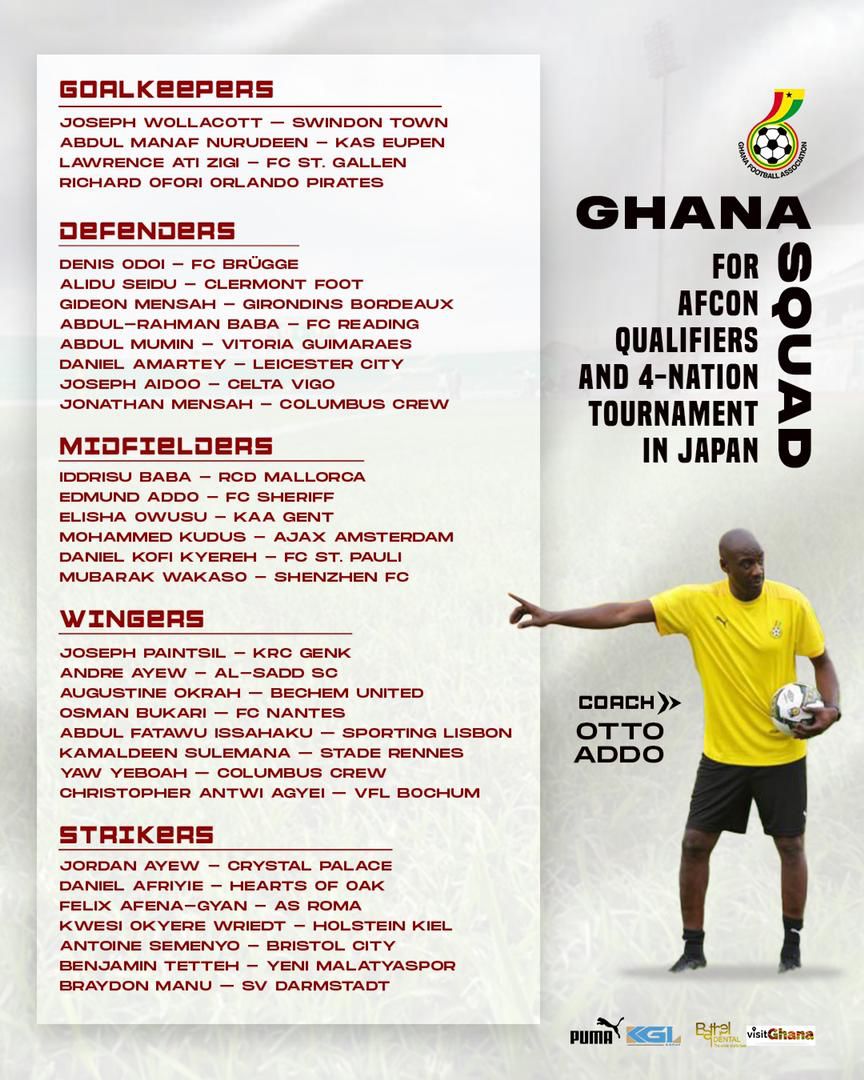