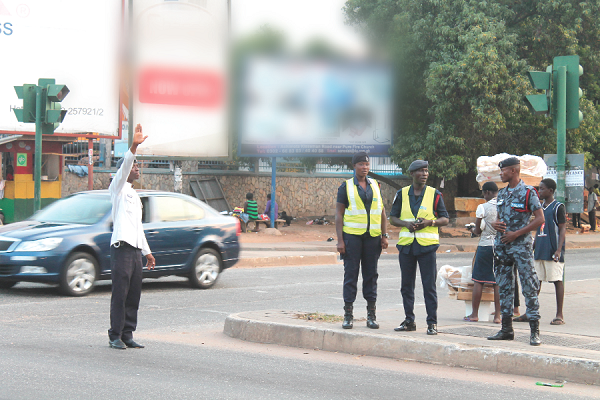 The Motor Traffic and Transport Department (MTTD) of the Ghana Police Service has deployed more than 400 personnel to manage Accra’s traffic congestion during the Christmas season.

There have been several reports of heavy vehicular traffic in parts of Accra over the last few days.

Although heavy vehicular traffic is regular during the yuletide, many motorists and commuters believe this year has been the worst in recent times.

But the MTTD has said it is determined to ensure the free flow of traffic during the period to avert congestion and help reduce traveling time for commuters.

Speaking on Eyewitness News on Friday, the Accra Central MTTD commander, ACP Fosu Ackaah, said the traffic is mainly due to the increased vehicular and pedestrian movement within the metropolis.

“The intensity of the traffic has come as a result of today being the last Friday before Christmas. Because of the Christmas a lot of people came to the Central business district and exiting is causing some traffic congestion… The number of vehicles and pedestrians have increased and that is causing the problem,” he said.

He said the police had anticipated the problem and has adjusted its operating hours to deal with it.

“This was highly anticipated that is why we said we are going to deploy our personnel from 6am to 9pm instead of the 6.30pm we do previously so that we can assist the traffic situation,” he said.

The other areas are the Spintex Road, Pokuase to Amasaman and Circle to Tesano route.

ACP Fosu Ackaah said there would not be any road diversion as almost every part of the Metropolis appeared to be struggling with increased traffic.