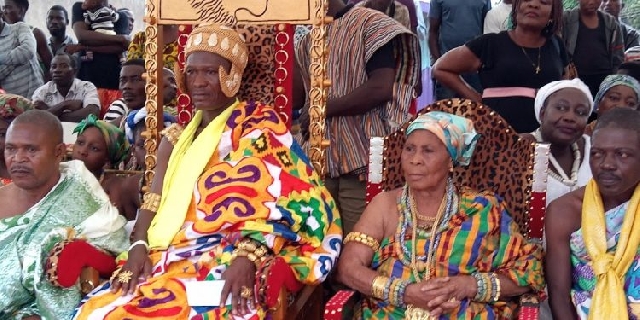 The Oyibi Divisional Council has reversed its earlier decision to make Friday, September 30, a mandatory holiday for residents.

It follows a press statement it issued, urging all Oyibi Land residents to mark the day as part of the Oyibi Yam Festival.

The Council stated in that release the day marks a significant period in the history of the Oyibi Land; hence, the holiday was instituted to ensure that all citizens observe the special occasion.

“On behalf of Nii Boye Okanshan VI – Oyibi Mantse – and the entire principal elders of the Oyibi Divisional Council, I send my seasonal greetings to the entire citizens living on any part of Oyibi Land.

“The general Oyibi community is hereby informed that on Friday, 30th September which marks a significant day in the history of Oyibi Land “Oyibi Yele Yeli” (Oyibi Yam Festival) is a holiday and should be observed as such throughout the entire Oyibi Community only,” the first release announced.

However, a day after making the first declaration, the Council has quickly advised residents and the general public to disregard the earlier announcement.

Secretary to the council, Enoch Alabi Nyomowoko in a press statement released on September 28 said, “I wish to apologise to the entire citizens living in any part of Oyibi Community and the general public for releasing such a communique and I seek that such information should be disregarded.

“I am very sorry for any inconvenience caused.”