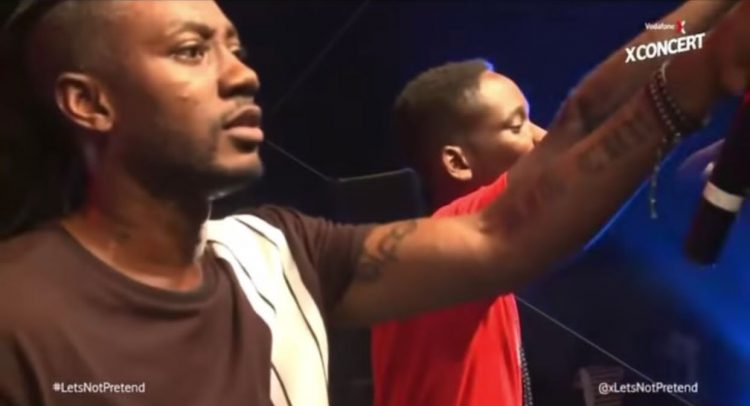 Rapper, Pappy Kojo has called out Nigerian musician Mr Eazi who started his music career in Ghana, suggesting he is an ‘ingrate.’

In an Instagram post, Pappy said he supported Mr Eazi by allowing him to share his stage but now that he also needed him, Eazi is acting otherwise.

He shared a video of his performance with Mr Eazi during one of the editions of the Vodafone X Concerts, where he put Eazi on.

In his caption, he reported him to one, Mista Meister, who knows their story.

According to Pappy Kojo, Mista Meister in the past begged him to perform with Mr Eazi at events because Eazi was not huge to command the crowd alone.

He wrote, “ @mistameister you dey kai (remember) when you dey beg me to bring Eazi on after my shows & stay with him & perform cos (because) nobody knew his songs? Your boy say make I suck ein dick now like my name be somebody I know wey I no wan mention ein name haha.”

Pappy Kojo didn’t state clearly what Mr Eazi did but he is pained by his action.

The two of them worked back in the day.

In January 2016, Mr Eazi featured Pappy Kojo on the ‘Bankulize’ hit song. The official music video has since garnered over 10 million views on YouTube.
Later Pappy also featured Eazi on his ‘Give Me Love’ song which became an instant hit.

In 2018 the two of them teamed up with Patapaa and Guilty Beatz on their monster hit song ‘Akwaaba’.
The song won the Best Africa Collaboration and Song of the Year at 2018 All Africa Music Awards (AFRIMA). It also won the Afro Pop Song of the Year award at the 2019 Vodafone Ghana Music Awards.
Now, however, things are not the same as they used to be.