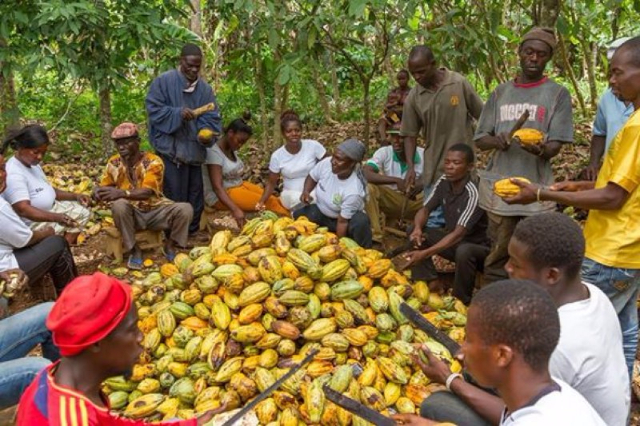 Parliament on Thursday approved a $1.3 billion cocoa syndicated loan to finance the purchase of cocoa for the 2022/2023 crop season by the Ghana Cocoa Board (COCOBOD).

The receivable-backed trade finance facility is between COCOBOD and a consortium of banks and financial institutions, with the government of Ghana as the guarantor.

Mr Kwaku Kwarteng, the Chairman of the Finance Committee of Parliament, said the Committee had carefully considered the agreement and the request and finds that the syndicated facility was integral to the successful management of operations related to the purchasing, quality assurance, storage, and export of cocoa by the COCOBOD.

Touching on the late submission of the facility to Parliament, the Chairman said the Committee expressed serious concern about the fact that the instant agreement and request were only presented to Parliament in the final week in which the House was scheduled to rise sine die.

He said Members of the Committee were worried that the House and Members had not been given adequate time to scrutinize the documents on the finance facility and the request for the waiver of Stamp Duty.

“While agreeing that the urgent approval of the instant facility and request is in the national interest, the Committee strongly iterate that going forward, COCOBOD’s annual syndicated facility (and waiver request) should be presented to the House early to afford members a much longer period to peruse and approve same before Parliament rises sine die.”

The committee noted that for the 2022/2023 crop season, cocoa production had conservatively forecasted to be 850,000 tonnes, which was based on the trend of cocoa production over the past years and relevant agronomic practices being adopted by
COCOBOD.

Dr Cassiel Ato Forson, the Ranking Member of the Finance Committee/Member of Parliament (MP) for Ajumako-Enyan-Esiam, said the COCOBOD had a bad balance sheet with the security rate going up.

He said the issues of cocoa needed to be important to all Ghanaians, adding that the government must ensure that sector does not collapse.

Dr Forson said the sustainability of the cocoa industry depended on the production and that COCOBOD needed the money to survive industry-wise.

He, however, urged stakeholders to pull themselves up in making sure that the sector thrive. Mr Partick Yaw Boamah, MP Okaikwei Central, said the approval of the syndicated was precise to support the sector to live up to expectation.

He also appealed to the Government to ensure that cocoa farmers were paid on time for their produce.

Dr Kwabena Donkor, MP Pru East, who said Ghana had for over three decades been depending on syndicated loans to finance the cocoa crop season, urged the country to wean itself from the syndication.

Mr Haruna Iddrisu, the Minority Leader, said going forward, COCOBOD must ensure that the submission of the cocoa syndicated loan agreement document to Parliament was done on time to enable Members of the House to could do proper scrutiny of it.

Members of the House to approve the cocoa syndicated loan agreement.