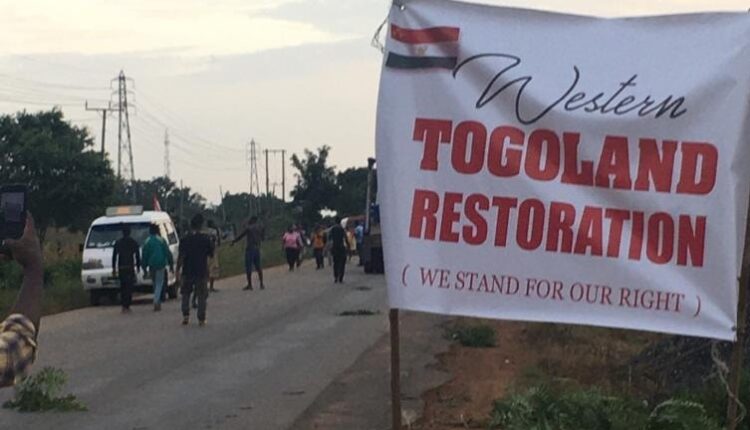 A few weeks after members of secessionist group, Homeland Study Foundation erected signposts in some communities in the Eastern Region, the group has surfaced again and alleged to have blocked major roads leading to the Volta Region.

Travellers entering the region were stranded at areas including Kpong, Tefle, Tsopoli and Juapong as members of the group, carrying its flag blocked roads and seized mobile phones from travellers to prevent them from taking pictures or videos.

In the past, the Homeland Study Group Foundation (HSGF), a separatist group had announced a breakaway of parts of the Volta Region, Oti Region, Northern Region and Upper East as an independent state called Western Togoland.

The Police on September 3, 2020, confiscated signposts and billboards erected in the Eastern Region encouraging secessionism.

The signposts were found erected in the early hours of Thursday, September 3, 2020, at Akorley in the Yilo Krobo District of the region.

The police cautioned commuters about the Friday morning inconvenience.

Good morning Ghana, commuters to and from Accra – Ho – Aveyime – Adidome- Mepe – Akuse – Aflao are likely to experience traffic due to security operations within those areas. Anybody travelling on any of these roads should exercise caution.

JOY FM reported that the group has also attacked and raided the Mepe Police station and made away with weapons in the station’s armoury.

In what appeared to be a well-orchestrated attack, three police are also said to be in the custody of the group.

Three people have reportedly sustained gunshot injuries after the military fired gunshots to disperse a crowd in the area.

But calm has returned.

Theghanareport.com sources indicate that the Sogakope road was cleared by 5 am, after more than two hours in gridlock.

An eyewitness also reported that there were burning of tyres in the Juapong township.

At least 30 people have been reportedly arrested by the military in the area.

The Homeland Study Group Foundation (HSGF) has been in the news for almost four years now.

The secessionists, led by Mr Charles Komi Kudzordzi alias Papavi Hogbedetor, a man in his 80’s, made a declaration on Saturday, November 16, 2019, declaring the creation of Western Togoland. 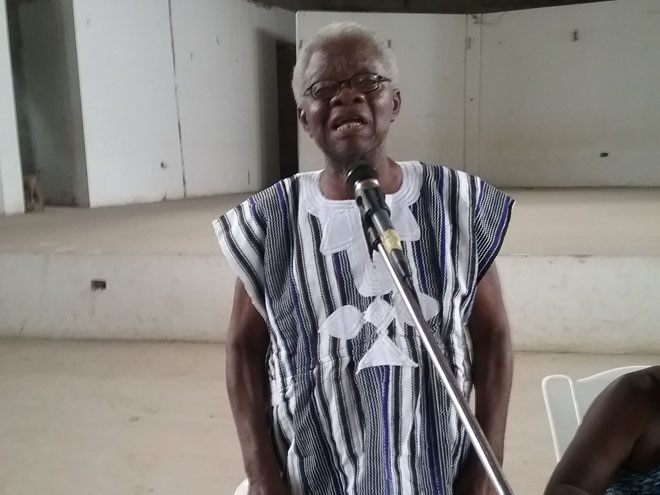 The group has been pursuing a break-away from Ghana for a long time but they surfaced more publicly in 2017, releasing designs for flag and currency. 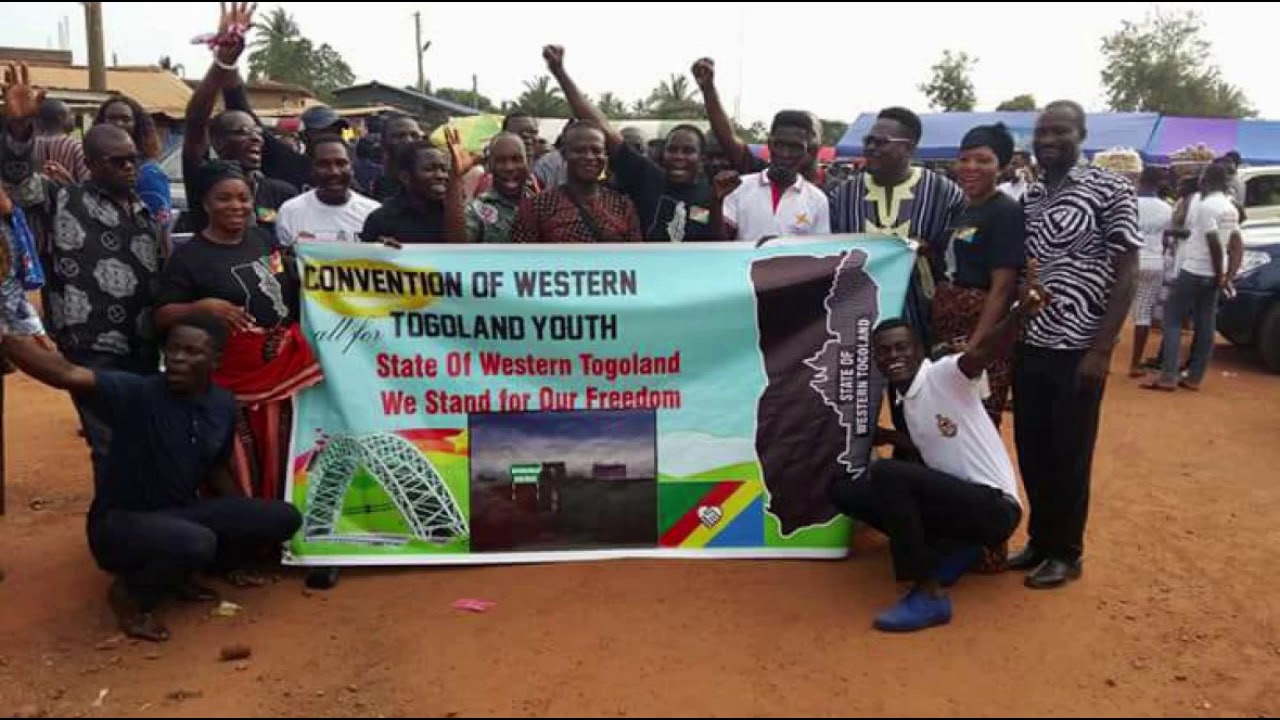 Police in the Volta region moved in to arrest some members of the separatist group days after the declaration was made.

This was after Government issued a statement assuring that Ghana has not ceded any part of its territory to any person or group of persons.

About eleven 11 persons were arrested.

That was not the first-time member of the defiant group had been arrested.

The group was also accused of training some young people to be recruited into an army with weapons procured for their operations.

Soldiers rounded up 21 people, twenty males and female accused persons, at the secret training ground at Kpevedui in the Volta Region in February 2020. 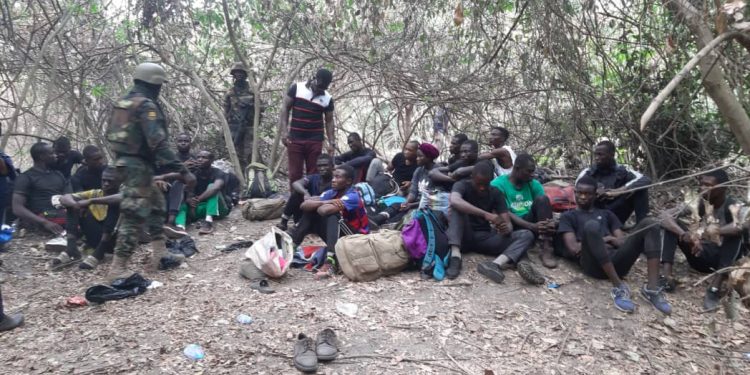 They were arraigned at an Accra Circuit Court.

The Prosecutor, Chief Inspector Simon Apiosornu, told the court that on February 17, 2020, officers of the Ghana Armed Forces (GAF), tracked the group to Dzodze in the Volta Region, following several days of intelligence gathering on the activities of the prohibited Western Togoland Secessionist Group.

The leader of the group, has, however, eluded police capture occasionally releasing statements and videos to communicate his messages.