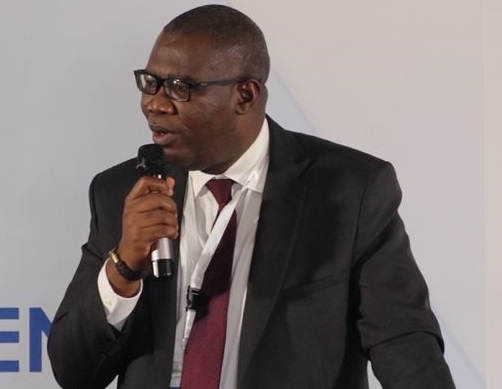 The Petroleum Commission has served notice it will revoke the licenses of local companies that front for especially foreign firms in the petroleum sector.

Speaking at the 2019 Local Content Conference and Exhibition in Takoradi, the CEO of the Petroleum Commission, Egbert Faibille Jnr., said the decision to sanction defaulting companies should eliminate the practice.

“We have identified most, if not all of the strategies that have been used for fronting. The era of fronting is about to end. Beginning next year, the Commission is working with other state actors including the Registrar General’s Department and the Ghana Revenue Authority to begin the enforcement of the relevant laws including tax assessments on the basis of one’s equity participation and hence profit sharing. There would be revocation of operating permits and non-issuance of permits to indigenous Ghanaian companies and their partners who are proven after thorough investigations to have engaged in fronting”.

The Executive Secretary of the Ghana Oil and Gas Service Providers Association, Nuetey Adzeman, and Daniel Kwakye, an indigenous oil service provider, lauded the impending review of the local content law, as well as the intent to deal with those fronting for foreign oil and gas firms.

Speaking to Citi Business News, one of them said, “There is a problem with fronting, our own indigenous Ghanaian companies who the government of Ghana have thought it wise to create an avenue for locals to play in the industry are rather taking management fees and relaxing at home, instead of them putting Ghanaian engineers who have come back from the universities on the project so that they can learn and then transfer of technology can be passed onto them they are not doing it. They are taking management fees probably ten thousand dollars a month, and they are sleeping and the foreign companies are doing virtually everything and they are taking the monies out of the country”, he lamented.

The annual Local Content conference and exhibition by the Petroleum Commission was instituted to periodically access the gains and challenges of the 2013 Local Content and Local Participation LI 2204, which came into effect in 2014.

Addressing the 2019 conference on the theme, Maximizing In-country Value Addition; the Role of indigenous Ghanaian Companies and Joint-Ventures in the Upstream Petroleum Sector, the Chief Executive of the Petroleum Commission, Egbert Faibille Jnr., said a lot of gains have been achieved including the approval of 420 million Dollars of contracts with 77 million dollars going to indigenous Ghanaian Companies.

A Deputy Minister of Energy in-charge of Petroleum, Mohammed Amin Adam, who opened the 2019 Local Content Exhibition that brought together Petroleum industry players, charged Petroleum Commission to evaluate the likely impact of the African Continental Free-Trade Area on Ghana’s Local Content policy in the oil and gas sector.

He, however, disclosed that government is finalizing proposals to amend the Local Content Law.

NPA to seek cabinet support to remove taxes on LPG