Kyebi, the capital of the East Akim Municipal District of the Eastern Region, was a sight to behold on Saturday as the crème de la crème of Ghana’s  political space and diplomats turned up in their numbers at the grand durbar to climax the 20th-anniversary celebrations of the Okyenhene, Osagyefuo Amoatia Ofori Panin. 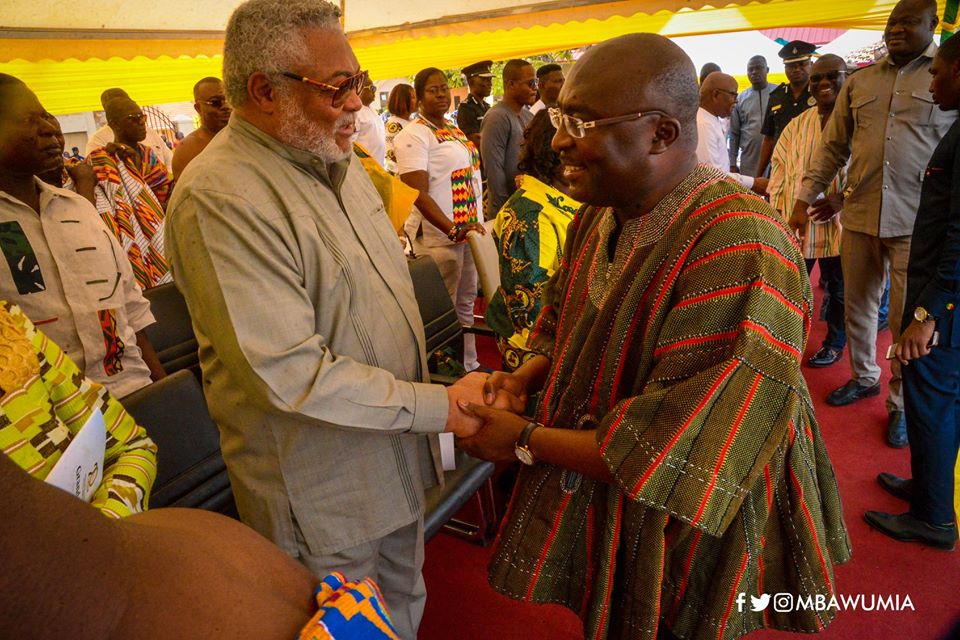 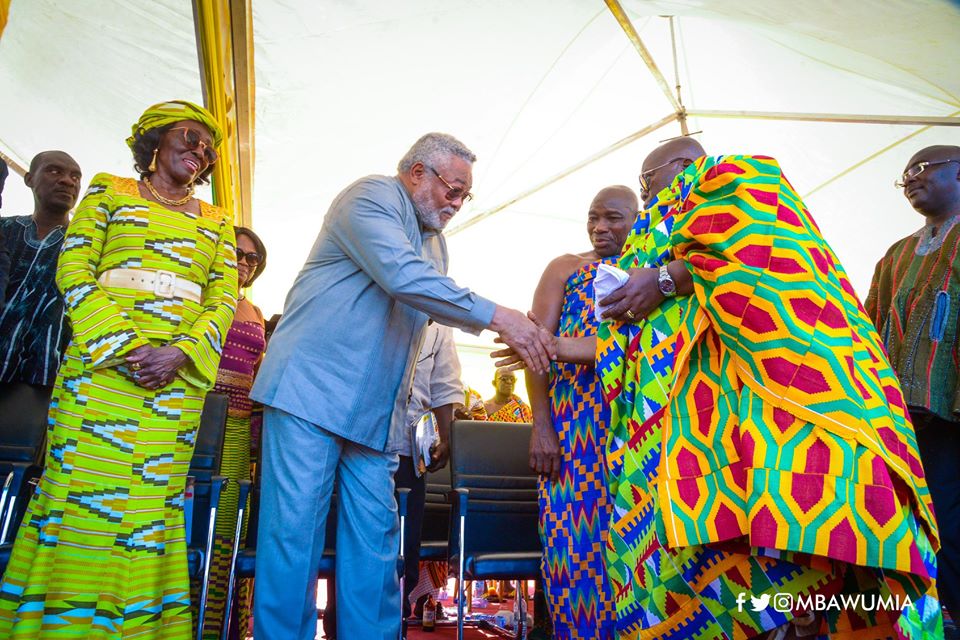 The colourful event was marked by a rich display of the culture of the Akyem Abuakwa Traditional Area amidst music and dancing. 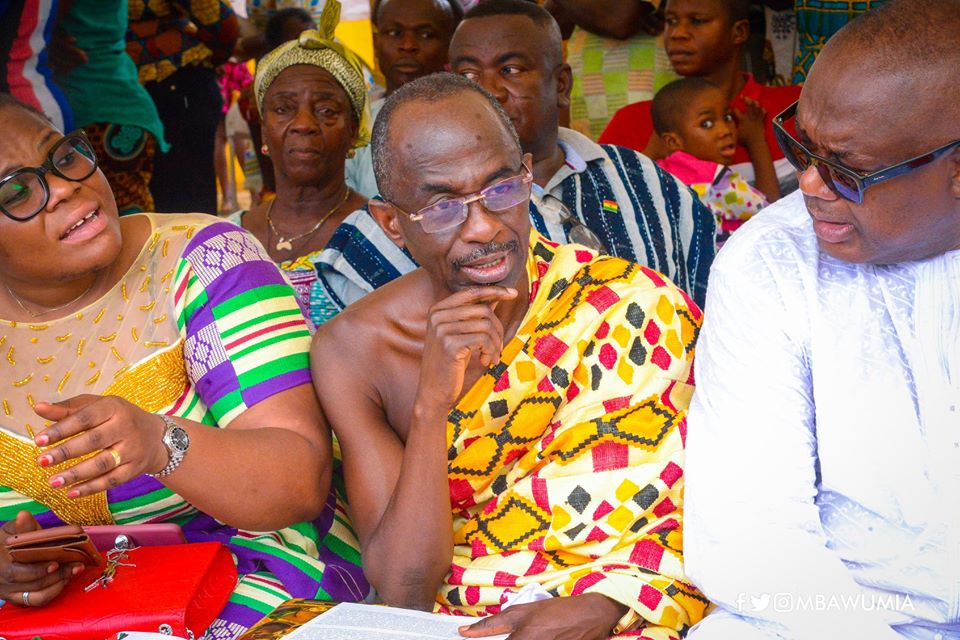 Being a native of the area and close associate of the Okyenhene, President Nana Addo Dankwa Akufo-Addo, led dignitaries of the New Patriotic Party (NPP) and government including Vice President Dr Mahamudu Bawumia to the durbar to pay homage to the Akyem overlord. 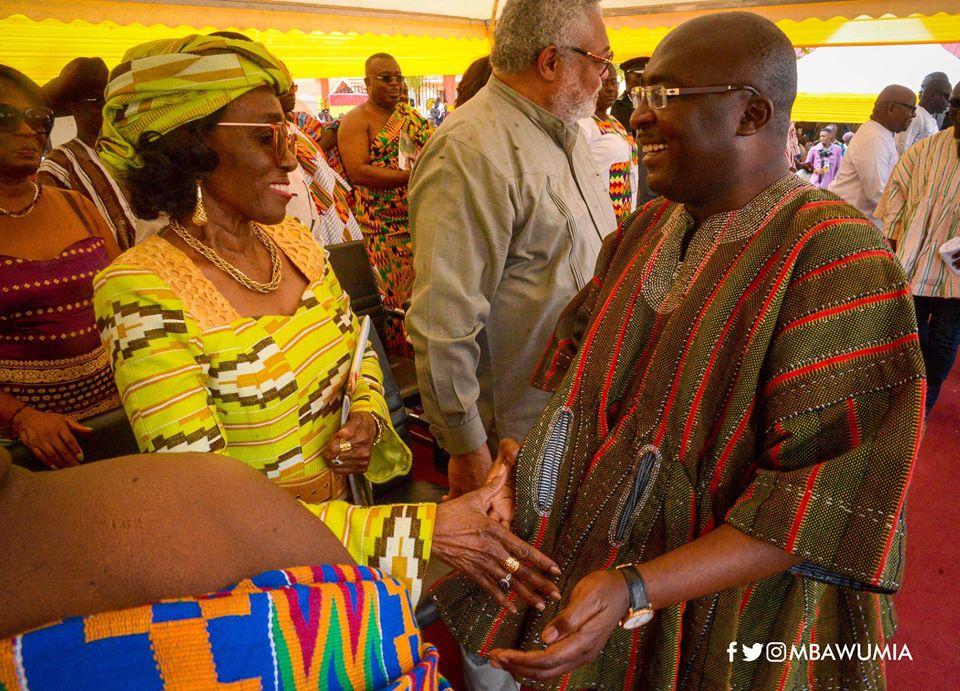 Other persons spotted at the event were former President Jerry John Rawlings and his wife, Nana Konadu Agyeman-Rawlings. General Secretary of the main opposition National Democratic Congress (NDC), Johnson Asiedu Nketia was present as well as ministers, legislators and members of the two leading political parties in Ghana. 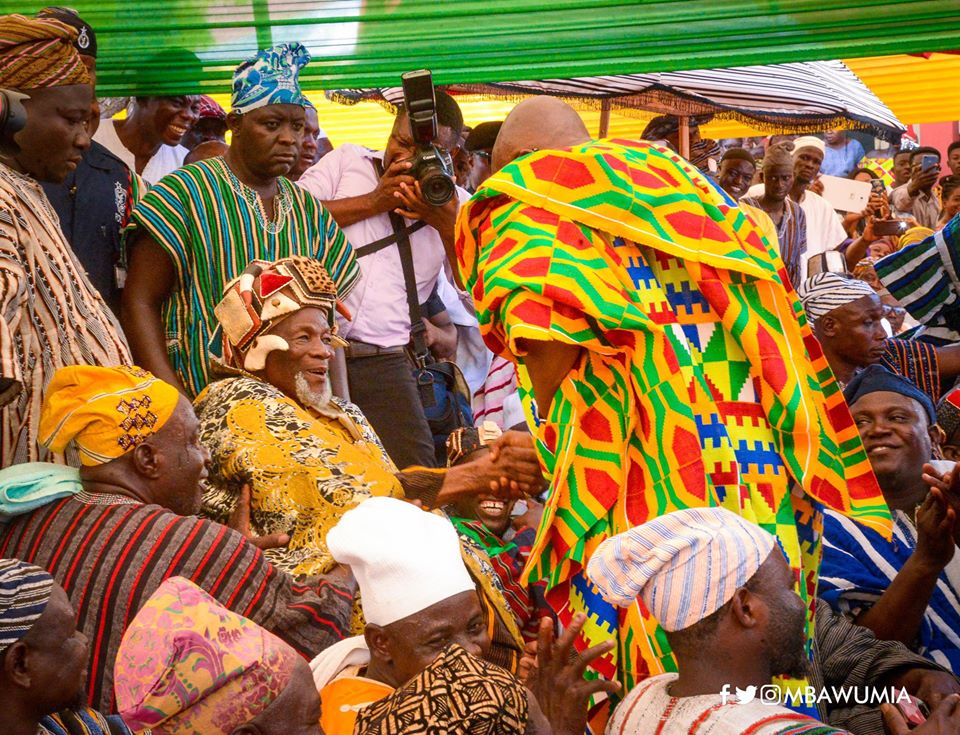 Also present were traditional rulers from other parts of the country including the Overlord of the Dagbon Traditional Area, Ya-Naa Abubakari Mahama ll. 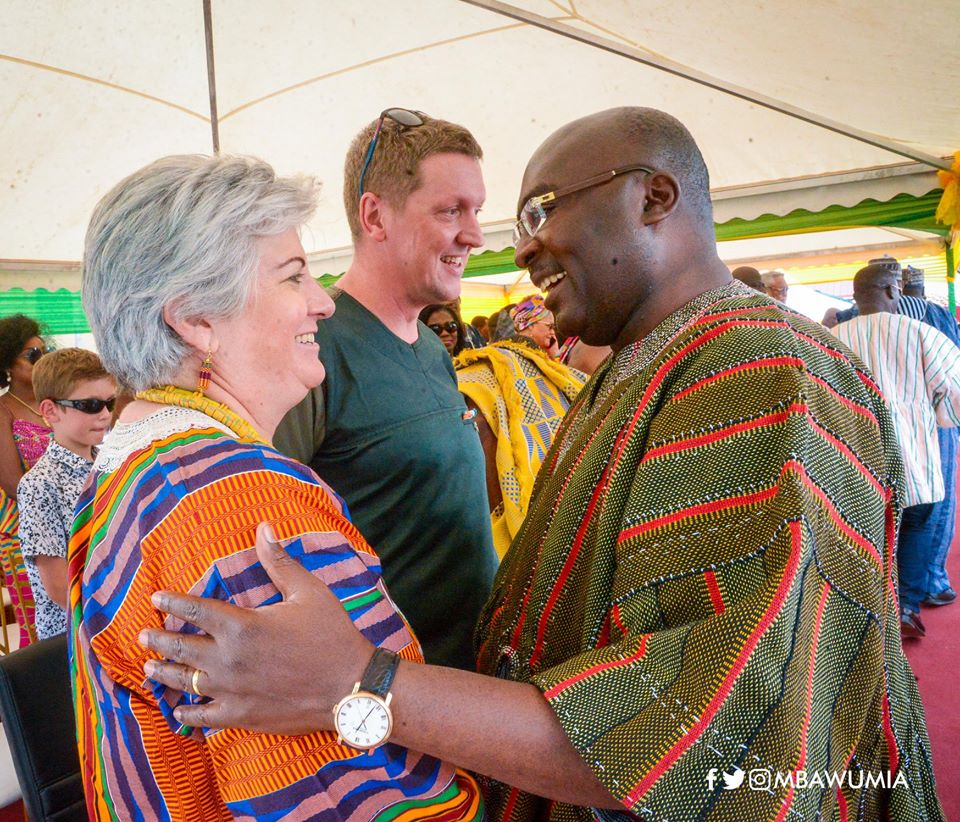 Conspicuously seated at the programme were the UK High Commissioner to Ghana, Ian Walker and the US Ambassador to Ghana, Stephanie Sanders Sullivan, both dressed in traditional Ghanaian attire.

Seated on his throne, the Okyenhene was flanked by his subjects and people from the royal family, notable among them Finance Minister Ken Ofori-Atta who stood at his right. To his left stood a leading member of the NPP and Founder of the Danquah Institute, Gabby Asare Otchere-Darko, with his traditional kente clothe wrapped up to his waist. 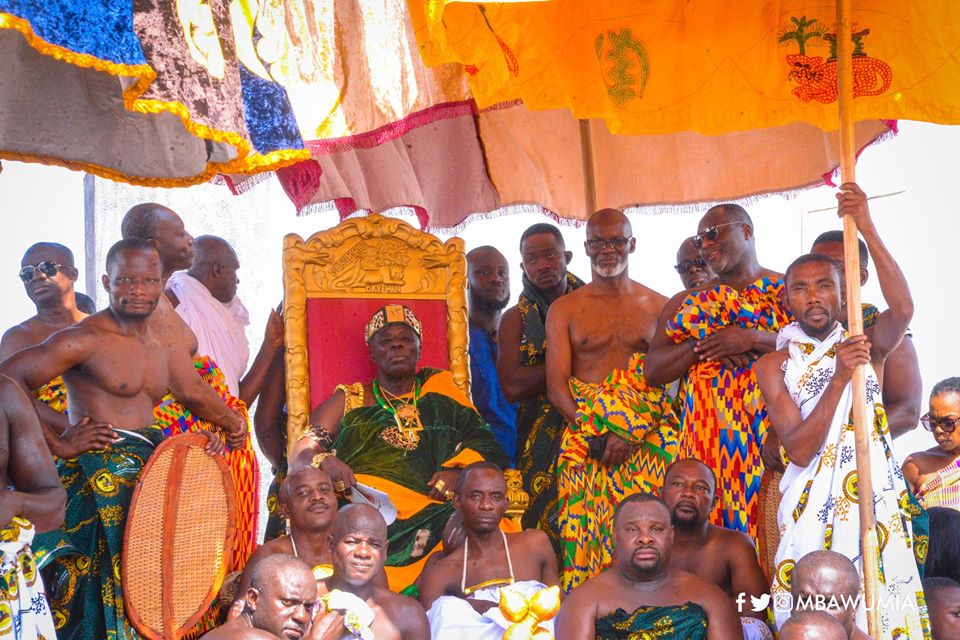 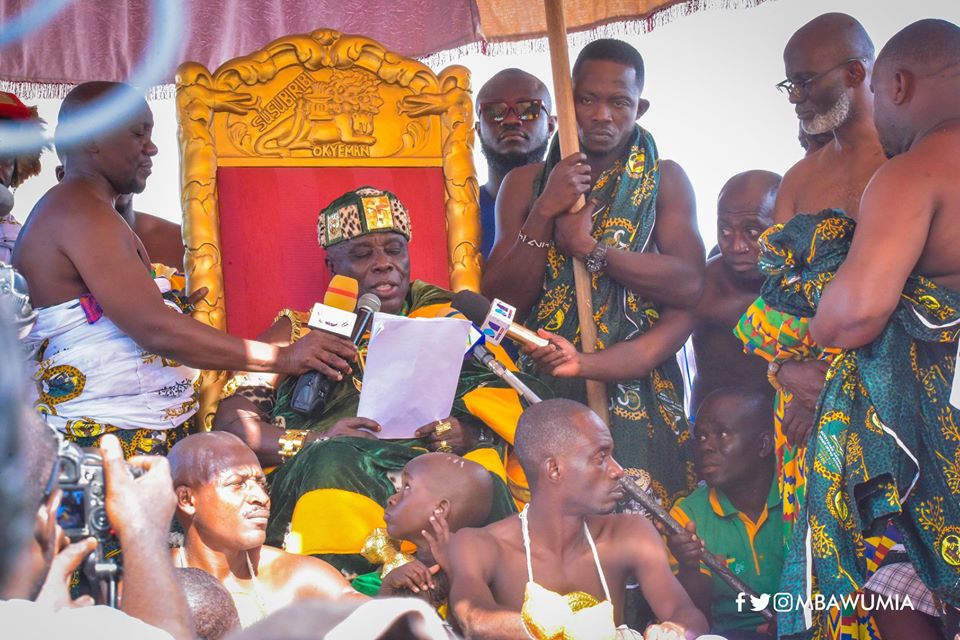 On ascending the throne, Nana Amoatia Ofori Panin, pledged to introduce real economic development, commercial growth and the general progress and welfare of the people.

In making this pledge, Osagyefuo referred in particular to the development of the child, health, education and environment noting that “the success of my reign is dependent totally on my ability as your leader to ensure that our future, our children, is really secure, ” he said in his coronation speech.

The Okyenhene has been a strong advocate for education for the youth. Over his 20-year reign, he has on many occasions expressed concern about the low level of educational standards in the country. Osagyefuo has demonstrated a huge commitment to Education and Child Welfare.

He has articulated his stance on child abuse and parental responsibility at a number of gatherings.

Osagyefuo has also established projects across Okyeman which include scholarships for students and teachers, library facilities, playgrounds and community centres. He also organises anAnnual Children’s Christmas parties where awards are presented to motivate and show appreciation to children. 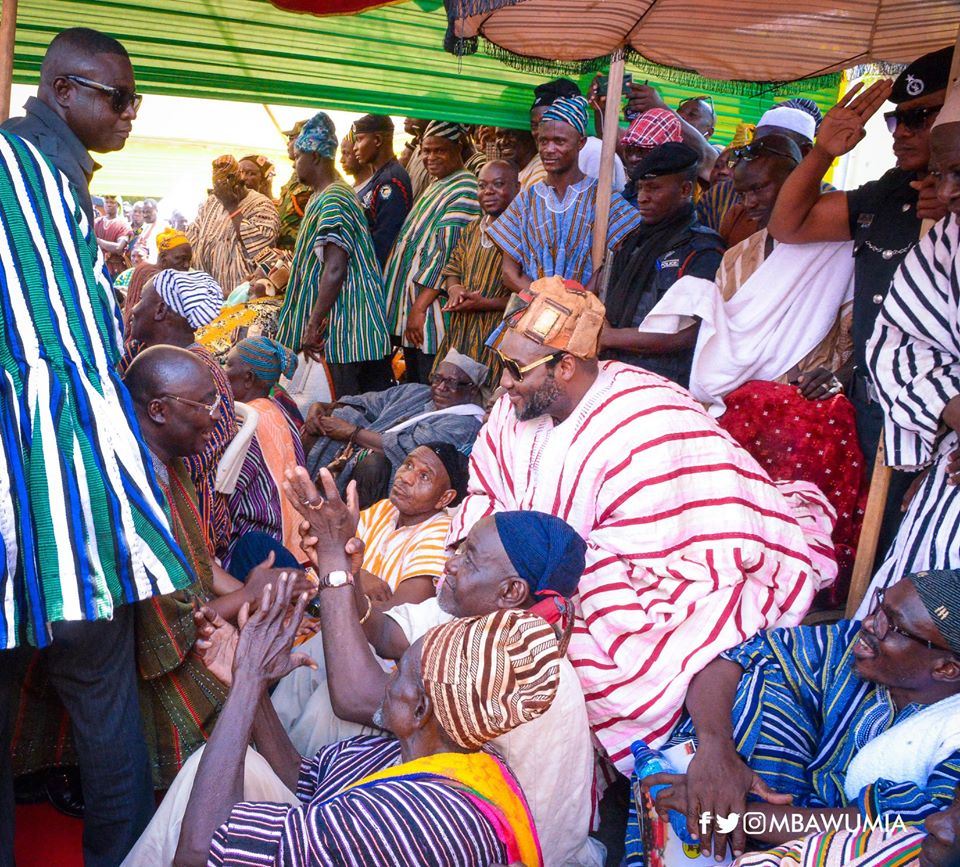 Osagyefuo has a great interest in the proper health care of his people. This is even more so in the prevention and care of HIV/AIDS. Osagyefuo has set up a number of programs to educate people on the need to protect themselves and also to engender understanding and compassion for affected persons.

The programs also aim to encourage moral and social responsibility within the family and the community as a whole. On a personal level, Osagyefuo has run in several marathons to help increase awareness of HIV/AIDS issues and has been instrumental in encouraging people to undergo voluntary tests by publicly undergoing an HIV test himself.

Osagyefuo has also set up the Okyeman AIDS Foundation to manage and coordinate work in this important area. He established the Okyeman HIV/AIDS Education Week to coincide with the World Aids Day. In addition, on his initiative, the Ghana Society for the Blind set up The Osagyefuo Amoatia Ofori Panin Fund for the Blind.

The Fund has in its existence raised a substantial amount of funds to support the visually impaired in the community. 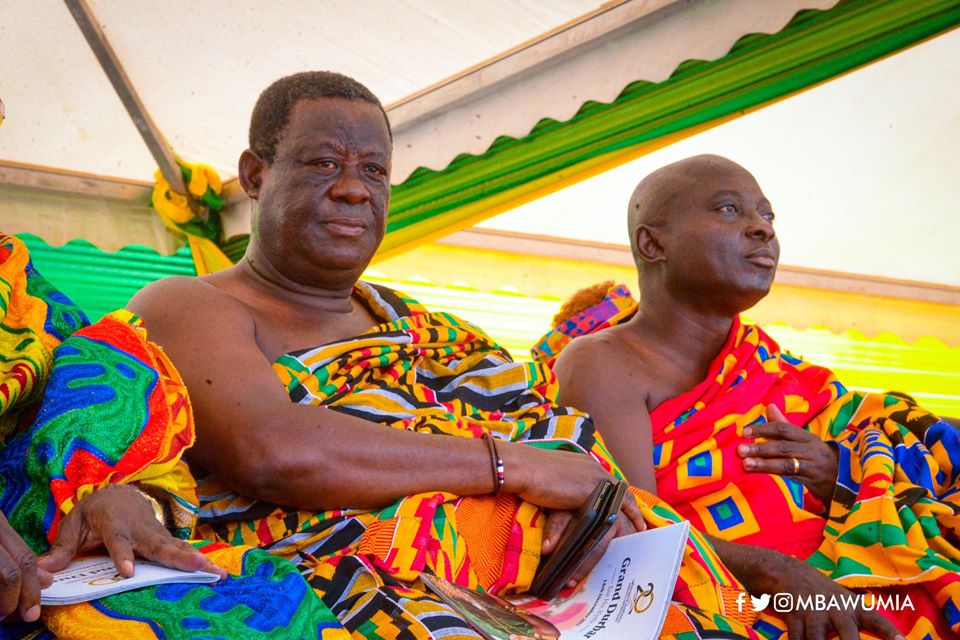 Osagyefuo’s promotion and campaign to save and conserve the environment has been enormous, creating and generating awareness of environmental issues. This has led to the establishment of the Okyeman Environment Foundation to manage environmental concerns in Akyem Abuakwa.

The Foundation, in turn, has launched a number of programs to promote education and awareness in this area. One such program is the posting of billboards all around the community emphasizing the importance of conserving rivers and other natural resources of water supply, and also conservation of our forests and refraining from burning trees.

The Community Environment Protection Brigade was also established by the Foundation to involve the community in the adoption and participation of schemes aimed at encouraging the protection of the environment.

Osagyefuo has not only served the people of Okyeman but Ghana at large; he has served as the Chairman of the Environmental Protection Agency (EPA), the Forest Plantation Development Fund Board and the Ghana Society for the Blind. 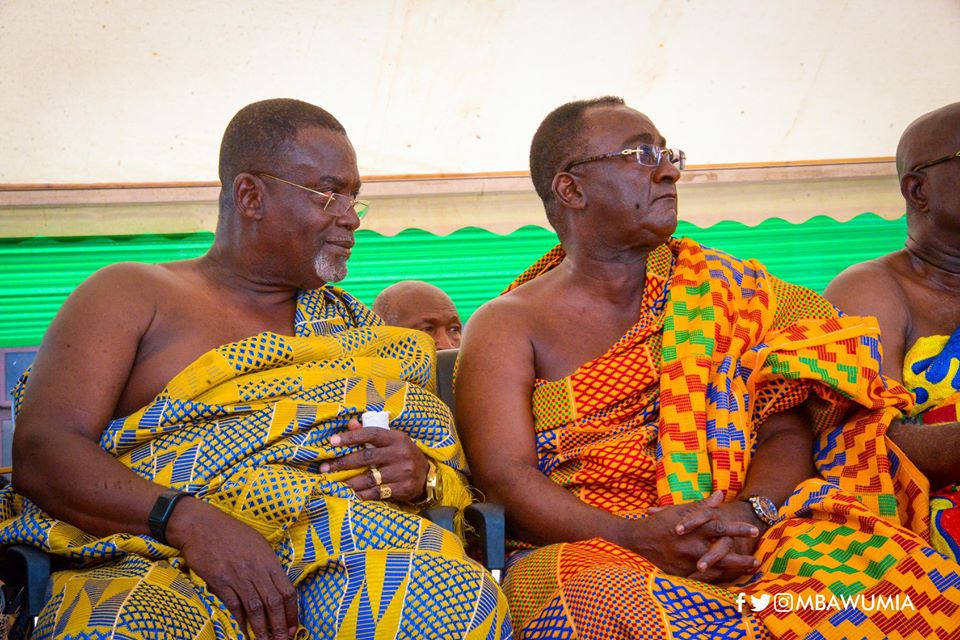 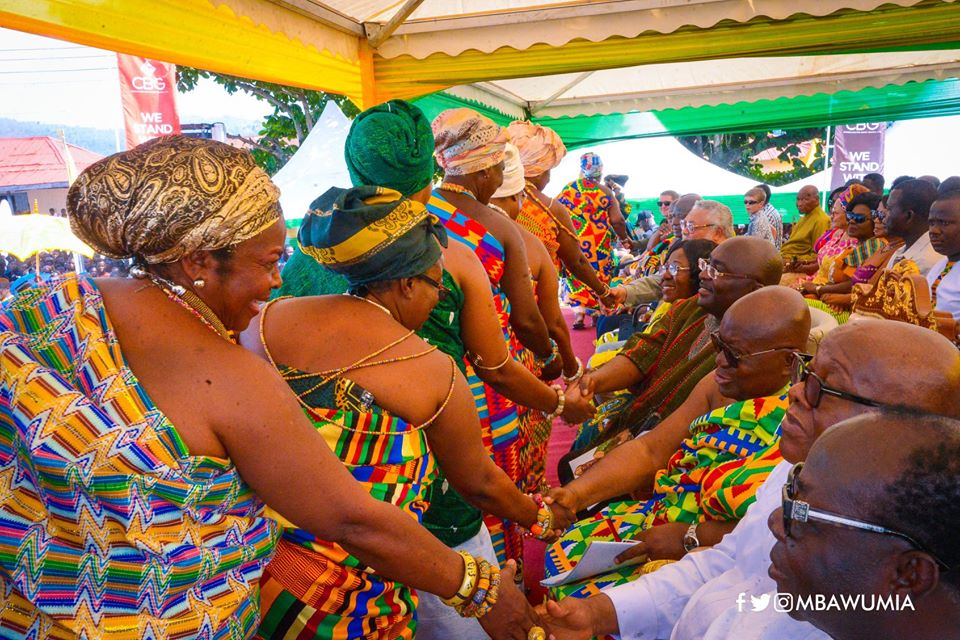 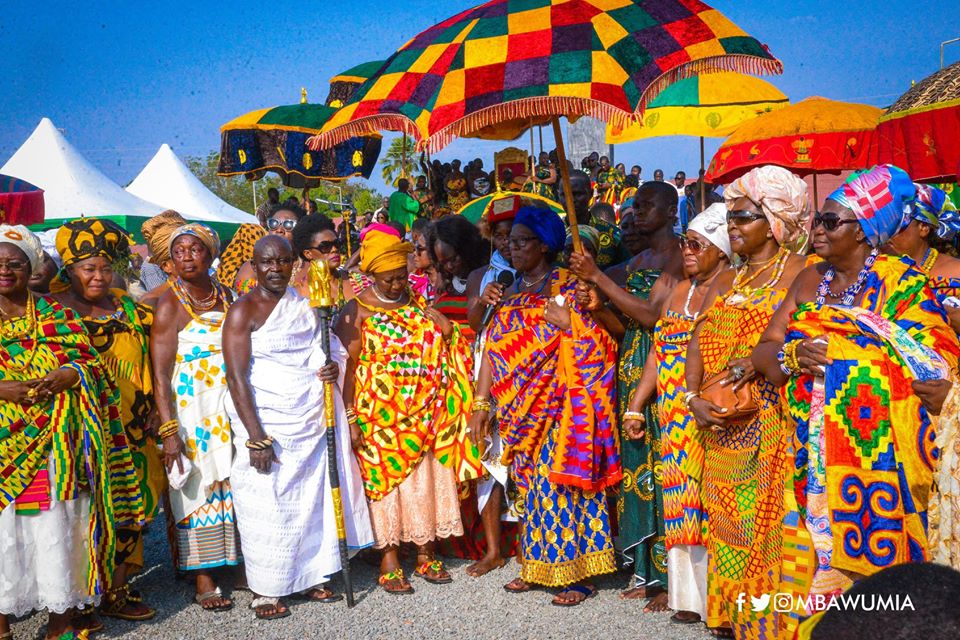 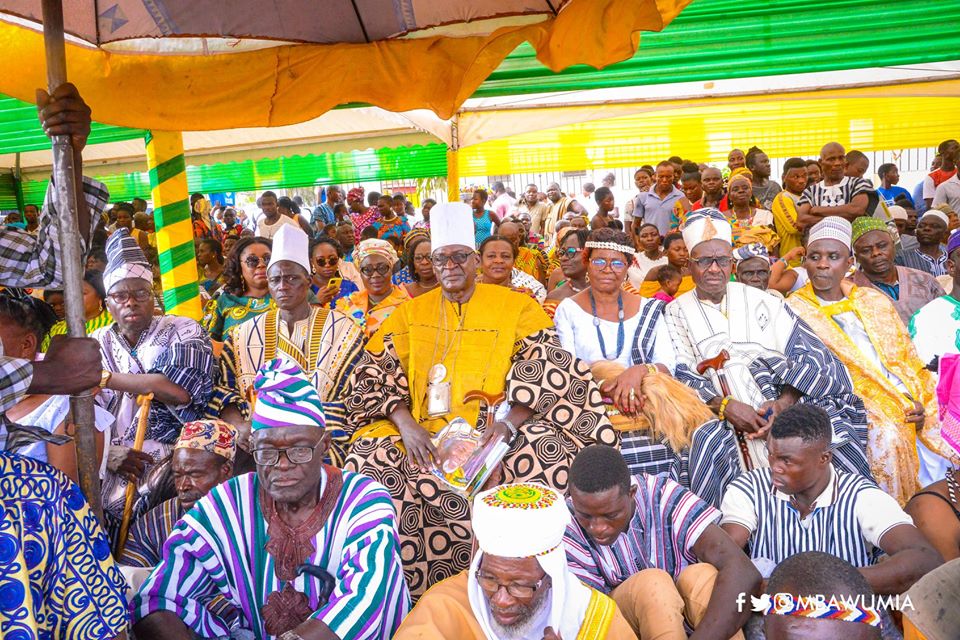 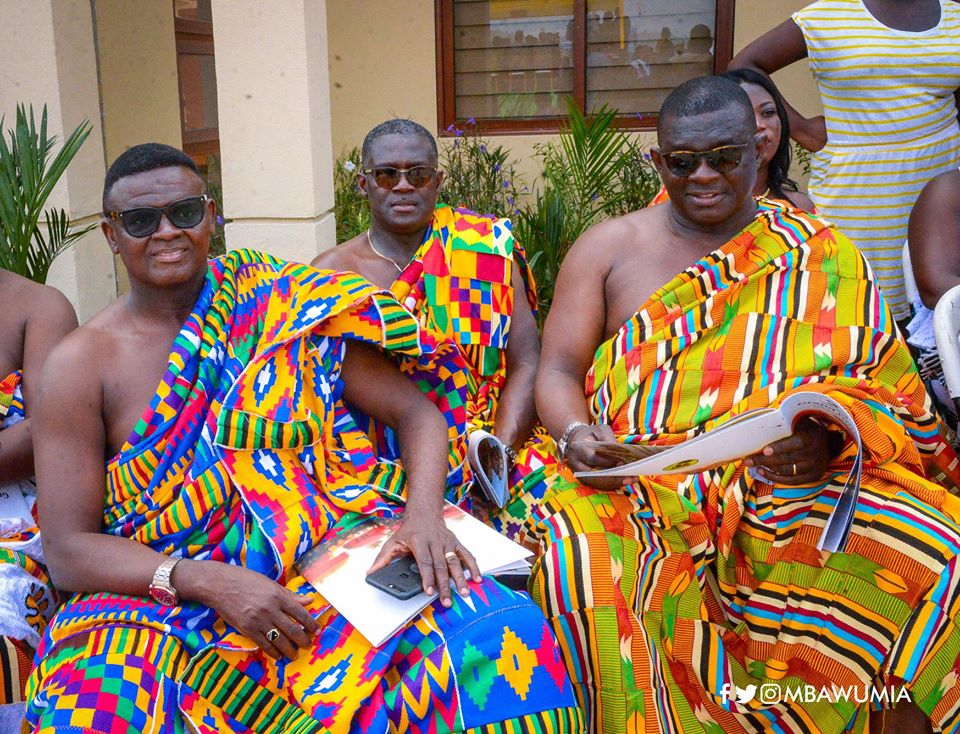 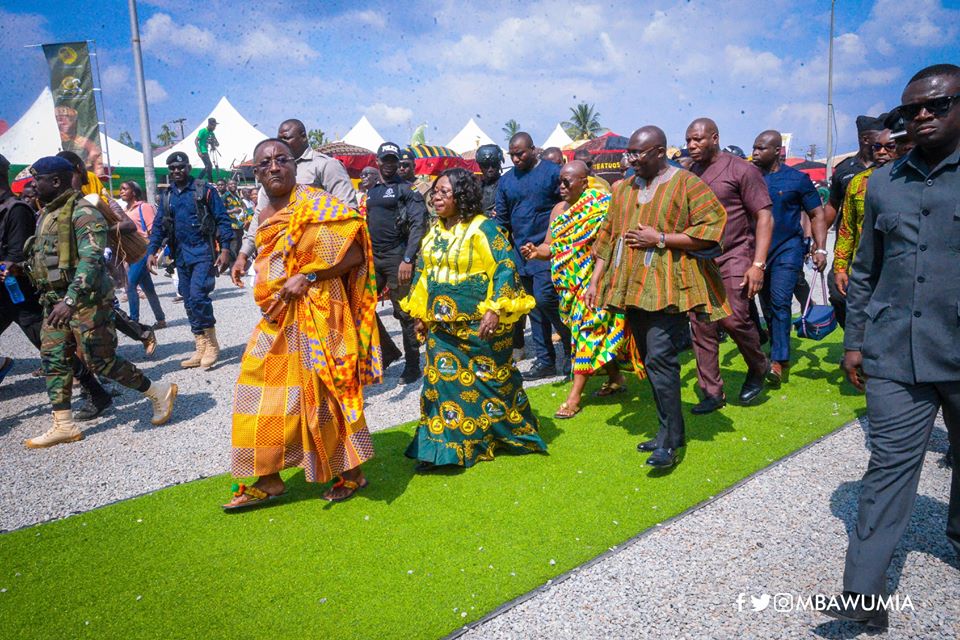 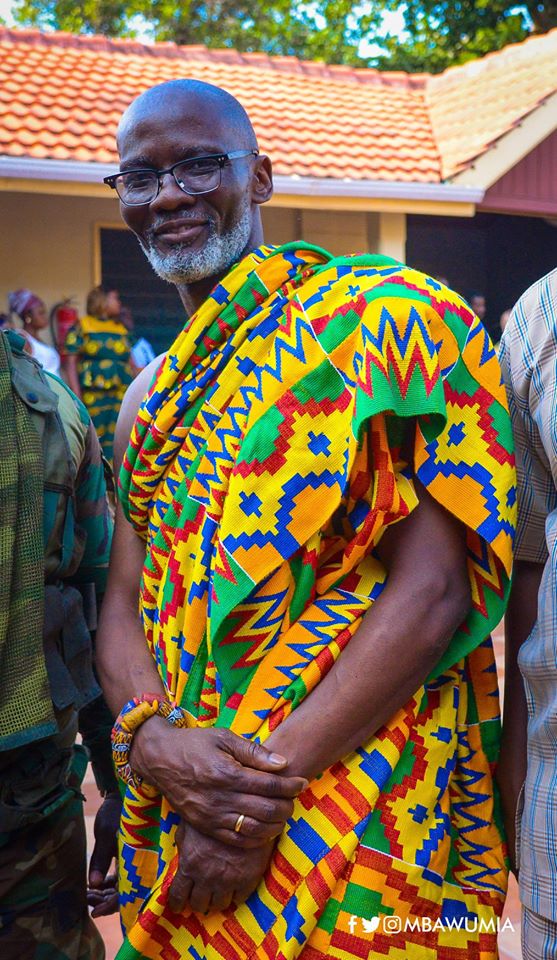 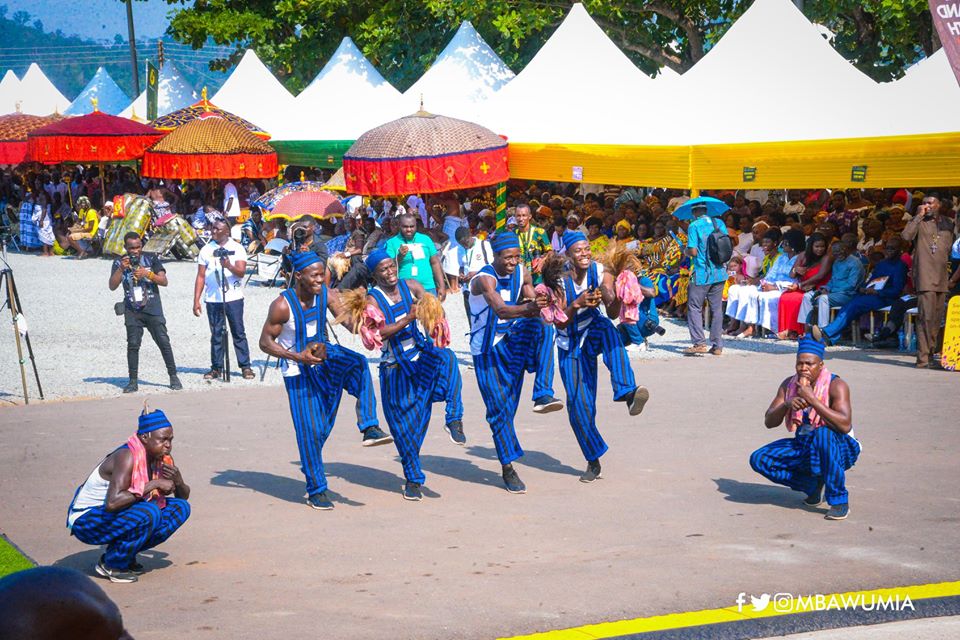 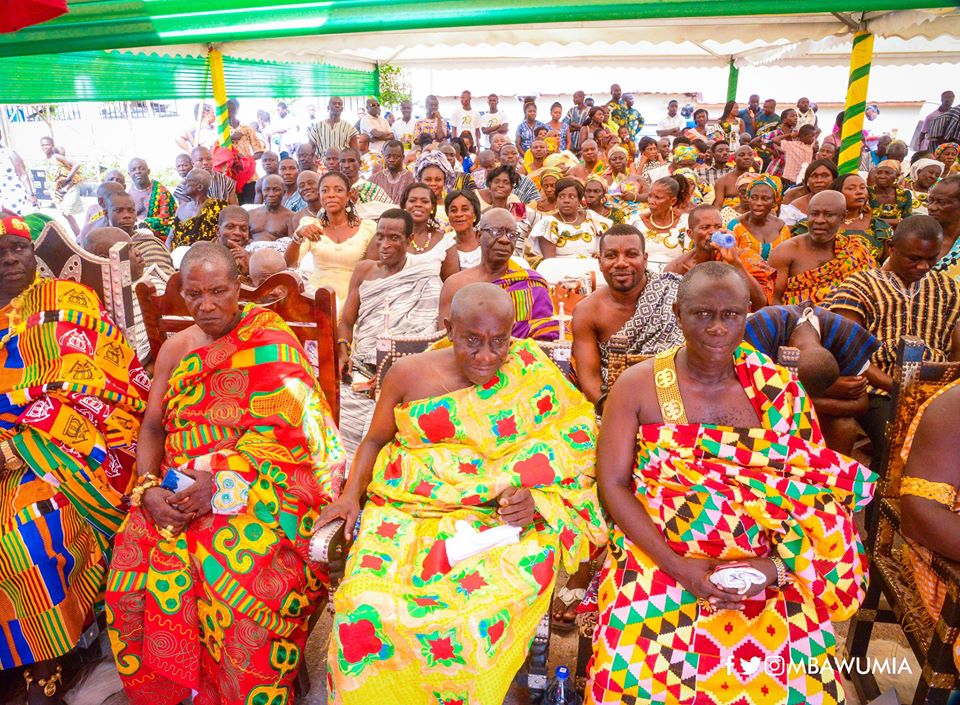 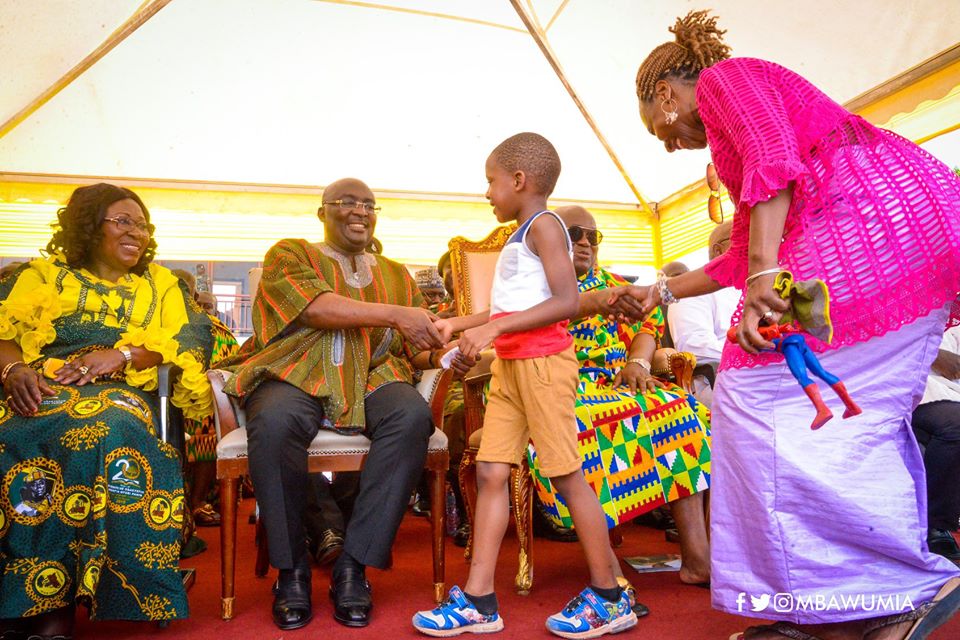 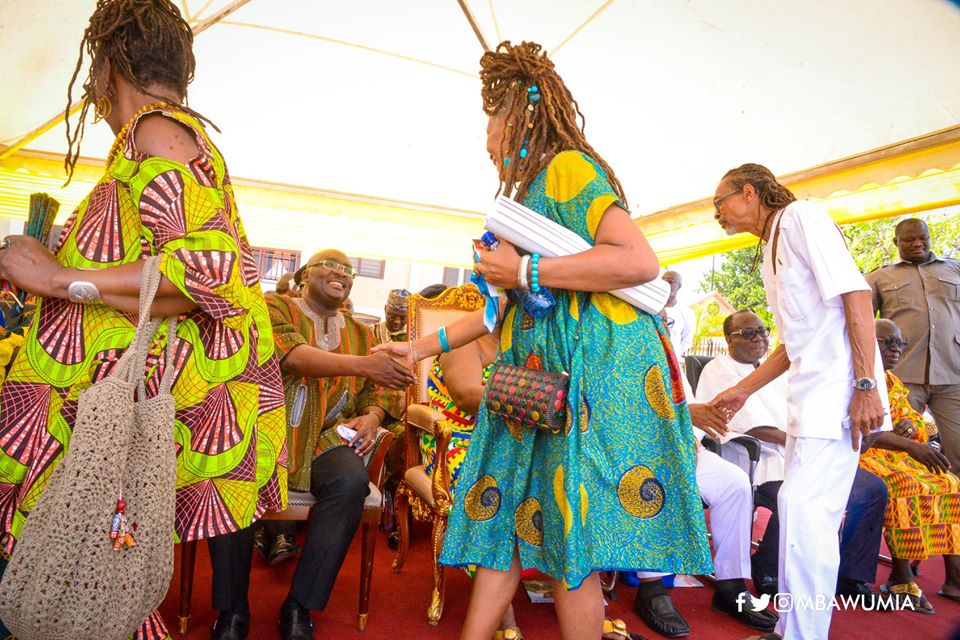 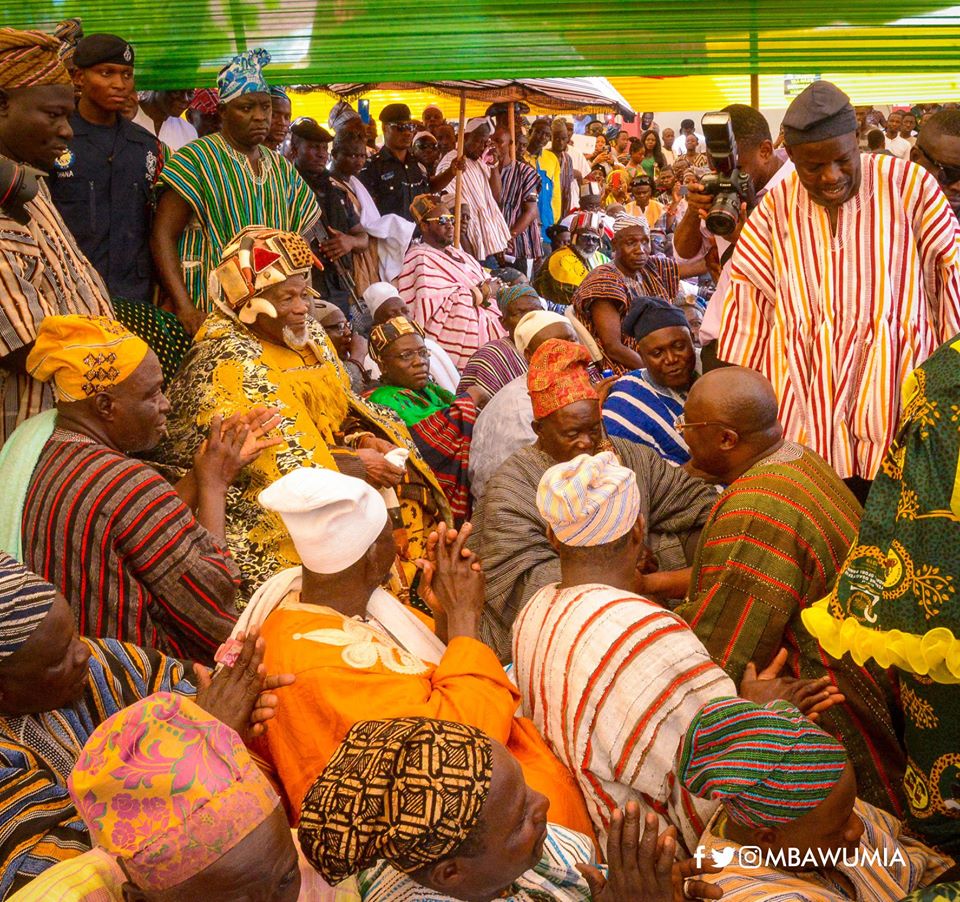 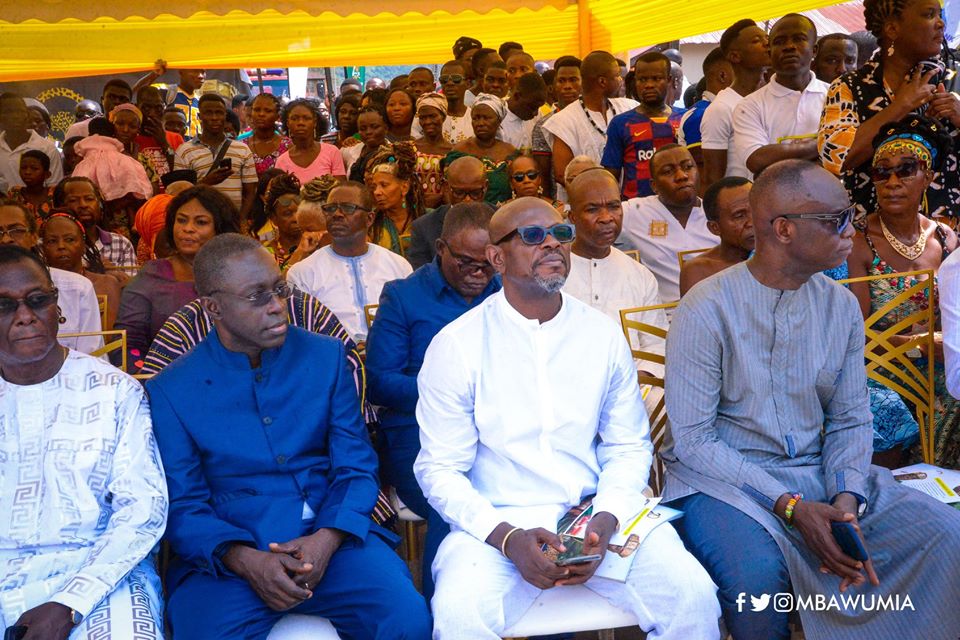 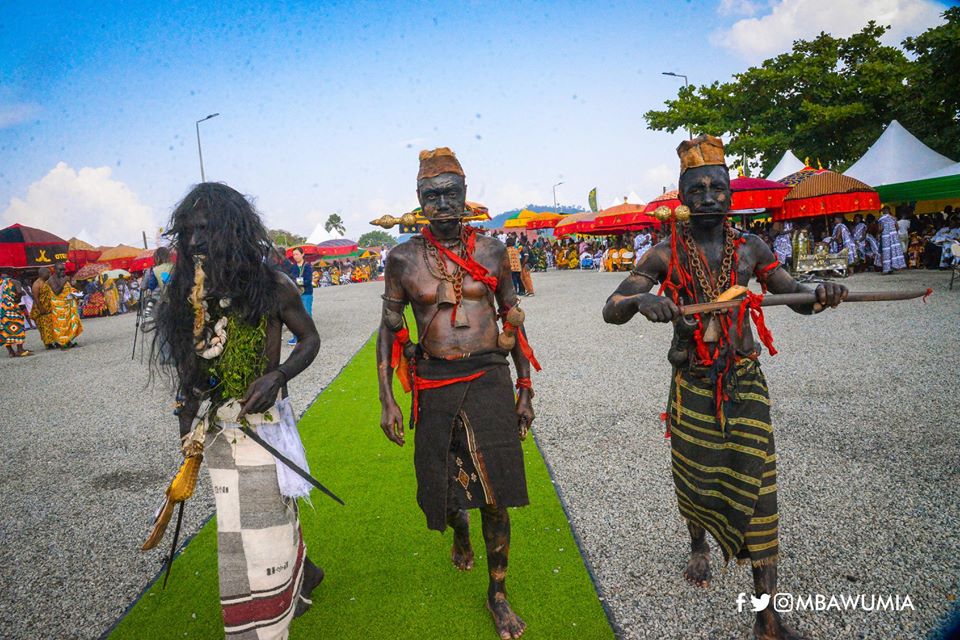 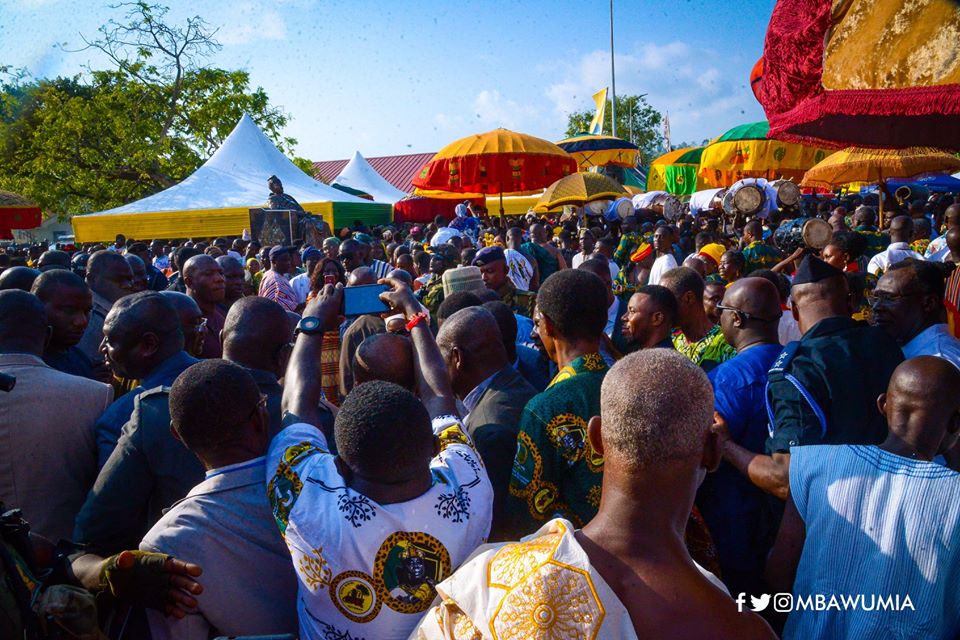 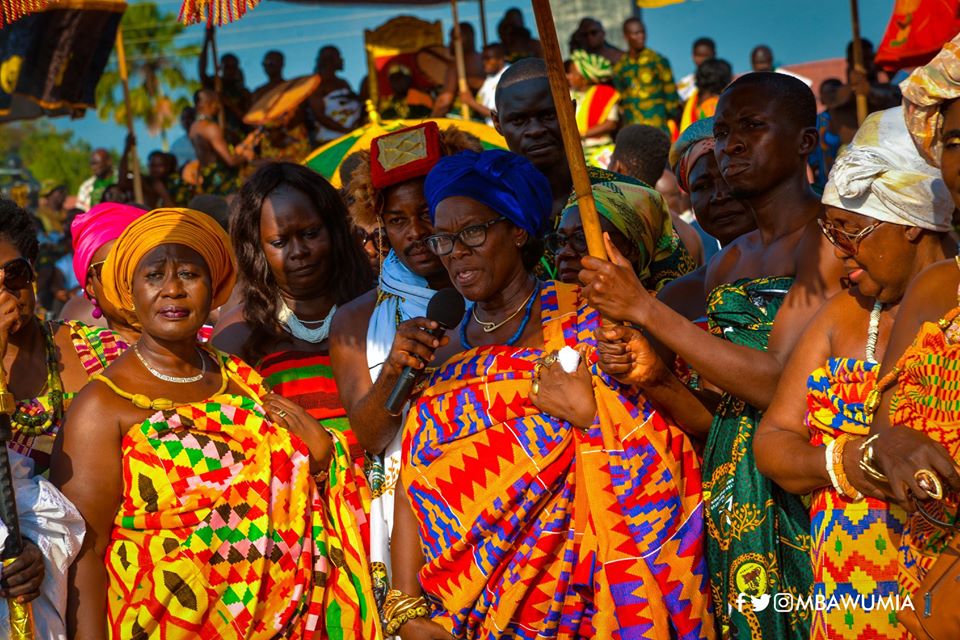 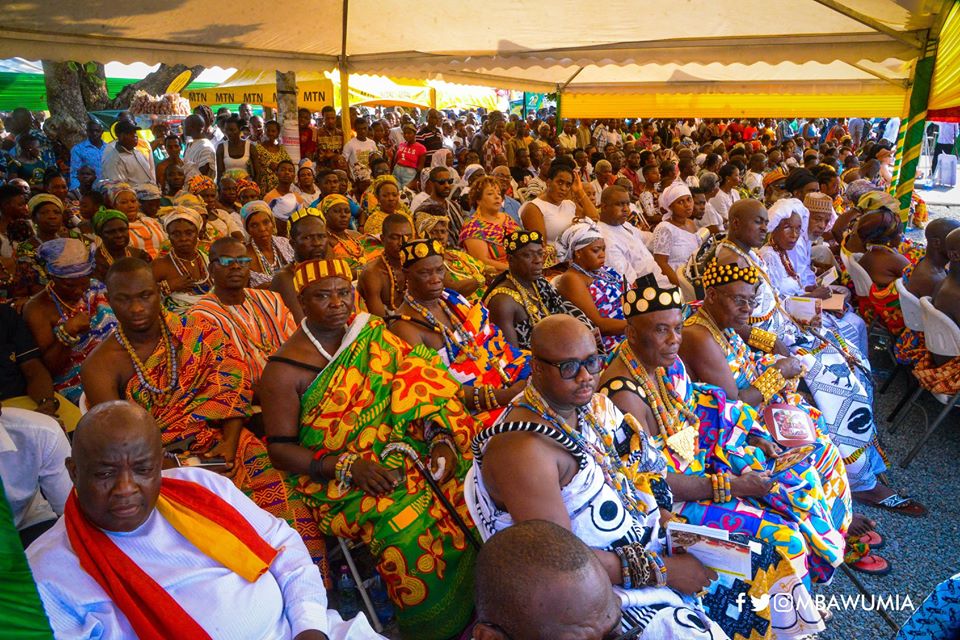