President Nana Akufo-Addo has held his first meeting as Chair of the ECOWAS Authority of Heads of State and Government.

The meeting is to help bring some finality to the deliberations on Mali, where a coup has deposed the country’s embattled leader, Ibrahim Boubacar Keita.

He was named ECOWAS chairman last week and joins a list of Ghanaian leaders to have headed the sub-regional body.

Jerry Rawlings held the position in 1994 during an impasse of the first Liberian war. Under his chairmanship, the Akosombo Accord and Accra Peace Agreement were signed.

It was only Prof. John Evans Atta Mills who never held the position during his short time as president.

West African leaders gathered in Ghana for a consultative meeting as part of efforts to resolve the Malian governance crisis.

With Mali engulfed in a political crisis that is threatening to destabilise the country, the ECOWAS leaders are hoping to use the extraordinary summit to find lasting peace for the Sahelian country.

The summit is taking place at the Presidential Villa at Peduase, near Aburi in the Eastern Region.

Others are Presidents Maro Sissoco Embalo of Guinea Bissau, George Manneh Weah of Liberia, Mahamadou Issoufou of Niger and Muhammadu Buhari of Nigeria. 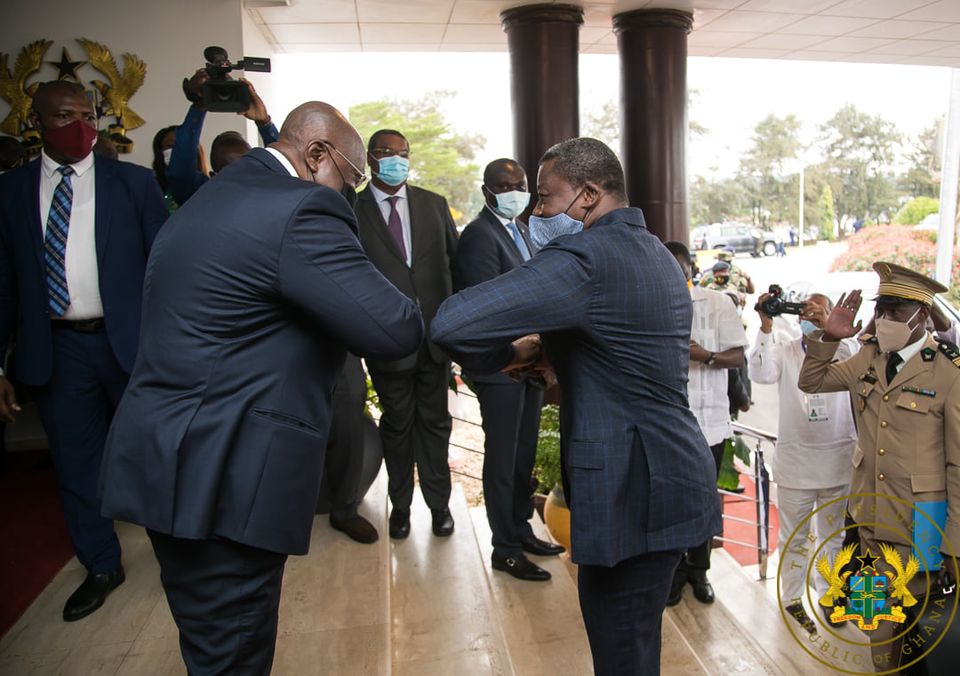 The rest are Presidents Macky Sall of Senegal, Julius Maada Bio of Sierra Leone and Faure Essozimna Gnassingbe of Togo and Yemi Osibanjo of Nigeria.

The deposed Malian President, Ibrahim Boubacar Keita, will not attend the summit, convened by the newly elected Chairman of ECOWAS and President of Ghana, Nana Addo Dankwa Akufo-Addo.

However, the military junta in Mali, led by Colonel Assimi Goita, which seized power on August 18, this year, are at the summit.

The junta, calling itself the National Committee for the Salvation of the People, has promised to restore democratic governance within 12 months, following the intervention of ECOWAS, which sent a delegation, headed by a former President of Nigeria, Goodluck Jonathan, to Mali on August 23.

The Peduase Summit is a family affair, as international bodies and foreign diplomatic/development partners will not attend the meeting, which is President Akufo-Addo’s first assignment as ECOWAS Chairman