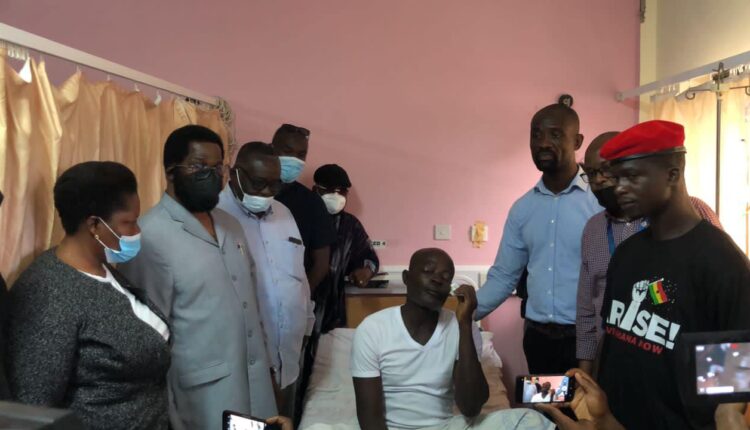 The leadership of the pressure group, Arise Ghana, has paid a visit to the protesters on admission following Tuesday’s clash with the police during the ‘Krom ay3 Hy3’ demonstration.

The group held a 2-day demonstration in the capital on 28 and 29th June 2022 to register their displeasure at the hiking cost of living in the country.

The otherwise peaceful demonstration on Tuesday turned chaotic, with injuries to some protesters and 15 police officers who were at the receiving end of the stones being pelted by the protesters.

The chaos erupted after the police formed a human barricade to stop the protestors who insisted on using their original route along the Ring Road towards the Ako-Adjei Interchange to the Independence Square, even though a court had requested an alternative route.