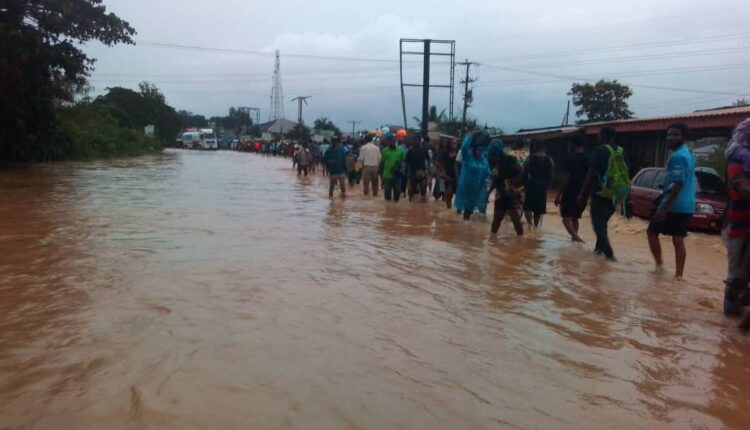 [Photos]: Many commuters stranded as Takoradi-Agona-Tarkwa gets flooded

The hope of passengers who wanted to get a vehicle from Takoradi to Agona and Tarkwa was dashed after several hours of rain in that part of the Western Region on Tuesday, June 21.

Floods had taken over the road and drivers were not able to make their way through the waters, leaving passengers to their faith.

The development has left hundreds of commuters stranded with many seeking refuge in nearby schools and shelters to pass the night. 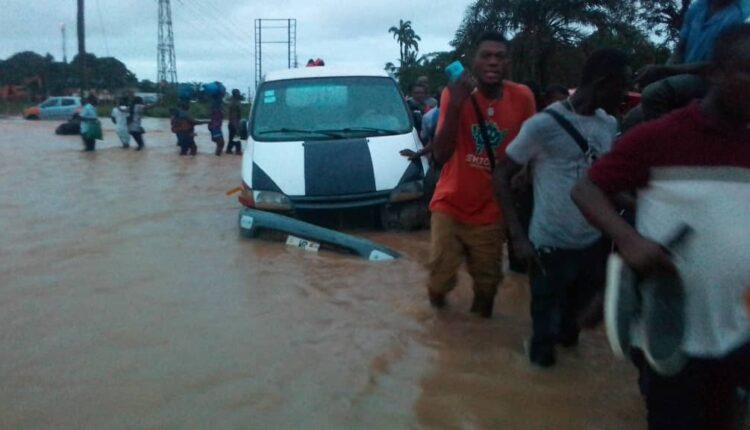 There was heavy traffic over at least a 15-kilometre stretch.

Some vehicles which attempted to force their way through the rising waters were also submerged, however, no casualty has been recorded. 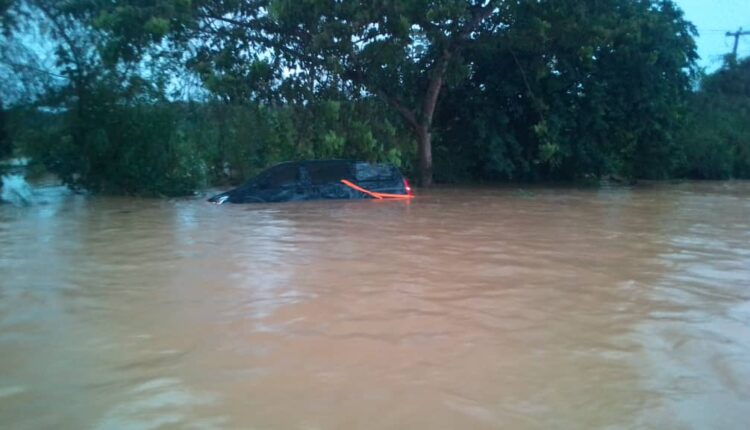 Workers who lived nearby also abandoned their vehicles and joined school children in walking home. 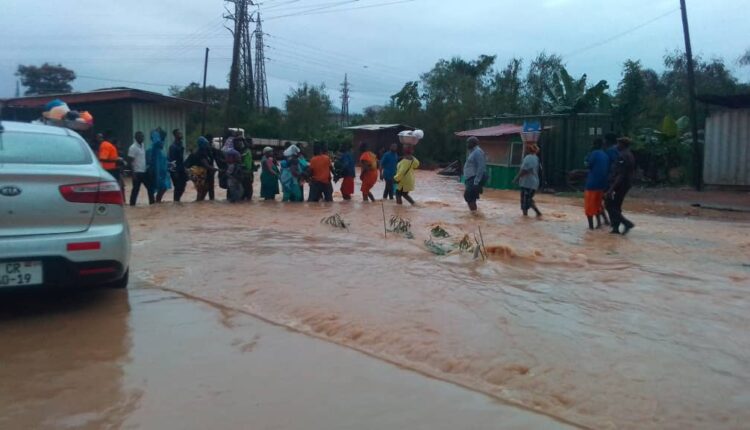 Container trucks making their way to the Takoradi Harbour were also caught up in the incident.

Furthermore, industrial vehicles coming from the mining enclave of the region also settled on the shoulders of the road, leaving chaotic scenes.