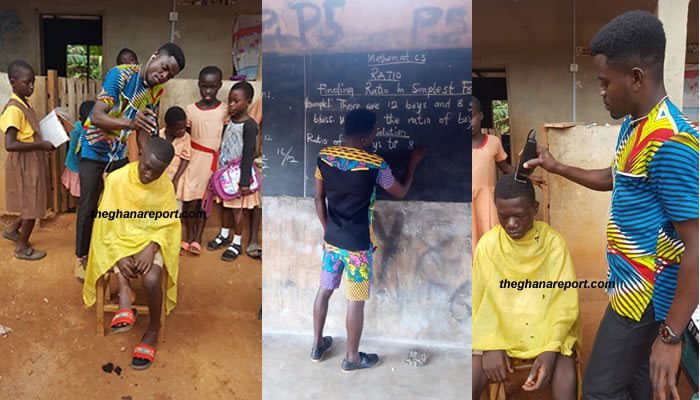 Photos: Meet the teacher who cuts his pupils hair for free

Outside a school in Yirenkyikrom in the Eastern Region, a group of children are watching as a razor mows down a forest of hair on one of their mate’s head.

It is a queue that is nowhere close to a barbering salon but inside the compound of the Yirenkyikrom D/A Primary School in the Kwahu-South District.

Neither is the person doing the barbering one who earns his daily bread from shaping hairs of shapes and sizes.

He is their teacher. 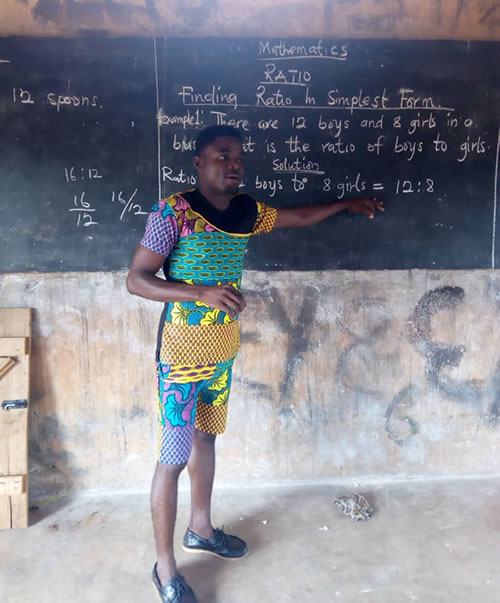 Living in a rural farming community where a cutlass is more important than a hair cut, Daniel Gyewu, a Primary Five and Six teacher, offered to do this for his pupils after school. This is at no cost to them.

“When I was posted to this school, most of these pupils came to school with bushy hair. When I asked them why they leave their hair bushy, they said their parents said they don’t have money to send them to the barbering shop,” he told TheGhanaReport.com

The Presbyterian College of Education graduate turned barber began his extra work a few months after he was posted to the school in 2016.

“As a teacher, apart from teaching them, I devote my time, buy blade and barber them myself, due to the financial constraints in the locality.”

“I was shocked to see that because of poverty, some parents use scissors to trim their children’s hair anyhow. A blade is not expensive so I just get some and work and it better. 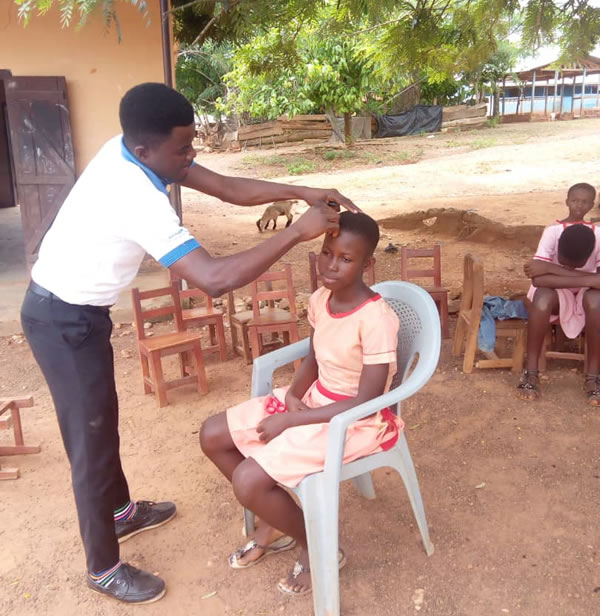 After word went around about his efforts, a philanthropist donated a clipper to the teacher turned barber and he says he could not be happier.

It has not just earned him praise from parents but also his pupils.

“We’ve become so well bonded that some of the children confide in me. They tell me things they wouldn’t even tell their parents. This was not the situation before I started cutting their hair.

“Apart from that, their confidence level has also gone up. They express themselves better in class,” he explains.

That is not all. The school’s enrollment figure, Gyewu says, is also going up. From 100 students, it has gone up to 120.

Yirenkyikrom D/A Primary School where Gyewu teaches has only five teachers from Kindergarten to Primary Six.

In the face of this dire lack, the school has combined its classes. Primary 1 and 2 are combined, so is Primary 3 and 4 and then 5 and 6 also join to make one class.

It means Primary 2 students study Primary 1 subjects and lessons. This is replicated in the other combined classes.

According to the teacher, the school is expecting newly posted teachers to help ease the human resource crisis there.

He does not know when the teachers will join the school. 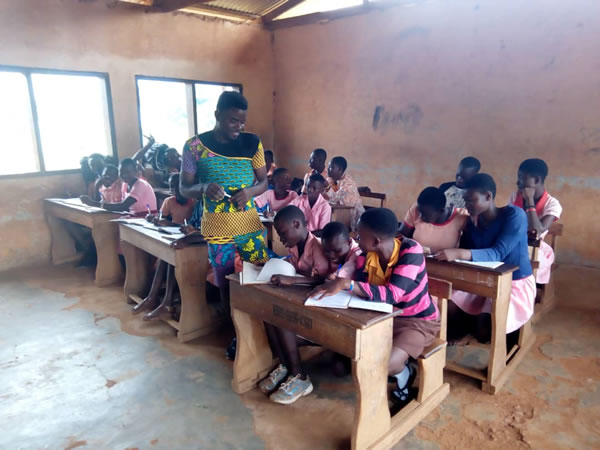 He told theghanareport.com, packing students to a desk does not help in getting them to concentrate in the discomfort.

The trained teacher is also concerned about the state of school uniforms used by his pupils.

“Some of them come to school terribly dressed. Sometimes, I’m forced to give them dresses and shoes.

With all these challenges to deal with, Gyewu says parents appreciate his efforts.

“The parents always appreciate me, especially at Parents Teacher Association meetings and for the children, even those who were truant started to be punctual,” the Presbyterian College of Education graduate said. 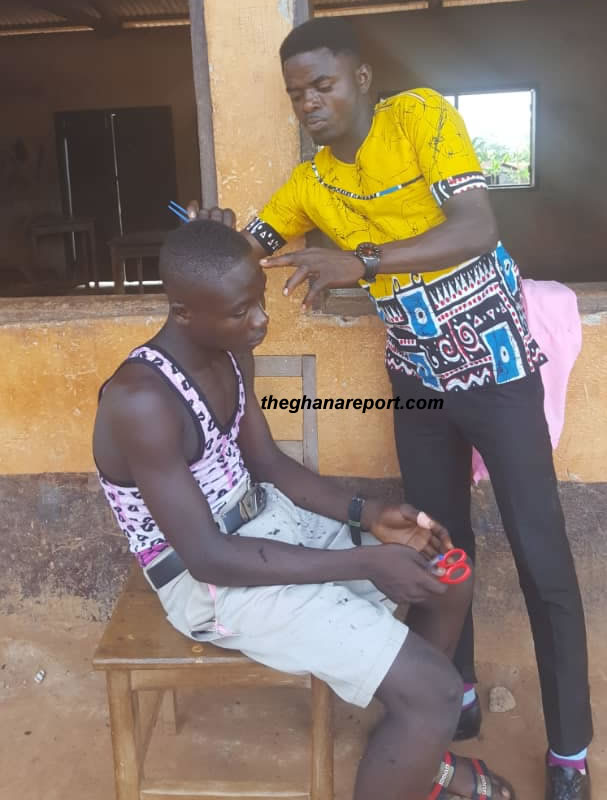 But it is not just the beneficiaries of Gyewu’s work who are appreciative of his effort.
When he shared images of his gesture on Facebook, a friend on the social media platform, Kenneth Gyamerah offered to buy a hair clipper for him. He delivered on the promise.

“I thought it was a joke.

“Lo and behold he has fulfilled his promise. To me, the best thing you can do to yourself is making yourself happy. But the most important one is making others smile with the little things you do in their lives,” he said