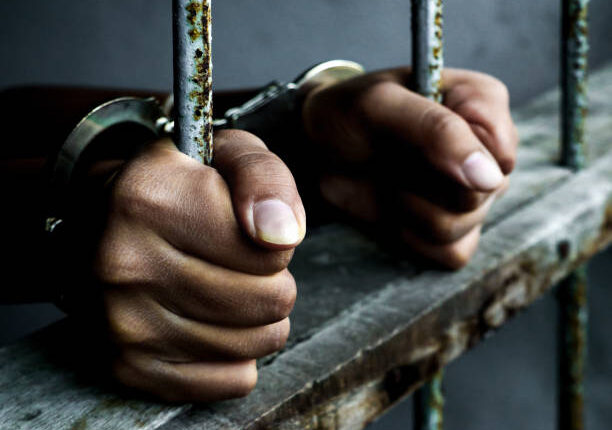 The Police in the Ashanti Region have arrested five armed robbery suspects after an intelligence-led operation on the Accra-Kumasi Highway.

They are currently in police custody.

Items retrieved from them include one AK 47 assault rifle, two magazines loaded with 24 rounds of ammunition, one python revolver pistol, eight BB live cartridges, nine gold nuggets and an amount of GHS 9,077.

A Toyota Land Cruiser with trade plate number DV 4142 F which was being used by the robbers has also been impounded.

In the Savannah Region, the Police Command there is also pursuing three armed robbers who attacked and shot a commuter on the Bole-Bamboi Highway.

Preliminary reports indicate that the victim was the driver of a Hyundai Accent saloon car with two other passengers on board, travelling from Accra to Jirapa.

On reaching a section of the road between Banda Nkwanta and Nuoyiri communities, three armed men emerged from the bush and signaled the vehicle to stop.

While slowing down, one of the robbers shot and killed the driver.

The Police have mounted a manhunt to get the suspects arrested.

Community members of Banda Nkwanta and Nuoyiri have been alerted to assist police with relevant information that could lead to the identity and arrest of the suspects.

“We will do whatever it takes to get these miscreants arrested and brought to justice”, the police said in a statement.