A Police officer captured in a video allegedly sexually harassing a female victim in a vehicle has been remanded by the Sunyani District Court.

He has since pleaded not guilty to the said charges and is to reappear on December 1.

When news of the assault broke out, the Inspector-General of Police (IGP) Dr. George Akuffo Dampare reached out to the victim.

He assured her of thorough police investigations and any other necessary police support, including psychological care and trauma therapy. 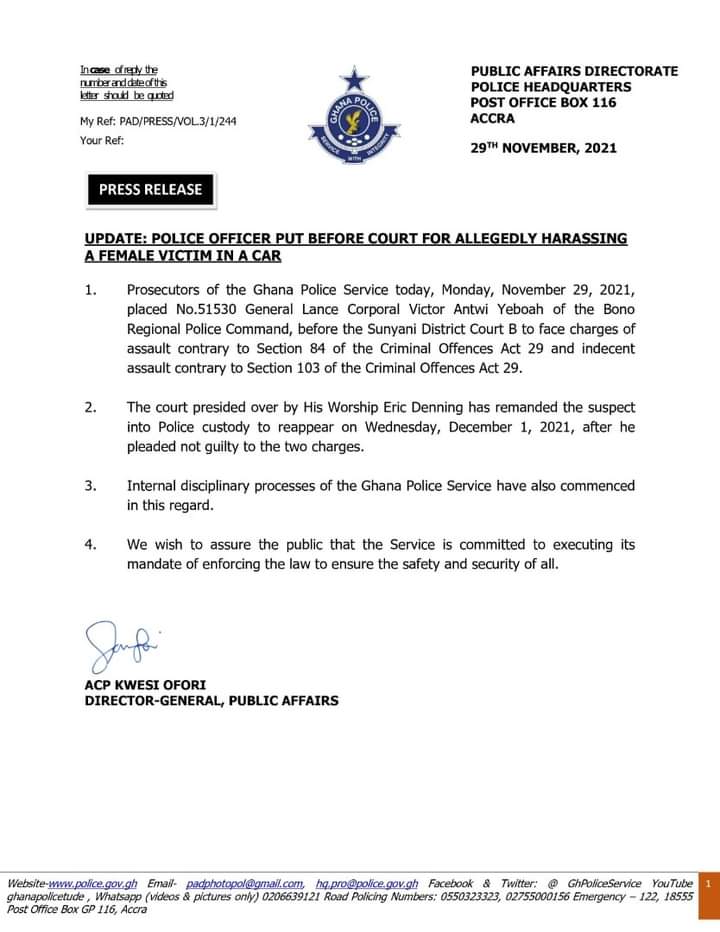