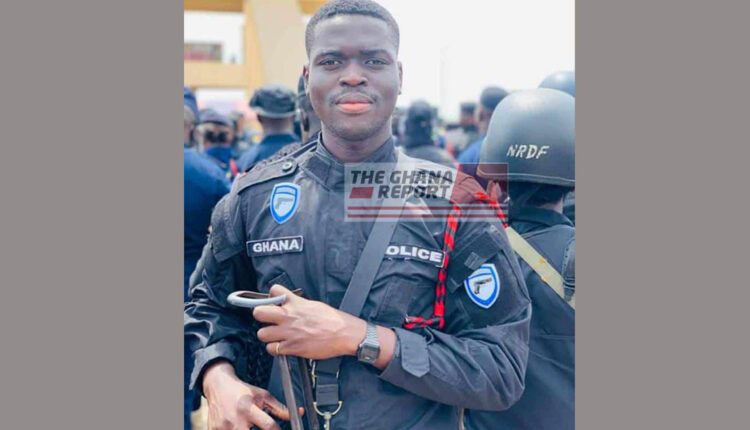 The Ghana Police Service has placed a GH¢20,000 bounty on the head of killers of two persons, including a cop, during a bullion van armed robbery attack at James Town in Accra on Monday.

Director of Public Affairs of the Ghana Police Service, Supt. Sheilla Kessie Abayie-Buckman announced on Tuesday as pressure piled on the security agencies to track down the robbers whose identities are yet to be known.

On Tuesday, June 15, the Inspector-General of Police met several stakeholders in the banking sector to address the recent surge in robberies.

At the meetings held with the Governor of the Bank of Ghana (BoG), Dr Ernest Addison, Executives of the Ghana Association of Bankers, and Managing Directors of banks in Ghana, the decision to use standardized equipment for Cash in Transit (CIT) services was reiterated.

She said the police is confident that the amount will encourage people to give information about the suspects’ whereabouts.

Meanwhile, the Minority in Parliament, in a press briefing on Tuesday, called on President Akufo-Addo and his team to up their game to reduce violent crime.

According to the NDC MPs, the practice of populating the top hierarchy of the police service with retirees has demoralized personnel of the service who are waiting for their turn to take over leadership positions.

According to the police, preliminary investigation shows that unidentified armed men on a number of motorbikes crossed the bullion van, which was on a pay/collection errand at about 1100 hours and shot at the police officer who was on escort duty on the van, killing him instantly.

The armed men also fired sporadically in the air and on the driver, who sustained gunshot wounds and is responding to treatment.

A hawker was also killed by the armed men when one of two ladies on the bullion van stepped out of the van and ran towards the deceased seller’s direction.

Both ladies on the van, tellers of MON TRAN, escaped unhurt but were sent to the hospital to be treated for trauma.

Crime scene experts have visited the scene of the crime and are going through the necessary procedures.

In January 2021, 10 suspected armed robbers attacked a bullion van belonging to the Delta Security Company at Fomena in the Ashanti Region.