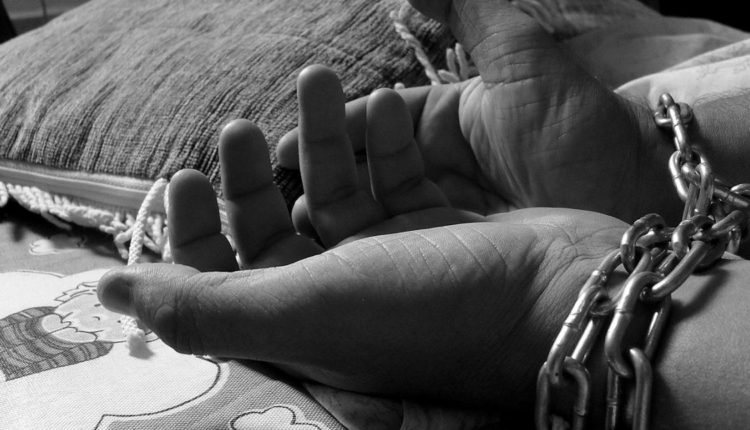 Fourteen (14) children have been rescued from trafficking by Police Officers stationed at Volta Regional Motor Traffic and Transport Department (MTTD) in Ho.

The children rescued on February 7, 2020, made up of 11 boys and 3 girls, are said to be victims trafficked from Tatale in the Northern region.

The police, in a statement signed by the Volta Region Public Affairs Officer, Corporal Prince Dogbatse, explained that the children were taken from a vegetable farm at Ajdena, near Akosombo in the Eastern region.

He added that the children were to work as farmhands in the region but were rescued while in transit at Juapong in the Volta Region.

According to the police, “investigation shows that parents of the trafficked victims will receive an amount of two thousand Ghana cedis (GhȻ2,000.00) for each child for each year that the child will work on the farm.”

The statement goes on to say that “their traffickers, Owusu Deveh, aged 42 and Ndonda Nakoja, aged 74, both believed to have been aided by others who are being pursued by police are standing trial at the Ho Circuit Court.”

Based on the turn of events, the police has therefore decided to hold the children temporarily as its outfit engages relevant stakeholders.

Meanwhile, the Police has cautioned “parents and the general public to desist from recruitment, transportation, transfer, harbouring, trading or receipt of persons, especially children within and across the national borders for exploitation, forced labour or any service prohibited by law.”

It has warned that any person found to engage in such activity will be arrested and prosecuted.

Find below the statement from the Police Service 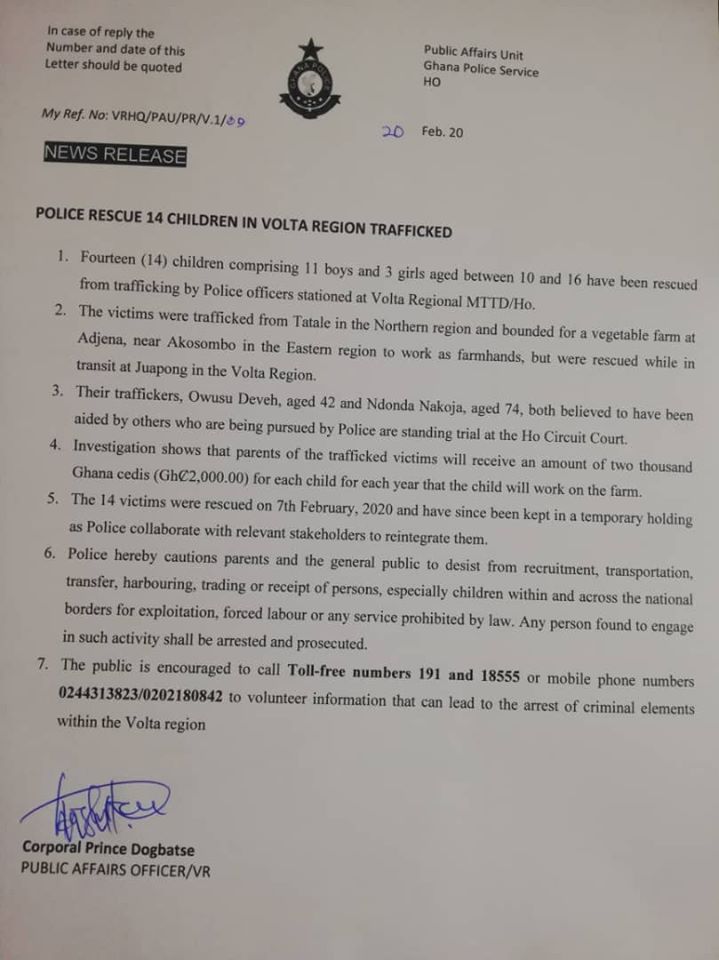