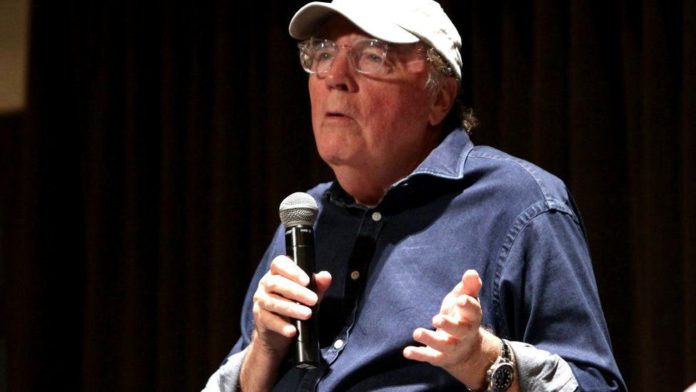 Author James Patterson has apologized for saying older white writers face “just another form of racism”, which makes it harder for them to find work.

The best-selling US writer made his comments to The Sunday Times last week.

But following a backlash, he posted an apology and said he did not actually think white writers suffered racism.

“I apologize for saying white male writers having trouble finding work is a form of racism,” the 75-year-old wrote on Facebook on Tuesday.

“I absolutely do not believe that racism is practiced against white writers.

“Please know that I strongly support a diversity of voices being heard – in literature, in Hollywood, everywhere.”

Patterson is one of the world’s most successful authors, having sold roughly 450 million books – thrillers, non-fiction, and romance novels – over several decades.

He was the best-selling author of adult fiction in the UK in 2020, according to Nielsen Book Research, and was recently announced as the most-borrowed author from British libraries for the 14th year in a row.

His best-known works include the Women’s Murder Club novel series and another series about Alex Cross, a black detective, and psychologist, portrayed by actors Morgan Freeman and Tyler Perry in film adaptations.

According to the Sunday Times, Patterson said he worries that it is hard for white men to find writing jobs in film, TV, theatre, and publishing.

“What’s that all about?” Patterson said. “Can you get a job? Yes. Is it harder? Yes. It’s even harder for older writers. You don’t meet many 52-year-old white males.”

Many people online took umbrage at the comments. Author Keith Boykin, who wrote Race Against Time: The Politics of a Darkening America, noted on Twitter that “as recently as 2020, the heads of all big five publishing houses were white”, and around three-quarters of published authors are white.

Frederick Joseph, author of The Black Friend: On Being a Better White Person, offered: “From a Black man who has had over 50 rejections of books (all of which are now bestsellers) because white editors don’t understand them or ‘already have Black male authors’… shut up.”bbc

Dr Shola Mos-Shogbamimu, author of This Is Why I Resist, described Patterson’s “false equivalence” of racism as “white supremacy personified”. She said: “He’s missing good old days when White men had ALL the writing gigs?”

Rebecca Carroll, whose memoir was titled Surviving the White Gaze, added: “Imagine being born the year Jackie Robinson was the first Black MLB [Major League Baseball] player in history, and then growing up to be one of the richest authors in America talking about struggles for white men is ‘another form of racism’.”

Artist and cartoonist Shing Yin Khor said Patterson and other celebrities had “ridden their waves of privilege far beyond their own skill levels”.