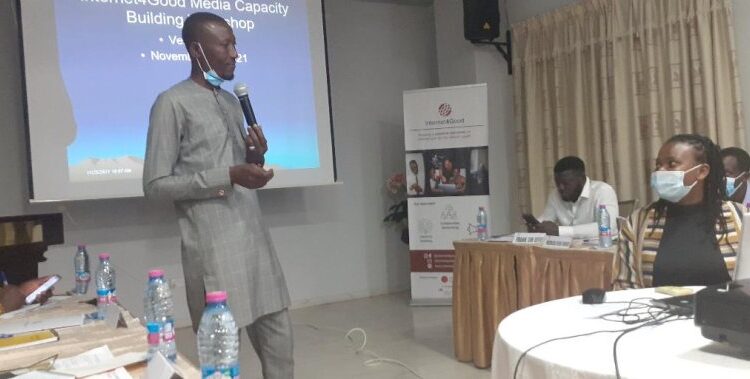 A private legal practitioner and lecturer at the Ghana Institute of Journalism, Zakaria Tanko Musah, has urged journalists to use advocacy journalism to change the stereotype about Africa as a haven for cybercrime.

Speaking at a two-day workshop in Accra, Mr. Tanko stressed the need to correct that stereotype through their storytelling.

There are two dominant images of Africa: the wildlife and natural beauty promoted by the tourism industry and the poor, corrupted Africa riddled with wars and disease, used excessively by the international aid and charity sectors and reinforced by international media.

He explained that though the continent records online crimes, the attention given to it by the foreign media was disproportionate.

According to him, criminal activities on the internet were more than financial fraud (sakawa), which Africa had been accused of, citing cyber terrorism, cyber extortion, cybersex, cyber trafficking, stalking, and pornography as cyberattacks committed in other parts of the world.
” This is a  chart of the top 20 countries with the highest cybercrimes and there is no African country in it, the chart is topped by the USA, China, Germany, Britain, Brazil,Spain, Italy, France, and others… these are countries known for cybercrime in the world”
“Yet Africa has been branded to be the haven for cybercrime by the international media and unfortunately some African media practitioners blindly feed into that narrative, it is time to advocate against it” he stressed
Mr. Tanko called on the media to help create a new frame by projecting the positives of Africa and urged the youth to use the internet to improve their lot and not dwell on the negatives.
That, he said, had to be consciously done by not looking at news from the perspectives of the western world and let the positives make the headlines rather than the negatives.
Mr. Tanko was addressing some selected media personnel across Ghana during a two-day training workshop organized by the Internet4good Initiative and supported by the Bosch Alumni Network.
The workshop was to empower media practitioners to change the reportage of the “African scammer” stereotype.
Story By Aba Asamoah / info@theghanareport.com
BrazilBritainChinaFranceGermanyItalySpainUSA
You might also like
Headlines