The action by the three Orthodox churches follows the coronavirus pandemic that has compelled the President to place an embargo on all public gatherings. The mission schools of the churches will also remain shut.

The swift reaction, uncharacteristic of Christendom, reflects the critical state of the country’s public health in protecting citizens. The Charismatic fraternity and Muslims have not commented yet.

Less than an hour after Mr Akufo-Addo’s COVID-19 update on Sunday, March 15, the PCG release was in circulation directing all church leaders to cease mass meetings.

Portions of the notice read:”…all church services in the PCG are suspended for four weeks, and all Presbyterian schools are closed down”.

The Public Relations Officer of the PCG, Rev. George Larbi, confirmed to theghanareport.com that it was the official position of the Church and all Presbyterians are to comply.

The PCG membership has been asked to “keep calm and continue to pray to the God of heaven until something happens”.

In a statement released the same day, the Presiding Bishop, Most Rev. Dr. Paul K. Boafo, said, “The issue of the novel coronavirus, which has become a global plaque, is most worrying. We believe in the power of God to end this epidemic”. 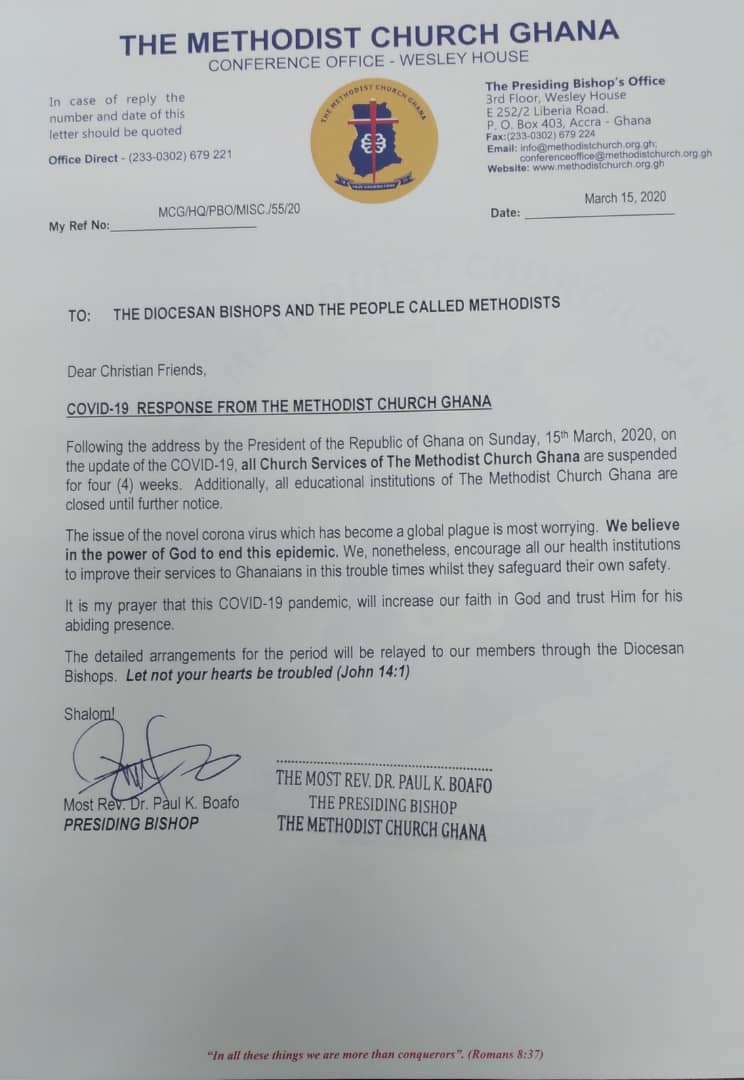 The Roman Catholic Church also charged its members to cease all public masses for a month. The church is introducing live streaming of masses, a message from the President of the Ghana Catholic Bishops’ Conference, Most Rev. Philip Naameh stated. 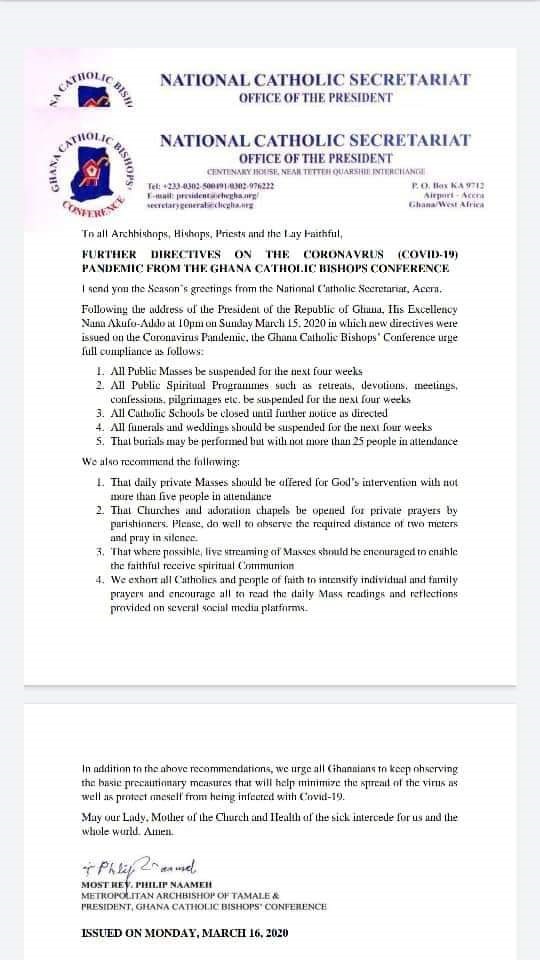 Ghana has recorded six cases of the coronavirus, also known as COVID-19, but yet to record any fatalities.

Global statistics have soared with over 6,526 deaths. Some 170,237 who have contracted the virulent disease are battling for their lives at a mortality rate not less than 3%, according to the WHO.

The detection of the first infections prompted the PCG to bar “all official travels” including “Presbyterians travelling outside the country” and also partners who intend to visit PCG congregations, Districts or Presbyteries.

The first Sunday after the index cases was unusual as a significant period was dedicated to prayers, education and sensitisation of church members.

The PCG has one of the largest aged congregants. It was critical to roll such measures as the global death toll shows huge numbers for persons beyond age 70.

The Osu Ebenezer Presby Church (OEPC) organised a special session including a Q&A session to quell fears and misconceptions.

The Health Committee of the Church led by Occupational Health Specialist at Goldfield’s Hospital, Dr Tetteh Odjidja, handed the interaction.

He highlighted personal hygiene and cautioned against waving handkerchiefs during service, which could be a source of spread.

Some church members raised concerns about the re-use of offertory and tithe jackets.

The discussion took a dramatic turn when a female church member asked if she should stay away from conjugal duties with her husband to protect herself.

The doctor told married couples not to shun sexual activity unless symptoms are prevalent in one partner.

The doctor advised congregants to consume nutritious meals high in fruits and vegetables to boost their immune system to fight any infections.

He addressed the false perception of alcohol consumption as a protective measure, and the notion of the infection being a ‘white-man disease’. 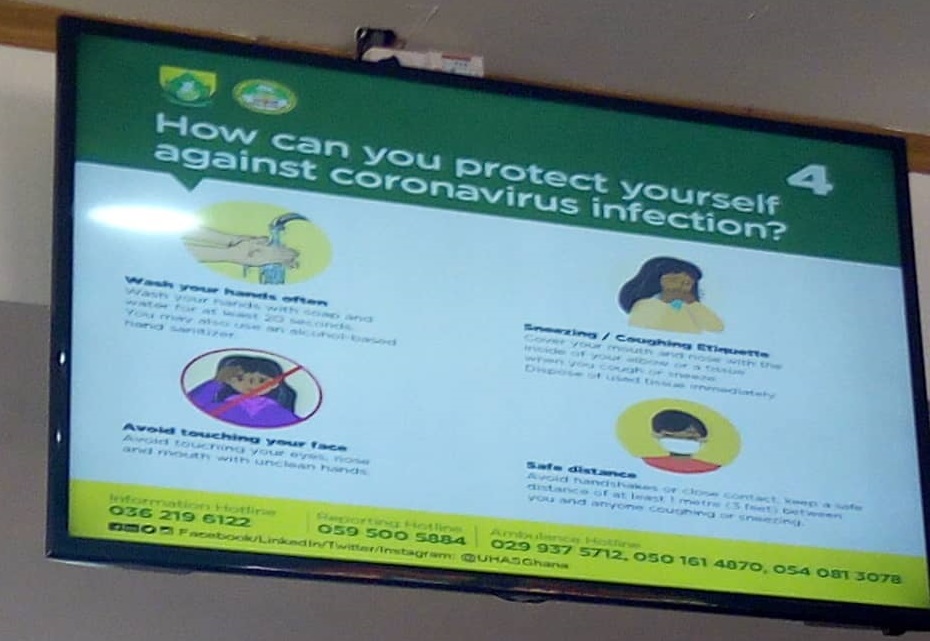 Congregants were advised to be vigilant and avoid non-alcoholic, non-viral, inferior, and products which are unable to kill up to 99.9% of germs.