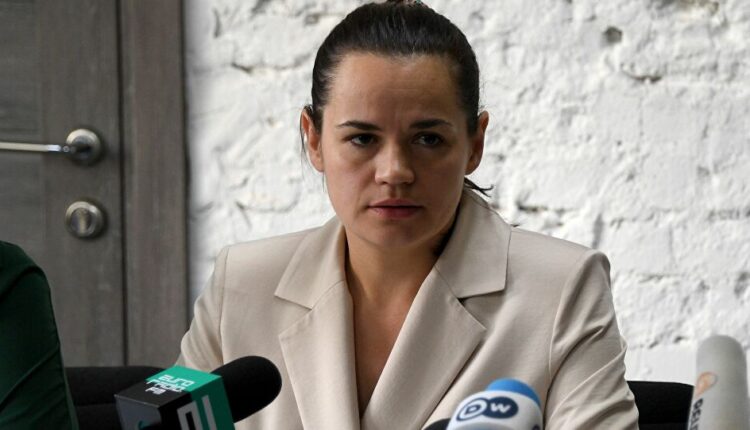 Presidential contender flees Belarus ‘for sake of her children’

Belarusian opposition leader Svetlana Tikhanovskaya has said she had taken a “very difficult decision” to leave the country, after disputing an election she claimed was rigged.

Ms Tikhanovskaya said she did it for her children as protests continued for a second night. One person has died.

She was “safe” now in Lithuania, the country’s foreign minister said.

Poll results gave President Alexander Lukashenko 80% of the vote, but there have been numerous claims of fraud.

Violent clashes between police and protesters over the two nights since the election was held have left at least one person dead, and there have been numerous reports of police brutality.

Ms Tikhanovskaya is said to have galvanised the opposition, which presented a stronger than ever challenge to the autocratic Mr Lukashenko, who has ruled the former Soviet country since 1994.

The president, however, has described opposition supporters as “sheep” controlled from abroad.

What did Ms Tikhanovskaya say?

In an emotional video address to supporters (in Russian) recorded before her departure for Lithuania and posted on YouTube, Ms Tikhanovskaya said she had overestimated her own strength.

“I thought that this campaign had really steeled me and given me so much strength that I could cope with anything,” she said.

“But I guess I’m still the same weak woman that I was.”

She said her decision to leave was taken “completely independently” and not influenced by anyone around her, even though many people would “condemn” or “hate” her for it.

“No one life is worth what is happening,” she added. “Children are the most important things in our lives.”

Ms Tikhanovskaya sent her children to Lithuania for safety before the election.

There had been concern for her on Monday but her campaign later said she was “safe”, without saying where.

Mr Linkevicius told Lithuanian radio Ms Tikhanovskaya had been detained for seven hours in Belarus but did not say why or by whom.

An associate of the opposition leader said she had been escorted from the country by the authorities as part of a deal to allow the release of her campaign manager, Maria Moroz, who was arrested on Friday evening. The two women left the country together.

Who is Svetlana Tikhanovskaya?

The election campaign saw the rise of Ms Tikhanovskaya, 37, a former teacher who was a stay-at-home mother until she was thrust into the political spotlight.

After her husband was arrested and blocked from registering for the vote, she stepped in to take his place.

After the vote took place, her campaign said the results, which gave her just 9.9% of the vote, “did not correspond to reality” and vowed to challenge “numerous falsifications”.

Ms Tikhanovskaya told reporters that she had in fact won the election, and called on the authorities to relinquish power peacefully. Protests began as soon as polls closed.

However, Mr Lukashenko said he would respond robustly to the protests and not allow the country to be torn apart.