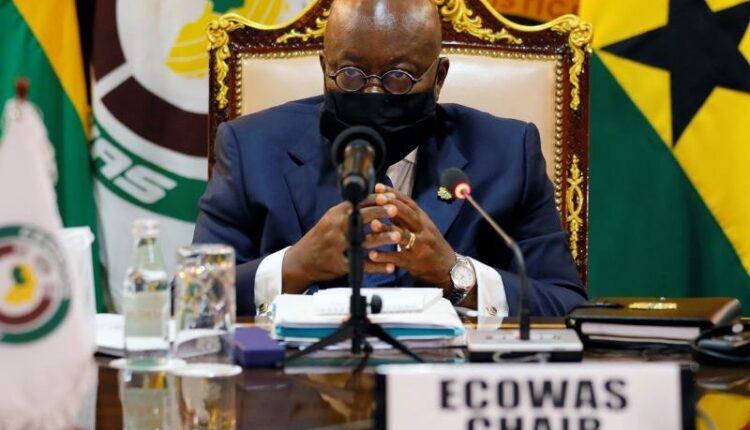 President Akufo-Addo, has been re-elected as Chairman of the Authority of Heads of State and Government of the Economic Community of West African States (ECOWAS) during an extraordinary session held on Wednesday, February 3, 2021, by all west Africa heads of states.

The election was done through a Videoconference on February 2, 2021 where President Akufo-Addo was overwhelmingly endorsed to serve a further one-year term as Chair of the Sub Regional body.

The Authority later released a statement to affirm the re-election of President Akufo Addo.

“To this end, the Authority calls on His Excellency Nana Addo Dankwa Akufo-Addo, President of Republic of Ghana with the support of the Ministerial Ad hoc Committee on institutional reforms to lead a reflection on the issues and a report on this point be submitted to the ordinary session of the Authority to be held in June 2021. To that effect, a consensus emerged from the heads of state and governments that His Excellency Nana Addo Dankwa Akufo-Addo continues for a second term as Chair of the ECOWAS Authority to oversee the implementation of the reforms.”