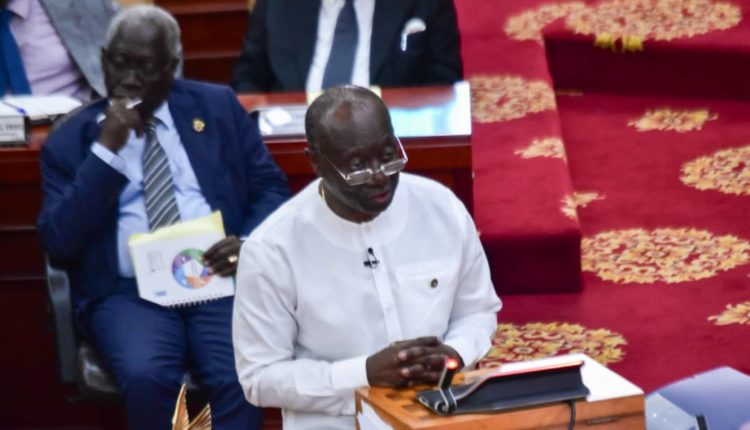 An economist and research fellow with the Institute for Fiscal Studies (IFS), Dr. Adu Owusu Sarkodie has stated that government’s indication to pay 80% of debt owed road contractors is not ambitious.

According to him, it is a good idea once government will be fiscally disciplined and work within the budget and not overrun it’s expenditure especially as we enter the election year.

“I don’t know how much each contractor is owed but again the capital expenditure from which we will get the monies for roads construction has been increased so, if per the minister’s calculation with the increment they are able to pay contractors then it is a great news,” he said.

“We want our roads to be fixed. The government has done very well with social intervention programs so, if they are able to add the investment expenditure bit to it, I think the growth rate will pick up and I am not sure it is too ambitious with what we are seeing,” he added.

Government has pledged to pay 80 percent of all debt owed road contractors in the country to get them to return to site and resume work.

The Finance Minister, Ken Ofori-Atta announced this during the delivery of the 2020 Budget statement and Economic Policy in parliament on 13th November, 2019 stating that government will focus on fixing the country’s roads in 2020 and beyond.

In the wake of nationwide protests over bad roads, Ken Ofori-Atta tagged 2020 as “The Year of Roads”.

“Mr. Speaker with this large number of roads to be constructed, the year 2020 can aptly be described as “The Year of Roads” along with a focus on all our flagship programmes,” he stated.

On 18th November, 2019, Vice President Mahamadu Bawumia cut the sod for four projects to begin under the $2 billion Sinohydro deal.

The deal between Ghana and China is meant to facilitate the construction of a number of infrastructural projects in Ghana.

The first four projects under Phase 1 of the Sinohydro deal or Sinohydro Master Project Support Agreement are the Tamale Interchange, Prestea and Cape Coast Inner City Roads, the upgrade of selected feeder roads in the Ashanti and Western Regions, and the Hohoe-Jasikan-Dodo Papesu roads.

President Nana Akufo-Addo is hoping the construction and rehabilitation of inner-city roads of Accra and Kumasi will begin in 2020 as part of the deal.