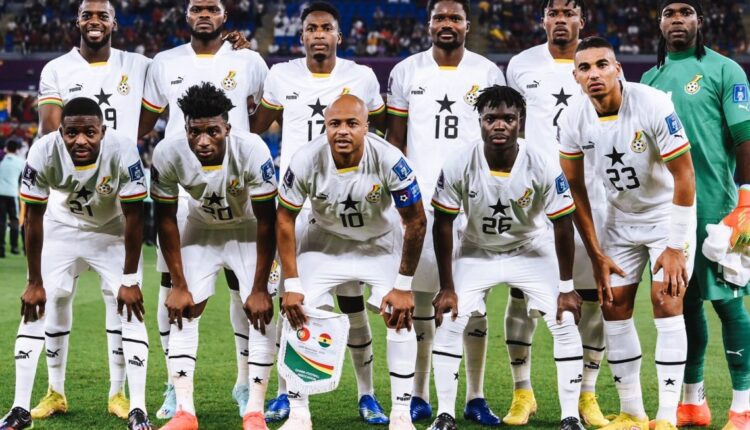 The head coach of the Ghana national team, Otto Addo has named his starting eleven for the match against South Korea.

coach Otto Addo has made three changes to his starting 11 for today’s game with both the Ayew brothers making a start.

The defensive back five played against Portugal in the first match has been revised to a back 4 with Tariq Lamptey and Gideon Mensah coming in to replace Seidu and Baba Rahman.

France-based defender Alexander Djiku also could not make the starting line up as he warms the bench as we kick start the starts prepare to meet the Koreans.

Ghana take on South Korea at 1 pm Ghana time, at the Education City Stadium and must secure a win to stand a chance of progressing to the next round of the competition.

Defeat for Ghana means they will suffer an early exit from the 2022 World Cup. 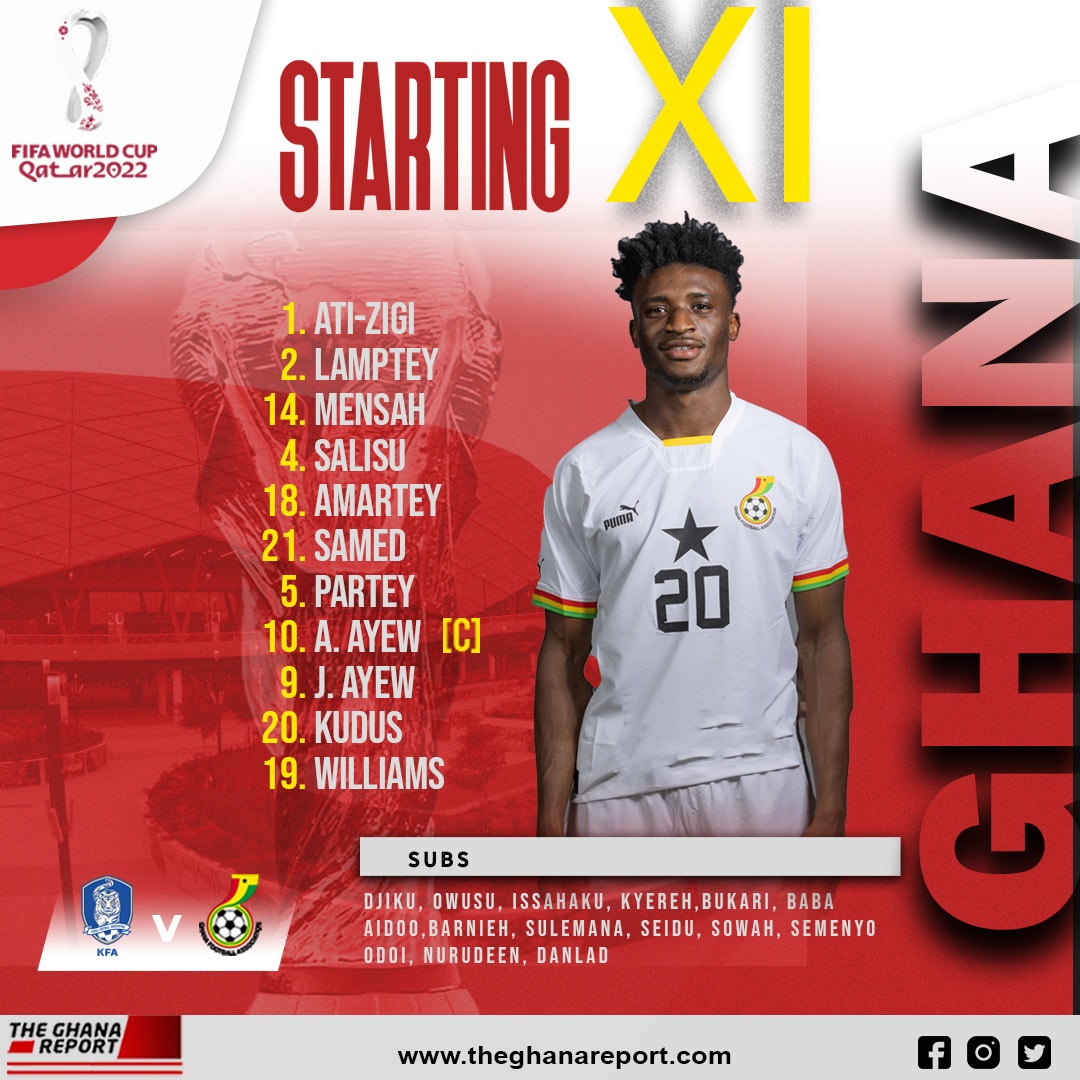