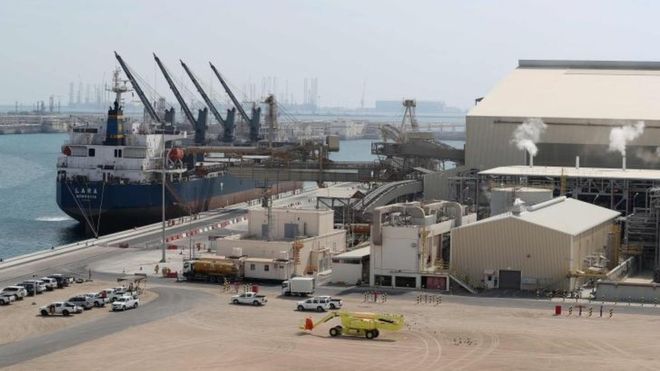 Qatar has announced it is pulling out of the Opec oil producers’ cartel, just days before the group meets in Vienna.

The Gulf state, which joined Opec in 1961, said it would leave the cartel in January and would focus on gas production.

Qatar, the world’s biggest exporter of liquefied natural gas, has been boycotted by some Arab neighbours over allegations that it funds terrorism.

Opec is expected to cut oil supply at this week’s meeting.

Explaining Qatar’s decision, Energy Minister Saad al-Kaabi said: “We don’t have great potential (in oil), we are very realistic. Our potential is gas.”

He said geopolitics was not factor in the decision.

Since June 2017, Qatar has been cut off by some of its powerful Arab neighbours, particularly Saudi Arabia, over its alleged support for terrorism.

Qatar’s withdrawal from Opec may not have any lasting impact on the price of oil as it a relatively small producer.

But this week’s meeting of Opec is being closely watched by markets for any agreement over cuts to production after the oil price fell sharply in November.

US to give 2.5million dollars development support to farmers— Ambassador…