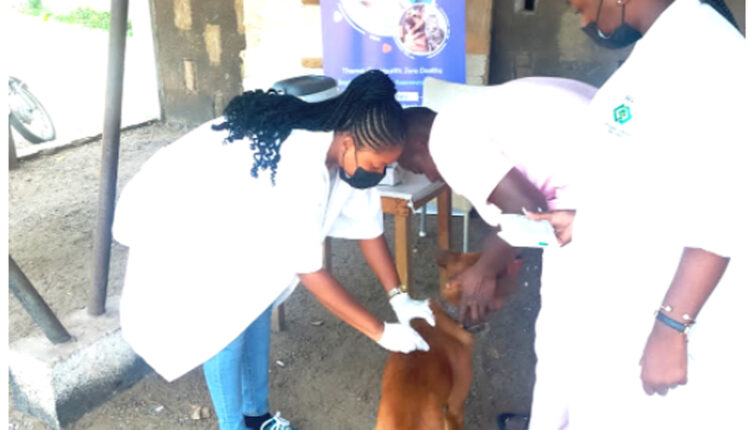 As you are aware, the month of September has been dubbed “Rabies Awareness Month” by all health partners. Consequently, this year’s celebration is scheduled to take place in the Upper East Region.

The theme for this year’s celebration is “One Health, Zero Deaths”, which is aimed at highlighting awareness, celebrating rabies prevention efforts, intensifying activities and uniting towards a total eradication by 2030.

Rabies is a deadly viral disease of warm-blooded animals and is transmitted to humans through the bite or a scratch of an infected animal, resulting in fatal encephalitis (inflammation of the brain), nervous system disorder and death.

It is obvious that anyone who gets rabies dies. More than 95 per cent of human cases of rabies are due to bites or scratches from infected dogs.

It is now proven that in America, bats are the major source of human rabies deaths. Transmission can also occur when infectious material, usually saliva, comes into direct contact with human mucosa or fresh skin wounds.

As a result of its devastating effects, the World Organisation for Animal Health (OIE), the Food and Agriculture Organisation of the United Nations (FAO) and the Global Alliance for Rabies Control (GARC) have established a global “United Against Rabies” collaboration to provide a common strategy to achieve “zero human rabies deaths by 2030”.

According to the World Health Organisation (WHO), about 70,000 people die of rabies every year across the world.

Out of the estimated 70,000 people that die of rabies every year, 99 per cent of deaths occur in Africa and Asia, especially in the developing countries, with Ghana not being an exemption.

Rabies is prevalent in more than 150 countries and territories and about 40 per cent of people bitten by suspect rabid animals are children between the ages of five and 15.

The situation in Ghana

Dog bite cases keep increasing over the years in Ghana, especially in the Ashanti and Greater Accra regions due to a rise in the population of stray dogs.

Between January and September 2014, 70 dog bites had been recorded in Accra, with six deaths according to the Veterinary Service Department.

In Ghana, 25 human rabies deaths were recorded between January 2009 and July 2011. There has been an increase in rabies cases over the years as 57 people died of rabies in 2016 and it is feared that there were many unreported cases.

In greater Kumasi this year (2022), out of 74 outbreaks 38 tested positive for animal rabies and in the same period five persons died of human rabies.

Rabies elimination is possible through vaccination of dogs and prevention of dog bites. Many countries have been declared free of rabies by the Centre for Disease Control and Prevention.

However, it is expensive treating a rabies exposure. Post-Exposure Prophylaxis (PEP) comes with an average cost of US$40 in Africa and US$49 in Asia. When it comes to Africa and Ghana, this cost could be catastrophic to affected families.

Veterinary experts say vaccinating dogs is the most cost-effective strategy for preventing rabies in people. Dog vaccination reduces deaths attributable to rabies and the need for PEP as a part of dog bite patient care.

The situation poses a major challenge to the Veterinary Services Directorate (VSD) of the Ministry of Food and Agriculture.

But we know Ghana is equally up to the task particularly when the VSD is currently undergoing retooling to ensure the strengthening of the institutional capacity to effectively perform its functions of prevention, detection and control of animal diseases, including rabies in the country.

It is expected that the enhanced capacity of the VSD will reduce the vulnerability of the country to the outbreaks of animal diseases.

Veterinary experts indicate that the incubation period for rabies is between two and three months, but may vary from one week to a year depending on factors such as the location of virus entry and viral load.

Early symptoms of rabies include a fever with pain and unusual tingling or burning sensation (paraesthesia) at the wound site.

As the virus spreads to the central nervous system, progressive and fatal inflammation of the brain and spinal cord develops.

The prevention of rabies infection largely depends on the prevention of dog bites for both children and adults. Also, an essential rabies vaccination programme can decrease both the incidence of human rabies and the financial burden of treating dog bites.

Increasing awareness of rabies prevention and control in our communities is paramount, especially with pet ownership.

After contact with a suspect rabid animal, first, inform the veterinary services. The biting animal should be identified and quarantined for observation, then immediately flush and wash the wound for a minimum of 15 minutes with soap and water, detergent, povidone-iodine or other substances that can kill the virus.

The writer is the Head of Public Relations Ministry of Food and Agriculture. Email: bagbara@gmail.com