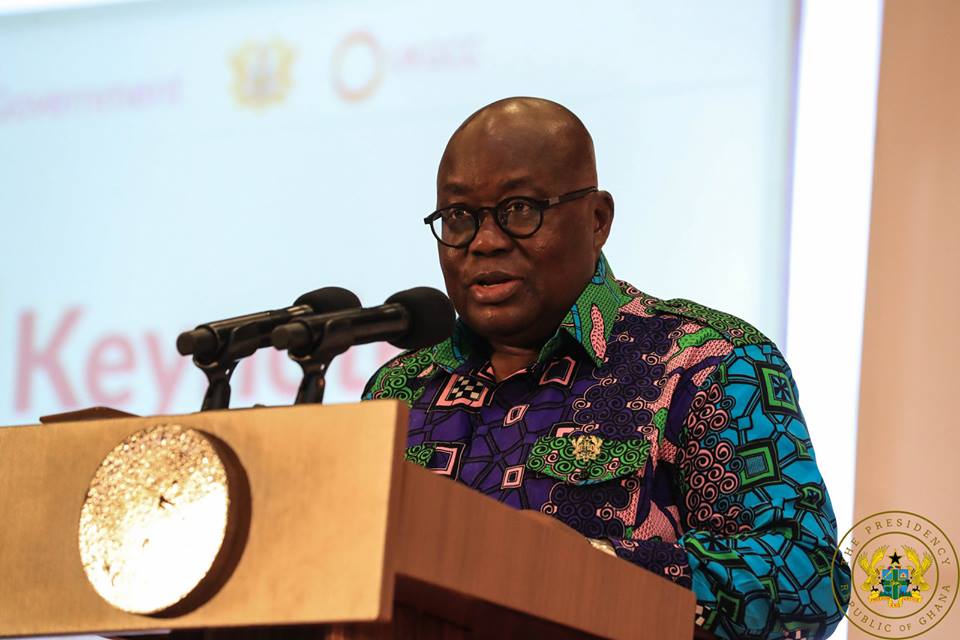 Raise local players in mining sector – Akufo-Addo to MIIF Board

President Akufo-Addo has charged the first Governing Board of the newly established Minerals Income Investment Fund (MIIF) to use the financial resources entrusted to them to raise indigenous players in the mining sector which has hitherto been dominated by international corporations.

Addressing the nine (9) member Governing Board at the Jubilee House after administering the Oaths of Office and Secrecy to them, Akufo-Addo said after a century of mining in Ghana, there was no significant local Ghanaian player in the industry and this, he indicated, was not good enough.

“Hopefully this fund, when properly managed and selectively invested, will over the period of time erase that image and give us a new architecture in the mining industry which includes significant Ghanaian players,” the President said in his address.

“It shouldn’t be the case that Newmount, Anglo gold Ashanti and all these others are the only players in the Ghanaian industry.”

Akufo-Addo on the management of the fund, drew the attention of the Governing Board to the fact that they have a fiduciary relationship with the fund and that they hold the fund in trust for the people of Ghana.

“These monies belong to the people of Ghana and they are counting on you to use it judiciously, prudently and also with some imagination,” President Akufo Addo indicated. “The operation of this fund could be a very critical step in the development and transformation of our economy.”

George Mireku Duker, the Chairman of the Governing Board in his response to the charge of the President noted that they are not going to disappoint the President having reposed his confidence in them by appointing them to the board.

“South Africa for example, has developed because the mining companies there are owned by South Africans. Ghanaians, we are lacking this perspective and that is why this, your vision, to ensure that the local content aspect of this field is really moved by this board and we are going to go by that charge,” Mr. Duker said.

The members of the Governing Board are George Mireku Duker, Chairman; Hon Yaw Baah, Chief Executive Officer of the MIIF; Mrs. Felicia Ashley, Representative of the Ministry of Finance; Dr. Maxwell Opoku-Afari, Deputy Governor of the Bank of Ghana; Mr. Amiishadai Owusu – Amoah, the Commissioner for Domestic Tax Revenue Division of GRA; Ms Naana Dufie Addo, President’s nominee; Kow Essuman, President’s nominee, and Mrs. Antoinette Kwofie, also a nominee of the President. The ninth member who is supposed to be a representative of the Ministry of Lands and Natural Resources is yet to be appointed.

According to the Minerals and Income Investment Fund Act, 218, (Act 978), the Act is to establish a fund to manage the equity interests of the Republic of Ghana in mining companies, to receive mineral royalties and other related income due the Republic from mining operations, to provide for the management and investment of the assets of the fund and for related matters. The Act was assented to by the President on the 3rd of December, 2018, after it was passed into law by Parliament.