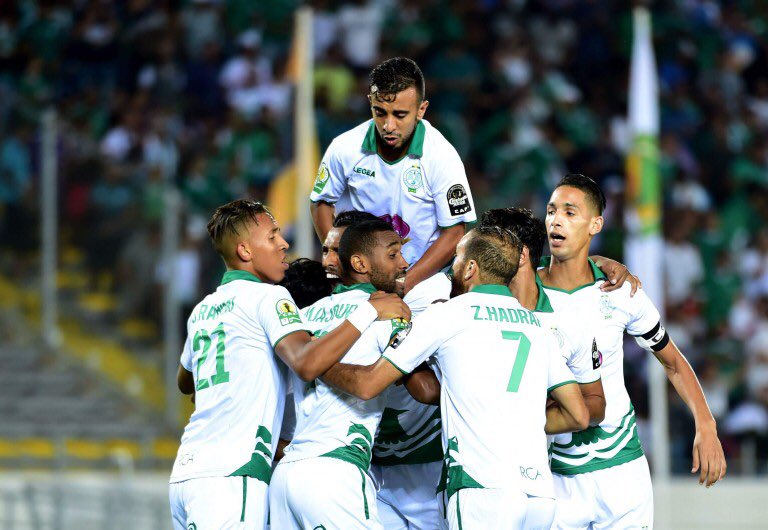 Morocco’s Raja Casablanca won the 2018 African Confederation Cup on Sunday, surviving a late fight-back from DR Congo’s AS Vita Club in the second leg of the final in Kinshasa to win 4-3 on aggregate.

Raja brought a 3-0 first leg advantage with them and despite a 3-1 defeat in the second leg in front of Vita Club’s home fans, the Moroccans held on for the overall victory.

As the second leg of the final kicked off, the pressure was on Vita Club to overturn the big first-leg deficit with the hosts left exposed at the back.

Abdelilah Hafidi duly took advantage with a goal for Raja after 21 minutes to make it 4-0 to the Moroccans on aggregate.

Vita Club refused to give up and went into the break level at 1-1 after Makusu Mundele hit an equaliser on the stroke of half-time.

Mundele, a fitness doubt for the match after getting injured in the first leg, also scored against Raja in August in the group phase of this year’s competition – a match Vita Club won 2-0.

In the second half, Raja appeared to be comfortably holding on to their 4-1 overall lead until Vita Club struck twice in three minutes.

Mukoko Batezadio scored after 71 minutes for the hosts with Fabrice Ngoma scoring shortly after to close the deficit to just 4-3 to Raja.

It made it a tense finish to the match, but Raja held on to become Confederation Cup winners for 2018.

The preliminary round of this year’s African Confederation Cup is already underway with second leg matches taking place on Tuesday and Wednesday.