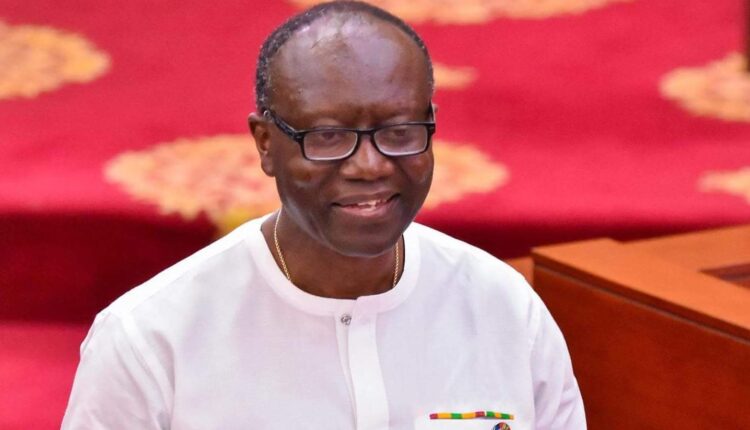 The global economy is experiencing the deepest downturn in the post–World War II period, as the financial crisis rapidly spreads around the world.

A large number of advanced economies have fallen into recession, and economies in the rest of the world have slowed abruptly. Global trade and financial flows are shrinking, while output and employment losses mount.

Credit markets remain frozen as borrowers are engaged in a drawn-out de-leveraging process and banks struggle to improve their financial health.

Ghana has not been spared the economic headwinds. The government therefore had to approach the International Monetary Fund for support in July, this year, after mounting debts in the midst of weak revenues fuelled by large fiscal deficit, rising inflation, a weakening currency and a general hike in cost of living.

Following the approach, a fact-finding team from the fund arrived in July for discussions with the government after which it called for a debt sustainability analysis (DSA).

The negotiations with the government team are meant to determine the form that an economic stabilisation programme, which will be the country’s 17th with the fund since 1957, should take and when it can kickstart.

It will also explore the nature of the policies, reforms and programmes that the loan support should entail. The results of the negotiations will form the basis for a staff decision on Ghana’s economic support request, which will then be submitted to the IMF Executive Board for consideration.

While the negotiations are on-going between the government and the IMF, the Daily Graphic is worried about the negative and ill-informed commentary on the economy by some Ghanaians, a situation which is quite unfortunate.

Strangely, some of these ill-informed discussions in the national media are having direct impact on investor confidence in the economy.

Undoubtedly, it is good that Ghanaians should not be spectators but be active citizens who must show keen interest in the affairs of the nation, however, if that means an attempt to talk down the economy then that must be measured.

Some of the analysis and utterances made by some people are at best very populist and lack sound economic and scientific basis that just fuel speculation and increase the country’s risk profile among investors. What many of the commentators may be forgetting is that money is always described as a coward, and therefore the more we prophesy doom over the economy, the faster investors in our financial markets move their funds away, pushing the economy further downward.

The Daily Graphic believes that to get the economy out of the woods and to turn the corner, we must be measured in our public statements and also work together as one people with a common destiny. It is important that we sing from the same hymn sheet and with confidence and promise.

The onus rests squarely with government to reach out to every stakeholder and the public in general in order to get every citizen on board as it negotiates with the IMF and seeks to implement an economic recovery plan.

Fortunately, the Minister of Finance, Ken Ofori-Atta, on Wednesday assured the nation that the government would transparently engage the public in its discussions with the IMF for support (See yesterday’s lead story).

Bending, but not breaking, during the growing economic crisis will require cool heads, swift action and an eye toward longer-term recovery.

Public cooperation will be critical but our leaders in government and policymakers will play an even more important role in the recovery by properly engaging all the relevant stakeholders and show good faith.

This crisis will test our resilience as a people and a nation. By sharpening awareness of structural vulnerabilities and weaknesses, it may also build consensus and galvanise action on needed reforms and investments that not only accelerate recovery but also support longer-term development.

Private sector innovation for the public good: Why NGOs should embrace the…