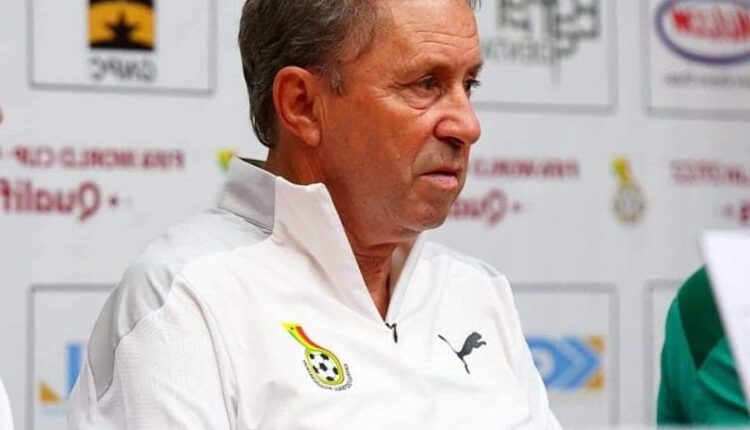 Randy Abbey, a member of the Ghana Football Association Executive Council, has defended the decision to re-appoint Milovan Rajevac as head coach of the Black Stars.

Rajevac took over in September 2021 after Charles Akonnor was fired. The Serbian was entrusted with leading the Black Stars for the second time after impressing between 2008 and 2010.

His second coming, however, did not go as planned.

Rajevac oversaw Ghana’s worst Africa Cup of Nations performance in recent years, as the Black Stars were knocked out in the first round of the 2021 tournament with just one point.

After the tournament, Rajevac was fired and replaced by his assistant Otto Addo, who has done a good job so far by qualifying the team for the 2022 World Cup in Qatar.

“I always say people don’t know what went into the decision to reappoint Milovan Rajevac as the head coach of the Black Stars,” Abbey, a member of the committee that settled on Rajevac, said on Accra-based Original FM.

“The Ghana Football Association [GFA] gave us 48 hours to settle on a new coach for the team and we decided that we have to go in for someone who understands the culture of the country.

“Hervé Renard was our first choice but when we contacted him, he was not ready to leave his work with the Saudi Arabia team because he told us he wants to lead the side to qualify for the 2022 World Cup. Again, his monthly was a problem because he was on an $80,000 but we were still ready to negotiate with him.

“Quickly, we had to engage Milovan Rajevac because of his pedigree and what he has done with the national team.

“He accepted the challenge and came but the fact that he failed means we the committee that brought him did not do a good job,” he added.