Professor Eric Danquah, Founding Director, West Africa Centre for Crop Improvement (WACCI), University of Ghana, has urged African governments to put in place a Presidential Initiative on Grand Challenges for the transformation of the continent’s agriculture.

He urged African governments to re-energize political will for the transformation of agriculture.

He underscored the need for African governments to allocate at least one per cent of their Gross Domestic Product (GDP) to Science, Technology and Innovation.

Speaking to this Journalist during a workshop on Cowpea Value Chain Development in Ghana, Prof Danquah said “If African nations do not invest at least one percent of GDP in science, technology and innovation, it will face the threat of hunger by 2030”.

The four-day workshop, organised by WACCI under its one million dollar African Union- European Union project, is on the theme: “Shaping the Future of Cowpea Value Chain Development in Ghana”.

The workshop seeks to create a platform for firm discussions on a policy brief, establish a consortium, plan the next decade for the development of the Cowpea Value Chain by proposing key activities for the consortium and its partners to address critical issues of processing, value addition and financing of the cowpea value chain.

It will be recalled that WACCI on March 4, this year, organised a stakeholder engagement workshop dubbed “Sustainable Intensification of Cowpea Production and Value Chain Development in Ghana”.

Prof Danquah said in Ghana, the National Research Fund has been on the drawing board for over a decade; adding that it had come in various forms and names under previous governments. “Just a decision to put a minimum, one per cent into scientific research has to be on hold for 11 years; this is troubling and I wish that there would be the political will to do this. I wish that this fund could be embraced as a Presidential initiative for Grand Challenges and passed in Parliament as a matter of urgency”.

This would ensure that by 2030, cowpea will be one of the most productive crops free of biological and physical stresses and other challenges that limit the utilisation of the crop.

Prof Danquah told this reporter that WACCI’s workshop would develop a policy brief that would be placed before the Ministry of Food and Agriculture, Development Partners and other Stakeholders.

On their part, some Producers and Traders praised WACCI for helping Strengthen partnership among Cowpea Value Chains actors across the country.

“Developing a common ground for stakeholders where they can meet and talk freely is key” they added. 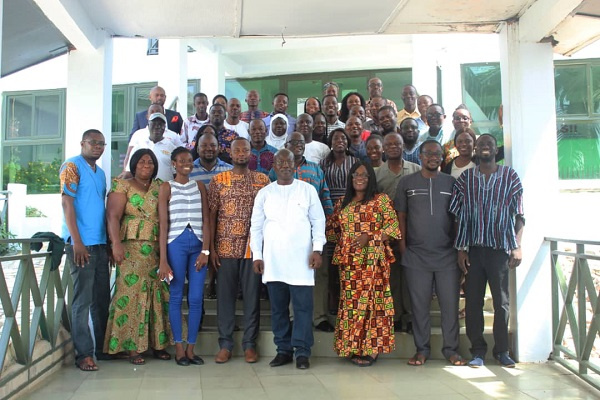 Police launch investigations into attempted robbery at Ecobank in Tema