The First Lady, Rebecca Akufo-Addo, has identified reading as the sure panacea to enhancing the quality of education and deepening the intellect of the youth.

According to her, people with high literacy skills are better positioned to expedite the development of a country and meet its challenges.

“A literate population and communities are in a far better position to develop and innovate than less literate societies,” she said.

Mrs Akufo-Addo, who is also the Executive director of the Rebecca Foundation, made these comments when she commissioned a 40-seater computerised library in Moree in the Abura-Asebu-Kwamankese District of the Central Region. 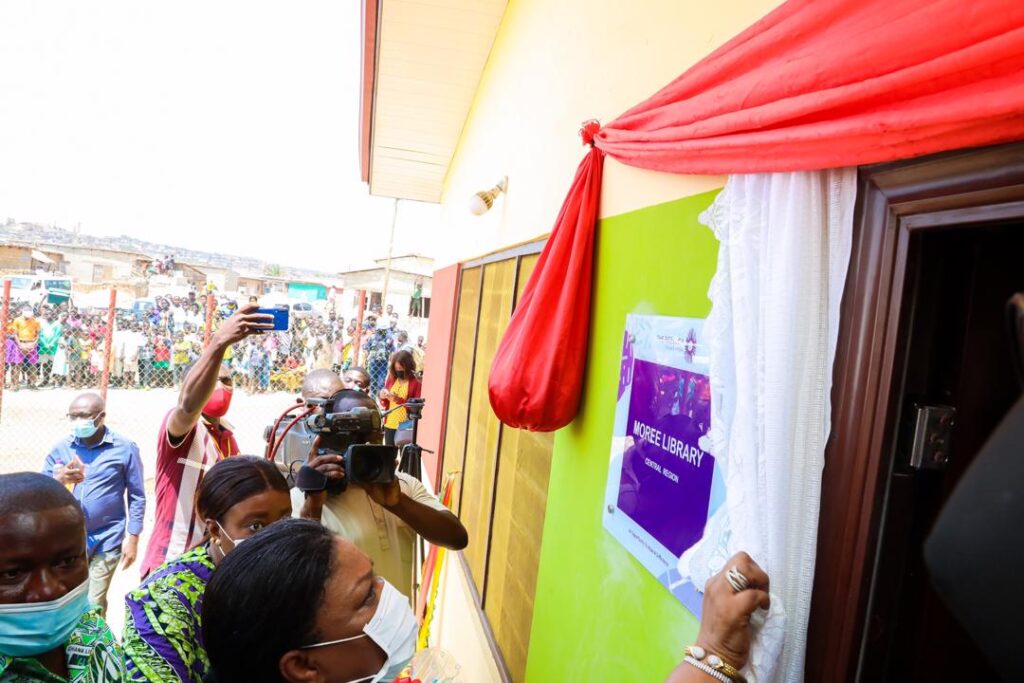 The library, stocked with modern computers and books on different subjects, is expected to serve as an attractive and welcoming environment for the youth to develop the habit and delight in reading. 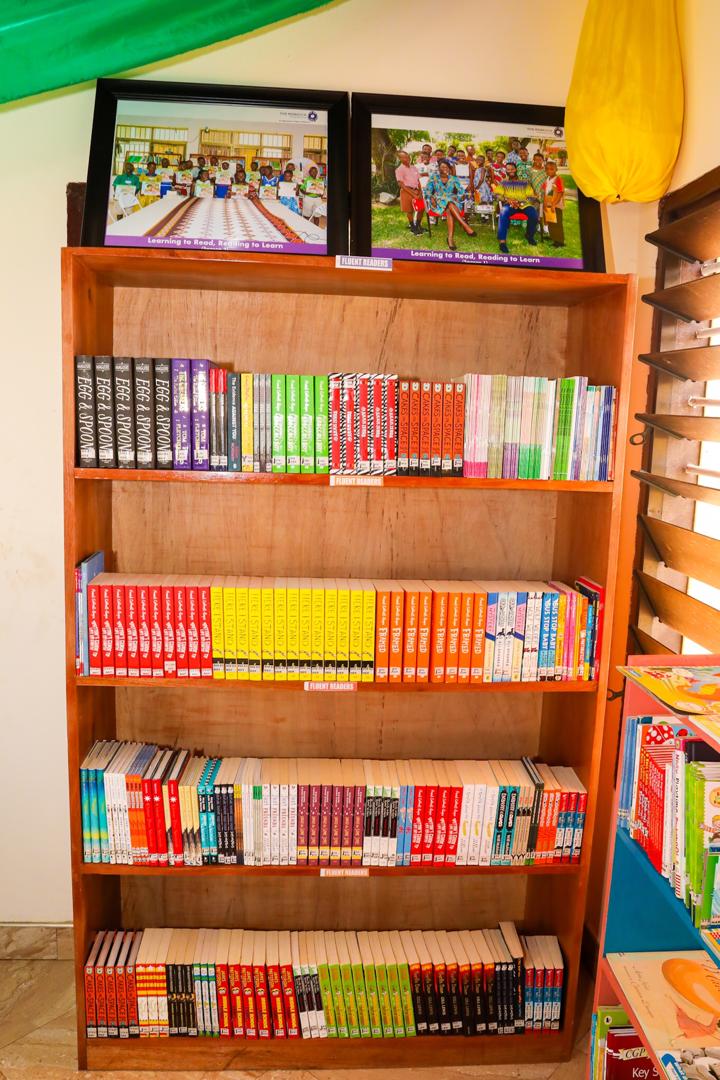 Stressing on the importance of reading and its many benefits Mrs. Akufo-Addo said in a growing competitive world, where life-long learning has become the only way to grow intellectually and build a wealth of knowledge, many children in sub-Saharan Africa struggle at the lower primary level to read in the official or any local language.

She observed that in instances where they could read, they were unable to understand what they read.

She said a vast amount of information in the world was spread through written works and considering the impact of newspapers, books, and the internet on our daily lives anyone with limited literacy skills is virtually excluded from written information that can change their lives.

Mrs. Akufo-Addo stated that it is this plethora of benefits inherent in the ability and habit of reading that informed the Rebecca Foundation to come up with the “Learning to Read, Reading to Learn” initiative.

It is a two-part concept made up of a television reading programme, now in its second season, and provision of much -needed libraries in some school clusters across the country.

She said the Rebecca Foundation has so far built three of such computerised libraries in the Dafiama Bissue Issah in the Upper West Region; Sefwi Debiso in the Western North Region; Wenchi in the Bono Region and will soon construct three more libraries at Kumawu in the Ashanti Region;  Krachi East in the Oti Region and Achimota School in the Greater Accra Region. 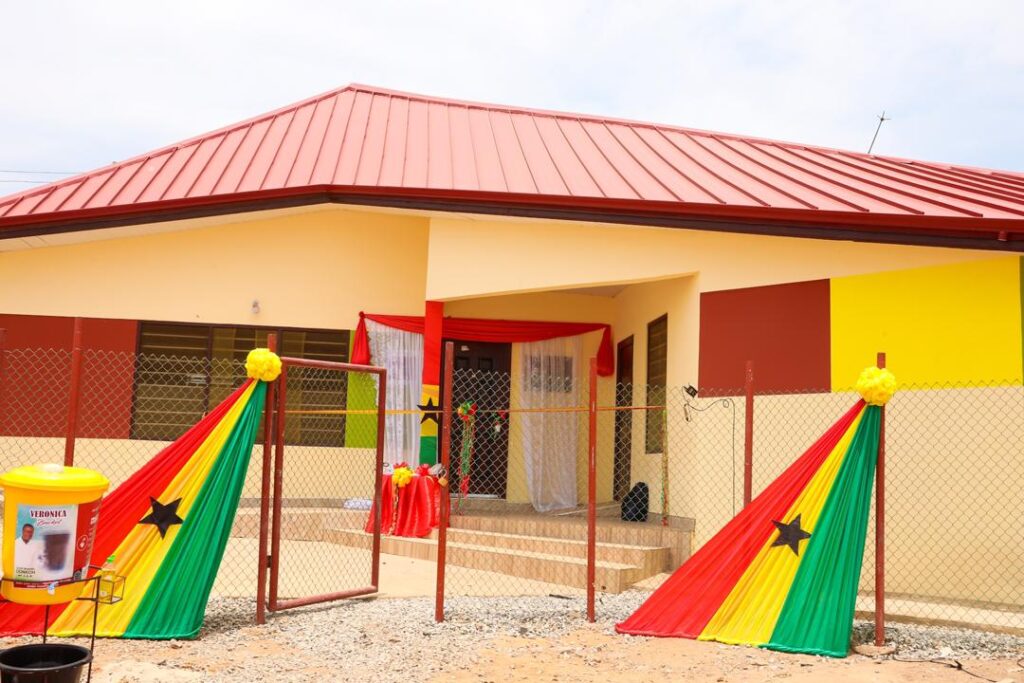 The First Lady charged the youth to strive to read as many books as possiblE.

“When I launched the Learning to Read, Reading to Learn initiative, I charged our children to read a book each day. I repeat this charge today. Read, learn new words, learn new things and consider writing your own little stories,” she stressed.

Mrs. Akufo-Addo also urged the Ministry of Education to incorporate library services as a critical component of the educational reforms for Basic schools, as research has shown the significant role of school libraries in building a reading culture. 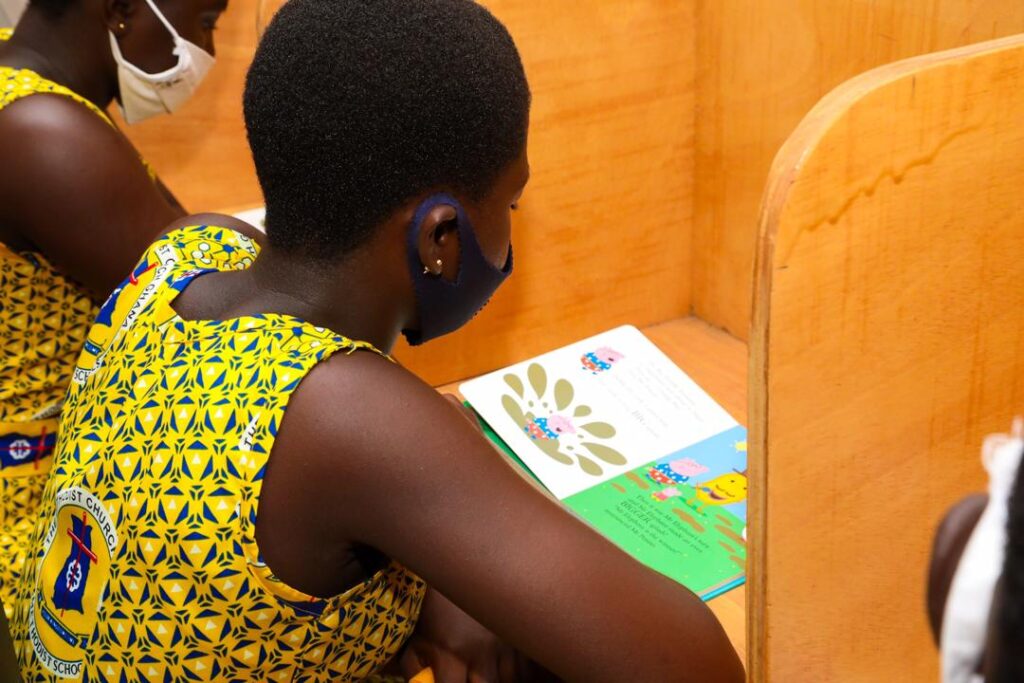 First Lady of the Republic of GhanaH.E. Mrs. Rebecca Naa Okaikor Akufo-Addo
Leave A Reply
Cancel Reply
You might also like
The Ghana Report Foundation

Why Johnson & Johnson is supporting mental health education in Ghana

CPP to revive over 50 collapsed factories