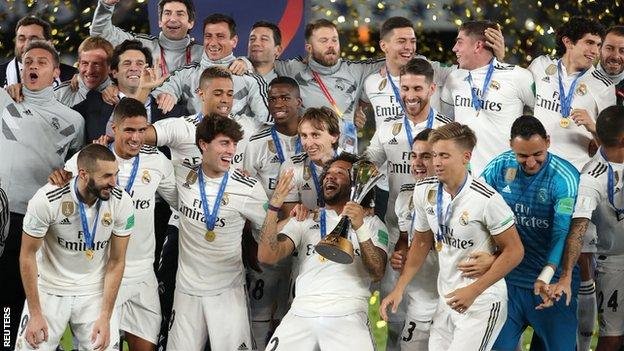 On December 22, 2018, 9:55 PM
Share
Real could have won by more. Lucas Vazquez hit the post early on and Gareth Bale – who scored a semi-final hat-trick against Kashima Antlers – went close with a spectacular bicycle kick which went just over the bar.

Al Ain had shocked River Plate on penalties in the semi-final but never looked like following that up with a famous win at the Zayed Sports City Stadium in Abu Dhabi.

Real now hold the record for most victories in the competition, which was first held in 2000, moving one clear of Spanish rivals Barcelona.